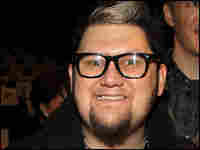 Research shows that sleep deprivation makes people emotionally volatile and temperamental — a fact that hasn't escaped the notice of some reality TV producers. In fact, though it's not always obvious to the audience, many reality shows feature contestants who could use a little more sleep.

Former Project Runway contestant Jay McCarroll says it took him a few days to figure out that producers were depriving them of sleep to heighten the drama.

"They work you till, like, midnight or 1," McCarroll recalls. "Before you know it, it's four days later. And you're like, 'Wait, I've slept a total of 11 hours in the past week!'"

McCarroll says he tried to take naps during filming but the lack of sleep really came across on TV, for him and for other contestants.

"It makes people crazy," he emphasizes. "It puts people on edge. It makes them irritable. Screaming."

This is not so different from what actual sleep researchers observe in the lab. Mary Carskadon at Brown University says sleep-deprived people tend to be emotionally volatile.

"You have the little girls on their sleepovers giggling themselves silly. But you also have people who have short tempers or easily cry," says Carskadon. "I guess all things that do make for high drama."

In other words, sleep deprivation makes for good TV.

Project Runway isn't the only reality show that's figured this out. On a recent episode of Top Chef, contestants had to pull an all-nighter to cater a wedding. And it looks like America's Next Top Model may also be depriving its cast members of their beauty rest. Former contestant Victoria Marshman told the blog IvyGate that sleep deprivation made the girls "physically ill and mentally insane."

But sleep researcher Carskadon isn't so sure. She notes, "I don't want to say that it's unethical, but maybe it is. There's documentation that sleep deprivation has been used as torture in prisoner of war settings."

The premise of Solitary is that nine "guests" are held in solitary confinement and subjected to the whims of an unseen, mechanical-sounding woman named Val.

"These people come in wanting to be tested," says Hiatt. "And if a tool like sleep deprivation makes somebody more raw, that's valid in that exploration of what are your personal limits."

He adds that contestants can leave the show anytime they want. All they have to do is push the little red button that takes them out of the running for the $50,000 prize.