Accessibility links
Bible Theme Park Faces Opposition in Tennessee Developer Armon Bar-Tur has proposed a $200 million Bible theme park on 280 acres in Rutherford County, Tenn. Not everyone is convinced it will benefit the county. 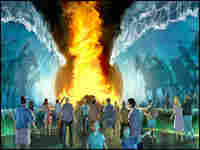 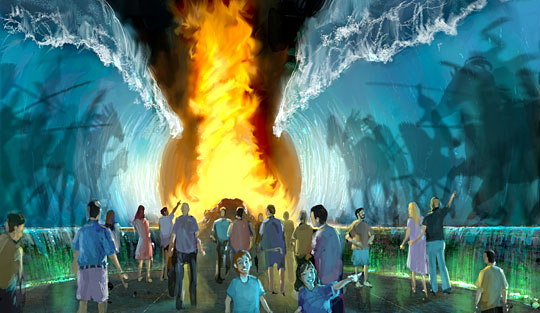 The developer's proposed display of an exodus experience. 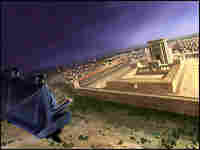 A rendering of one of the Bible park's rides. BRC Imagination Arts hide caption 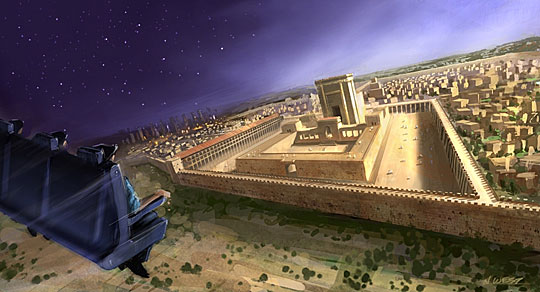 A rendering of one of the Bible park's rides. 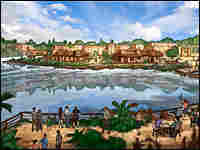 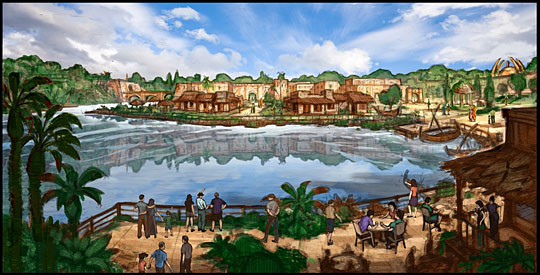 Visitors at the lake in the proposed Bible Park USA. 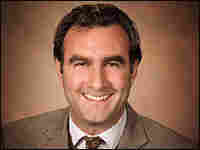 Developer Armon Bar-Tur is expected to find out this week from the Rutherford County board of commissioners if he can move forward with building the Bible theme park. Bill Shacklett hide caption 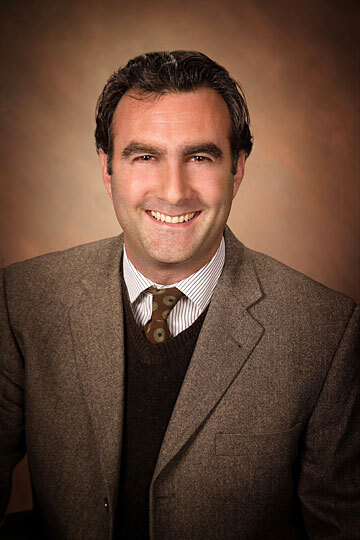 Developer Armon Bar-Tur is expected to find out this week from the Rutherford County board of commissioners if he can move forward with building the Bible theme park.

A developer wants to build what would be the country's largest Bible-based theme park in Tennessee, depicting scenes such as the parting of the Red Sea. But the plan has created a deep divide among locals.

Some welcome the $200 million, 280-acre Bible Park USA project as a way to bring in much-needed revenue to Rutherford County, while others are concerned about making money off the Bible.

The county's board of commissioners is gearing up to vote this week on whether to approve the theme park.

Not 'Six Flags over Jesus'

"Commercializing and tacky and it being a Six Flags [theme park] over Jesus," he says.

But that's not what he's going for. Unlike smaller religious attractions, Bar-Tur says, the park would focus on the historical aspects of the Bible — not on ministry.

"There's a lot of people who would like to go on a trip to the Holy Lands," he says, "but only a small percentage do, and that's because of time, money and fear," he says. "The idea is that people could come to the park and see a lot of similar ideas and recreations that you would see."

Rather than roller coasters, think actors working in a Galilean village. Instead of a waterslide, imagine an indoor exhibit on the parting of the Red Sea with water shooting into the air and the booming voice of Moses raining down.

Bar-Tur says the park would be a boon for Rutherford County, generating a projected $125 million in tax revenue over the next 25 years.

Not everyone is convinced that the theme park would be a godsend.

"This man showed up, gave us this great idea that we never thought of and nobody ever had a need for — and all of a sudden in a little bit of a down year where we're looking for a little bit of a revenue, everyone sees it as a panacea," says resident Scott Yaeger, standing across from the rolling green fields slated for development with a handful of folks who oppose the park.

Detractors are worried about traffic and noise and water use — the typical "not-in-my-backyard" kind of stuff. And they don't believe Bible Park USA would pull in the 1.5 million people annually that the developer says it will.

"If the people in the so-called Bible Belt don't want to visit the park or think they might visit once and never return, what's going to bring the people in from outside that realm of the Bible Belt to make it an even bigger draw?" says Brandon Whitt who farms part of the land the park would occupy.

Whitt also says the idea of a nondenominational, nonreligious attraction doesn't sit well with him. He says he's got a problem with people making money off the Bible.

"Do I want to go down to all the Christian book stores and say, 'You don't have a right to sell your products?'" Burgess says. "It's the same kind of approach, and I just really don't think we need to go there."

The park would be financed in part by county-backed bonds and deferred taxes in return for future revenues generated by the park. And Burgess and others say it's money that the county — which used to be rural but where the fastest-growing crops are now housing developments — badly needs.

That's also why longtime residents like Donald McDonald support the development. McDonald recently held a community meeting to tell residents about the "good points of the park," like the money it is expected to bring in, because he says locals have already heard "plenty of the bad points."

Outside the meeting, resident Helen Campbell says it's a shame the park project has become so divisive in a mostly Christian community. She says she would be happy to take her kids to the park, and that she doesn't believe people who say the developer is trying to pull a fast one.

"We are not a small community anymore," Campbell says. "We're growing very quickly and I think that this is a wonderful opportunity."

Some seem to be moving toward Campbell's way of thinking: More than 100 people attended the theme park's job fair this month.