Excerpt: 'What Happened to Anna K.'

Excerpt: 'What Happened to Anna K.' 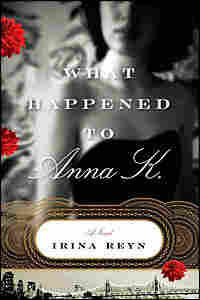 Anna K. was not the only pale woman in a black shearling to glide along 108th street in Rego Park, but she was the most striking. A Tajik shopkeeper, about to weigh a bag of unripe persimmons, paused in order to follow the course of anna's backside as it made its way down the block.

What set her apart from the others, at least in her own mind? Her curls, for one--black, lustrous, caressing the bottom of her neck. Her green eyes, the color of leaves in midsummer. Her walk, perhaps, delicate, thought-through, her toes jutting slightly outward. The more observant man might notice the litheness of her torso, her proactive breasts, substantial hips, regal posture, a sharp, even precarious, gleam in her eye.

She walked by the Russian groceries, where women abused store proprietors over the price of sausages. Anna passed stores she had not entered in years. There was European Fashions for Less, and across the street, International Couture and Parisian Chic, with their mirrored walls, their fur-swaddled mannequins, their sequined gowns with padded shoulders. Their saleswomen, who swore that only the most fashionable women of Moscow, Paris, London were stepping out in this leopard-print pantsuit, that fur-collared ballerina dress. Whose skin was overmaquillaged, traces of foundation streaking their cheeks, their plump middles betraying an overindulgence in Stalin sausages. One of them, sporting a severe blond bun and a black apron, chain-smoked outside the front door, watching Anna as she walked past.

By the time Anna left Queens, she grew to detest those stores. But her dear mother would never renounce them no matter how many Longchamp bags Anna bought her. Her mother thought paying retail was for the very rich or the very foolish. Give her a good, crowded Daffy's, squinting women ransacking blemished Italian cashmere, or a T.J. Maxx, with its hope of a decent Ralph Lauren handbag lying unmolested among the tangle of braided straps. According to New York magazine and the new wealthy daughters of oligarchs, Anna and her mother were considered "sausage immigrants."

There they were, her parents, just nine blocks away from 108th street on Sixthy-third Road (though in Queens, one must also take into consideration Sixty-third Avenue and Sixty-third Street and Sixty-third Drive, as if the effort of naming were quickly abandoned here), on the fourth floor of an eighteen-story building. Attached to their building was a desolate playground where Anna had played as a child, hoping a sympathetic soul would materialize to form the other half of a seesaw configuration. Later, in her teens, Anna could be found reading on the swings until her mother yelled out the window that it was time for dinner.

In the elevator, just press the number five, walk one flight down (the elevator stopped only on odd-numbered floors), turn left, knock on the lemon-colored door, and voila, you've reached the Roitmans'!

Her mother had already started planning the wedding; as Anna walked in, she was sprawled in her house robe on the living room rug, the names of family and friends scattered around her on little pieces of paper. "Table twelve," she muttered, dooming several slips of paper to this particular fate.

Anna K. required no pleasantries at the door, no kisses, no interruption of routine. She had her own set of slippers in the hall closet; they were pink chenille, worn down at the heel. She slipped off the shearling, releasing the scent of lavender, the fresh smell of outdoors mingled with Penn Station sweat. She had just seen off her fiance, Alex K., on a business trip to Philadelphia.

"Hello, Mamochka," she said, giving her mother, then her father, a kiss. Papochka sat in his boxers on the living room couch, buried inside a Novoye Russkoye Slovo. His fingers were black with newsprint; he thumbed through the paper in his white, stretched-out tank top, his rolled-up socks.

"Can you believe what's going on in the world?" he said without looking up. "Did you know that we have another Stalin and he has practically the same name?" When not spearheading the demise of yet another unprofitable business venture, Papochka's most sustained interactions were between himself and the paper, lovingly folded and chronologically filed away, only to be thrown out by Mrs. Roitman when he wasn't looking.

The wedding would be at Faberge, the classiest Russian restaurant in Brighton Beach. The restaurant boasted that its dancers were all former Bolshoi Ballet corps ballerinas, although Anna believed they were shipped directly from Uzbek strip clubs. Only the best vodka for Anyechka's wedding, it was already decided, none of that Smirnoff crap, only the best wine, one that costs more than $20 a bottle. For God's sake, you can't go Loehmann's on everything.

It was her turn now, Natasha Roitman's, and how long she had waited for it to be her turn. Her daughter. How many questions had she been forced to answer about her daughter's single status, her American, non-Jewish boyfriends? her beautiful Anna unhappy despite all her physical advantages, eyelashes that needed no curling, skin the color of coconut flesh, breasts that called attention to themselves, really they were lovely breasts, nothing at all like her own had been, lumpy and conical. Sure, they had had to work on those thick, snarling eyebrows and leg hair early in anna's life; they had to buy her a first bra when she was only nine, but what teenage girl didn't have a few adjustments to make when transitioning into womanhood?

And yes, Natasha could admit that Anna tended to stoop when she sat in backless chairs, like a drooping reed, her nose almost in her soup, and she did look thoroughly washed-out in browns and taupes and she could use a little teeth-whitening. And if she followed Natasha's prescription of running a tea-infused ice cube over her eyes in the morning, all that puffiness around her eyelids would be reduced, but considering Rosa's daughter had been dyeing her gray hair for eight years now, Anna was in pretty good shape for thirty-seven.

On the carpet, the future Anna K.'s mother divided people, carefully arranging them into different strata of tables. The Manhattan Russians in the front, closer to the stage--the best seats in the house-- followed by the outer boroughs Russians, the California Russians, the New Jersey Russians, and so forth. The Midwestern Russians would be squirreled away at the back tables. She didn't blame them, of course, but what could the poor dears do, with nowhere to go in the evenings, among all that snow and industrial soot? How could they know you don't wear turtlenecks to classy Brighton establishments? Or even worse, taking that single "good" dress out of mothballs, forgetting one has worn it to countless birthdays and anniversaries and weddings, the same too-small "special occasion" dress, with its lacy arms, its mermaid shape, its matching fringe-heavy shawl? No, the Midwesterners would sit right there, Anna's mother decided.

In the past, when Anna came to visit, her parents would put on the kettle for tea and ask her questions about the men she was seeing; they would compliment a new blouse, a handbag. They would gossip about their circle of friends. How comfortable to come home, to have a permanent place at the table! Now Anna couldn't sit still; she ran a paper towel under tap water and wiped dust off the bookshelves, caressing her old Austens and Hugos and Alcotts. She rearranged the framed black-and-white pictures on the top shelf: the three of them in Moscow, the studio portrait of eight-year-old Anna, proud in her Soviet school uniform--two years later she would no longer be Soviet. She dialed Alex's cell phone. "Please leave message," the voice mail demanded.

"This is Anna K.," Anna said for the first time, trying it out. She pictured Alex on the train with his colleagues. They might be unwrapping sandwiches from home, salami and cheese, maybe, pressed between slices of cucumber on pumpernickel bread. She was jealous. Ever since she was a little girl, Anna had loved trains.

She still remembered the overnight trains from Moscow to Ukraine taken when she was a little girl, when she and her parents were going to visit her paternal grandparents. The excitement of the long voyage, the strong, bitter tea served in the dining car, the unfurling of a tin of black caviar, the fragrant smell of garlic. All she knew was that by the time she took the train back to Moscow, she would be changed by all the mysteries that greeted her on the other side. Listening to the villagers' exotic Ukrainian accents and words, the simplicity of the local children's games--hide-and-seek, mostly--laced with the fear that the resident Baba Yaga would scoop you into her burlap sack. Gathering mushrooms in the forest (whoever found one would call out, triumphant, before dropping it into the wicker basket)--their scent of minerals and earth when fried with onions. Rising so early to play with the other kids that night still clung to the damp morning air. Drying blue currants under the hot sun, the berries spread out in rows on cots, the holes standing for each berry stolen, popped in the mouth. And then the train back to Moscow, couchettes beckoning like cocoons, and then, home with all the sweet pleasures of familiar routine.

"Once you find the right wedding dress," her mother said from the rug, "write down the make and number. Masha will order it for you for half price from her store on Kings Highway."

Anna watched her mother for a while, who murmured to herself as yet another table was completed. If there was a moment to say what was on her mind, to sit her mother down and say, Mamochka, you see, I've been having some serious doubts..., to squeeze her mother's hand and wait for her to make it all right again, to make the unpleasantness disappear the way she managed when Anna was young, with a single wave of the hand, a hot bowl of mamaliga, and, poof, it was gone. If there was a single moment, a window to change her destiny, this might have been the time, still so early in the whole process, when her mother's heart was not entirely invested in her tables, her linens, her vodka, her Masha, and that awful shop on Kings Highway, with its cheap, imitation Prada bags. Anna knew this was the time to speak, here with Mamochka and Papochka, the paper, the unbrewed tea in the kitchen. but from her vantage point in the chair watching the two of them, the gray invading their hair, all the extra girth and wrinkles they were carrying around (Papochka especially in that tank top, the sagging folds of skin on his forearms, and what about Mamochka--the unnatural coral of her hair, her girdles?), Anna found herself lacking the strength to make them wait for something that did not appear to be coming for her. That train had already passed.

Excerpted from What Happened to Anna K. by Irina Reyn. Copyright (c) 2008 by Irina Reyn. Reprinted with permission from Touchstone, an imprint of Simon & Schuster, Inc. All rights reserved. 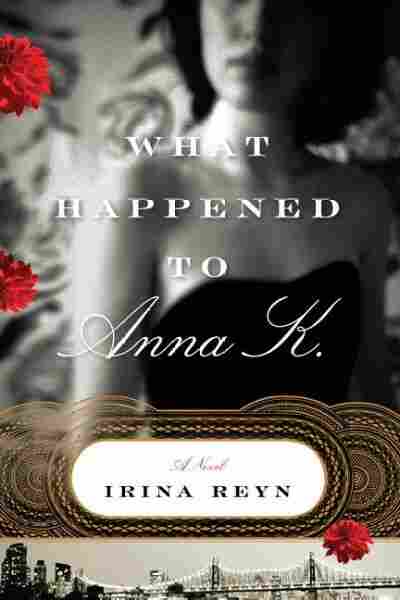 What Happened to Anna K.