Accessibility links
Brian Blade Fellowship: Open-Sky Music "Return of the Prodigal Son," like the parable from which it draws its name, is a homecoming story. Eight years have passed since Brian Blade Fellowship's last release, and during that time, Blade himself has been more prodigious than prodigal.

Return of the Prodigal Son

Return of the Prodigal Son 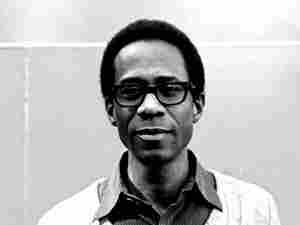 Jazz's underlying potency often reflects the power of the African-American religious experience. When jazz musicians serve the song, the ensemble functions like a congregation. If the goal is a visceral transfer of emotion, then redemption is at hand.

Few have matched the intensity of the quest the way saxophonist John Coltrane did in the 1960s. But the Brian Blade Fellowship, a sextet whose name underscores its chief tenet, is finding the path of the enlightened. Blade, the son of a Baptist minister from Louisiana, has been the propulsive drummer behind Wayne Shorter, Bob Dylan, and Joni Mitchell, as well as a number of Daniel Lanois productions.

The song, like the parable, is a homecoming story. Eight years have passed since Fellowship's last release, and during that time, Brian Blade has been more prodigious than prodigal. Waste not, want more.

On June 18 at 9 p.m. ET, WBGO and NPR Music present the Brian Blade Fellowship in concert at the Village Vanguard in New York.