Accessibility links
After Apple Records: Musician-Run Labels When The Beatles' members started Apple Records 40 years ago, they still depended on larger companies for the basics. Independent labels, including some run by musicians, have come a long way since. A small but growing number of musicians are taking the idea of the independent label even further. 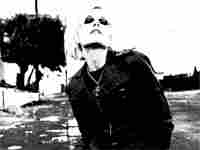 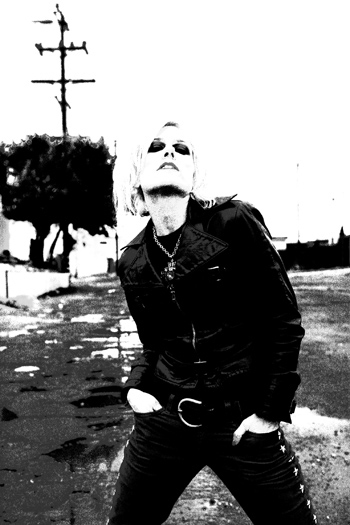 Songs from the Story

He's Got the Honey 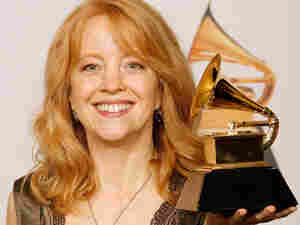 When The Beatles' members started their own record label 40 years ago this week, they still depended on larger companies for the basics — including recording, manufacturing, and distribution. Independent labels have come a long way since, including some that are run by musicians. A small but growing number of musicians are taking the idea of the independent label even further.

At a time when many record labels are complaining about a seven-year slump in CD sales, independent Merge Records is coming off some of its best years, with albums by critical favorites Spoon and Arcade Fire cracking the Top 10 on the Billboard charts.

The label's co-founder, Mac McCaughan of the band Superchunk, says that Merge was built from a fan's point of view.

"We have always approached running a record label from the standpoint of being big music fans," McCaughan says. "The people we sell records — they're pretty hardcore music fans."

That intimate relationship with consumers is a big reason for Merge's success, according to Douglas Wolk, who writes about music for Spin, Pitchfork, and other media outlets.

"The labels that survive into the future will have to adopt that position of being boutiques, of being small, or being passionately oriented toward the audience," Wolk says.

Reaching Out to Fans

Musicians today can get music directly to their fans and talk to them through their Web sites and MySpace pages. But they still have to pay for recording, which led singer-songwriter Jill Sobule to ask her fans for help.

Sobule has recorded six albums for four different record labels. For her latest, Sobule is going it alone: She put up a Web site in November asking for donations. Contributors would get the finished CD, of course, but — inspired by the spirit of the public broadcasting pledge drive — she offered thank-you gifts as an enticement.

She offered T-shirts, writing theme songs for contributors, and performing house concerts. At the highest contributing level, fans could sing a duet with Sobule on the record. That's how Sobule found herself in a studio with Jo Pottinger, a businesswoman from London.

Pottinger was the only donor who gave at the top level of $10,000. Sobule says that 400 fans chipped in to the tune of $80,000, which Sobule will use to make and promote her new record.

Fan-funding isn't brand new. Other bands have tried it, and a jazz label in New York has based its entire business model on the idea.

Bandleader Maria Schneider has won two Grammy Awards for her label ArtistShare without selling a single CD in stores. The label announces a new project, and fans who contribute get a finished CD. But they can also watch the project evolve through videos and blog postings on the Web site. ArtistShare founder Brian Camelio says that if you give enough, you can even hang out with your idols.

"You can come into the studio and see them record if you want," Camelio says. "There's all different levels of participation. That's how we fund the recording."

Some artists are trying to give their fans an even bigger stake in the recording process. Singer and guitarist Donita Sparks put out her new CD with no backing from a label, and to do so, she formed C.A.S.H.

C.A.S.H. stands for Coalition of Artists and Stake Holders, a company Sparks helped launch earlier this year. She's asking her fans to support her summer tour and her next record. But instead of taking donations, Sparks is giving fans a chance to invest in the so-called sync rights to one of her songs.

"Meaning if that song gets picked up for a commercial, a TV show, any kind of commercial use, they're going to share in the profits," Sparks says. "Stakeholders, you know?"

This fan-funding model may work for industry veterans like Sparks, who used to front the popular grunge band L7. But it won't work for everyone, Wolk says.

"It only works for artists at a certain level who have very, very devoted fans," he says. "And enough disposable income that they're interested in participating somehow."

Even Sobule — who just raised 80 grand directly from her fans — admits she's having second thoughts about going it alone after getting feelers from a couple of labels.

"It was really tempting," Sobule says, "and I thought, 'Well, I don't think I can do this right now, because I already made such a stink about not going with a record label.' Part of me was like, I wish I hadn't. But, no, I'm going figure out how far I can go."

At least she won't have to worry about paying back the advance.