Accessibility links
Action Needed to Halt Staggering Cost of Beer The world's most important liquid is more expensive than it used to be. No, not oil. Beer. The cost of two of beer's main ingredients have skyrocketed over the past year. Microbrews and imports are often $3 more per six-pack than a year ago. Our leaders must step in. 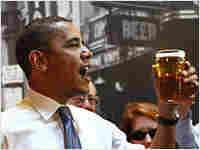 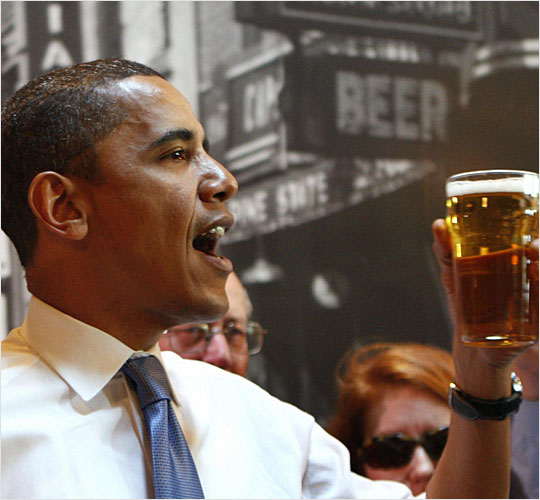 The world's most important liquid is more expensive than it used to be. No, not oil. Beer.

The price of hops has jumped from 80 to 450 percent thanks to a worldwide shortage. A 20 pound bag of malted barley, whatever that is, is up as much as 57 percent. As a result, microbrews and imports are often $3 more per six-pack than a year ago.

And yet our politicians prattle on about the war in Iraq, health care and the mortgage crisis. ... Enough! Let's talk substance. Let's talk beer.

Barack Obama may be the only candidate who cares. He recently ordered a PBR while campaigning for some primary. Yep, a Pabst Blue Ribbon. Why's he ordering the same cheap beer I do? Some say he was pandering to the blue-collar vote. But, is this finally a candidate who (how shall I put this?) feels our pain?

Consider your average hipster/temp. His wages have stagnated while the price of everything else has risen. If he still wants those micros or imports, he'll have to work late, get a second job, or — God forbid — get a real one.

I'm not saying it's a great idea. I'm not even saying the conclusion of this essay makes sense. I'm just saying (SOUND EFFECT: BEER CAN OPENING, GULP). Ahhhh... I'm sorry, what was I saying?

Improv comedian Dennis O'Toole lives in Chicago. He is 33 years old and wishes someone — anyone! — would still card him.