Accessibility links
Lorraine Feather: Songs for the Little Things The daughter of famed jazz journalist and producer Leonard Feather first tried to make a career as a stage actress. That's when she started to translate her minor aggravations into song lyrics — and singing them.

Where Are My Keys? 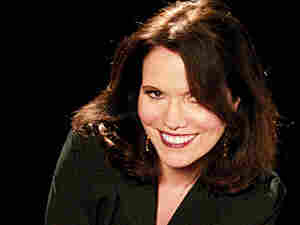 "I wrote this song ["Where Are My Keys?"] because I am very absentminded," Feather says. "And more than almost anything I've written over the years, people have said, 'It's the funniest thing, because my fill-in-the-blank wife/husband/girlfriend is always losing her/his keys.' But often when I'm working on a song, I think of one line that amuses me, or a title, and I just decide to take it from there."

The vocalist, daughter of famed jazz journalist and producer Leonard Feather, didn't always plan on going into jazz. She says she first tried to be a stage actress in New York, but found that she could make money with singing gigs. And then she discovered a creative spark.

"Then eventually I started writing lyrics for fun, and it struck me like a thunderbolt," she says. "I loved doing it so much, so it just took over my life."

Lorraine Feather spoke with Susan Stamberg about some of the minor hassles — traffic, waiting tables, sitting on hold — which she transformed into songs on her new album, Language. She says she gets song suggestions from kvetching fans all the time.

"Yeah, or I'll say something like, 'I got this eco-friendly nail polish that doesn't have any formaldehyde, and it's water-based, but it's just coming off my nails in sheets," she says. "They go, 'Oh, you could write a song about that.'"