Accessibility links
The Pull of the 'Hakawati' Rabih Alameddine discusses his new book, The Hakawati. As the protagonist sits by the bedside of his dying father, the reader is pulled into an otherworldly web of stories inspired by Arab legend, Greek myth and the Bible.

Listen
The Pull of the 'Hakawati'

Rabih Alameddine discusses his new book, The Hakawati. As the protagonist sits by the bedside of his dying father, the reader is pulled into an otherworldly web of stories inspired by Arab legend, Greek myth and the Bible.

Rabih Alameddine published his first novel ten years ago. It was an impressionistic work with characters struggling against AIDS in America and civil war in Lebanon. He followed up with a novel made up entirely of first chapters, and now his latest, a fantastic tapestry called "The Hakawati."

After reading it, my colleague Jacki Lyden said she didn't want to return to the mundane world. Here's Jacki.

JACKI LYDEN: A man returns to his native Beirut after long years spent in Los Angeles to visit the bedside of his dying father. That's the brightest thread of this tale, but this is the story of a thousand threads, interweaving legends, fables and parables. There are the mythic wars of Arab lore and the real civil war in Lebanon.

One thread leads us straight to the underworld where the prophet Muhammad's daughter Fatima is reinvented as a conquering heroine.

Mr. RABIH ALAMEDDINE (Author, "The Hakawati"): (Reading) I know who you are, Fatima said to the keeper of the marble gate. The violent imp looked surprised. And I know who you are, he said. This must be the final gate. I have arrived at the last domain. You are Adam.

LYDEN: A story that ranges from the seven gates of the underworld to a deathbed in Beirut could only be told by a real storyteller, a hakawati. Author Rabih Alameddine titled his book "The Hakawati," but he told me these traditional storytellers are a dying breed in the Middle East.

Mr. ALAMEDDINE: At some point, you know, hakawatis were the primary form of entertainment. They could tell a story and expand it for about, you know, six months to a year. They could go on and on and on. Basically they were paid on whether the audience wanted them back or not. If they weren't able to hook an audience, they went hungry. And if, you know, God forbid at one point if they couldn't tell a good story they were beheaded.

LYDEN: You have a protagonist in here. I mentioned the young exile visiting his father. And his name is Osama al-Harat and I guess the name Harat means fibster or liar in Arabic.

Mr. ALAMEDDINE: Yeah, harat is actually, it's a Lebanese dialect word. It comes from the mapmaker, somebody who makes a map. And it basically means somebody who tells fibs or exaggerate tales a little bit. It's not a bad kind of liar. It's just somebody who you can't rely on to tell the exact truth.

LYDEN: I want to begin at the beginning, Mr. Alameddine, if you'll allow me. And perhaps you...

LYDEN: ...you would join after me. This is from page one. (Reading) Listen, allow me to be your god. Let me take you on a journey beyond imagining. Let me tell you a story.

Mr. ALAMEDDINE: (Reading) A long, long time ago, an emir lived in a distant land in a beautiful city, a green city with many trees and exquisite garden fountains whose sound lulled the citizens to sleep at night. Now, the emir had everything, except for the one thing his heart desired, a son. He had wealth, earned and inherited, he had health and good teeth, he had status, charm, respect. His beautiful wife loved him, his clan looked up to him, he had a good pedicurist. Twenty years he has been married - 12 lovely girls but no son. What to do?

LYDEN: What possessed you to wind Osama's narrative, as he returns to Lebanon, between all these other tales? Because we meet many, many other characters here. We meet Fatima, who appears to be a goddess here. We meet Baybar, the slave king. We meet imps, we meet djinns, we meet witches and horses with magical powers. They're the atmosphere and the real people sort of feel like the mortals walking around in this fairytale atmosphere.

Mr. ALAMEDDINE: Well, they are mortals. And I think it was Roberto Calasso who said, you know, a life in which the gods are not invited is not worth living. And what I tried present basically, I mean, why did I do this? My first intention first and foremost was to tell a great story. And I began to realize that, for whatever it's worth, we are losing the ability to tell just a magnificent tale.

We seem, particularly over here in the West and in America in particular, to have forgotten that we are in large measures the story we tell ourselves about ourselves. So what began to happen was that the family story, which is detailed and tells a very specific thing, then it started to go into the history of this family. How the family was formed, the stories that they told about how the family was formed. And then basically the stories of the culture.

And all of them interweave together to basically define the character and define the people in the story.

LYDEN: I also thought that, in this book, people are often entering the world of legend when the real world is painful and that is, after all, one of the places that the imagination springs from. In other words...

LYDEN: ...when your fictive family is suffering the real pains of the Lebanese civil war, the mother in this book will say, tell me a story, distract me, enchant me. And the imagination serves that function too.

Mr. ALAMEDDINE: Oh, absolutely. And, you know, I jokingly say if there was one great thing about, you know, the Lebanese civil war was that it forced me to read. And we tell stories. You have to - you cannot keep thinking about how hopeless the situation or that you might get killed in the next second. Some of the greatest stories, and I have some in this book, were told to me by fighters.

And the families in the bomb shelters. If you go through any culture that has had wars, go to the bomb shelters and you'll hear some amazing stories. Yes, it's a necessary thing that we actually both distract ourselves and it's a way to bond.

LYDEN: When Osama goes back to Beirut and his father is passing away, the family celebrates one last feast together, one last feast of Eid. And then the father begins to slip away. What stories is Osama telling at the end of this book to reconcile his life in the past in Lebanon and his father's life?

A family may have its members pass away, but the family itself goes on, and the stories of everybody go on.

Mr. ALAMEDDINE: In many ways for the Lebanese, the mere act of breathing is telling a tale.

SEABROOK: For parting words about storytelling, who better to turn to than the master of American storytelling? Samuel Clemens, better known by his pen name, Mark Twain. He wrote: truth is stranger than fiction, but it's because fiction is obliged to stick to possibilities. Truth isn't.

SEABROOK: And that's ALL THINGS CONSIDERED from NPR News. I'm Andrea Seabrook. Have a great week. 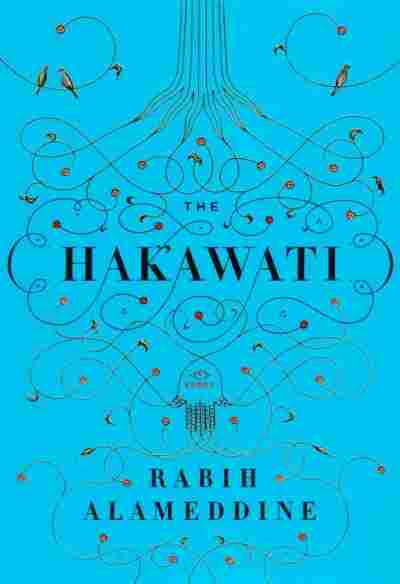