Accessibility links
Finding Hope in Hip-Hop Laura Hall used to hate the hip-hop music her husband listened to. But when she had to quit school and take a factory job to support her family, Hall started to hear the songs in a new way. Now she says hip-hop is a source of inspiration for her. 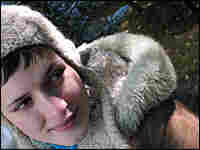 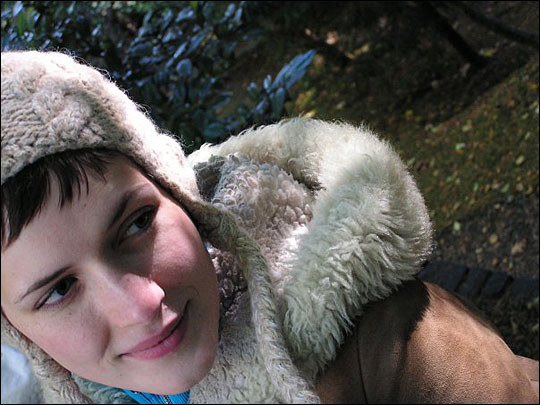 Laura Hall works at a garment factory and takes classes at Brigham Young University. She volunteers with the National Alliance on Mental Illness, leading classes for family members of people who suffer with mental illness. Hall lives in Provo, Utah.

I believe in hip-hop. And being a white girl born and raised in the whitest conditions, it surprises me that I've come to this belief — especially since I used to hate this music. My husband, Adam, would try to play it in his car while we were dating, and I hated it so much that I would give him the silent treatment.

But nine months after we married, Adam was diagnosed with bipolar disorder. To take care of him, I dropped out of college to work a factory job that provides mental health insurance coverage. My American dreams of an education, job, house and kids dissolved. My working-class life began.

One Saturday I sat alone on the floor in our tiny apartment, piecing a quilt, when the CD changer switched to a Mos Def album that Adam had been listening to a few days before. What had once sounded like a muddle of words to me took form and my belief in the message of hip-hop began, and this is what I heard:

All over the world hearts pound with the rhythm
Fear not of men because men must die
Mind over matter and soul before flesh,
Angels hold the pen, keep a record in time

I listened carefully to the entire album and actually heard what Mos Def was saying. I heard his call for self-reliance and his cry for equality. But more than that, the music let me feel the struggle of another person's life experience.

Because I haven't achieved my own rise from struggle to success, I rely on other peoples' stories to revitalize my hope. And I find that some of the most compelling come through hip-hop. I believe in the rhymes of socially conscious M.C.'s who rose from difficulty and used their success to address societal ills and their desire for change, artists like Blackalicious, Jurassic 5 and Bahamadia.

I believe in the story of the genre itself. Hip-hop was created in the housing projects of the Bronx by people whose struggle was more severe than anything I could have imagined before. But they were brilliant and innovative enough to rise above it.

Hip-hop is my gateway to their lives and learning about African-American history. References to people and events in songs have me searching at the library through books and documentaries where I've discovered inspiring people who were never mentioned in my all-white schools.

Now I like hip-hop more than Adam does. It's what gets me through my day. Working with the beats helps me move faster, increasing my piece-rate pay by a dollar an hour. My dream is to help those who suffer with mental illness. I want to fight the problems of inaccessible treatment, incarceration, stigma and homelessness all resulting from mental illness. The only problem is that I work in a factory all day, everyday, just to pay for the medications Adam needs to get by.

But no matter how tired or hopeless I am feeling, hip-hop helps me look beyond my own circumstances to find the determination I need to move forward.