Accessibility links
Miami's Condo King Changed City's Skyline There are few American cities that have changed more in the past decade than Miami. Just a few years ago, downtown Miami was a daytime-only destination. Today, thousands of people live there and thousands more are on the way, and it's largely because of Jorge Perez. 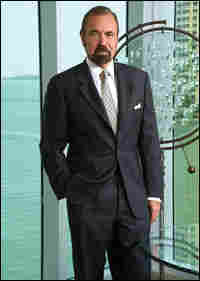 Real estate developer Jorge Perez is involved in projects throughout Florida and Latin America, but he's had the biggest impact in Miami. The Related Group hide caption 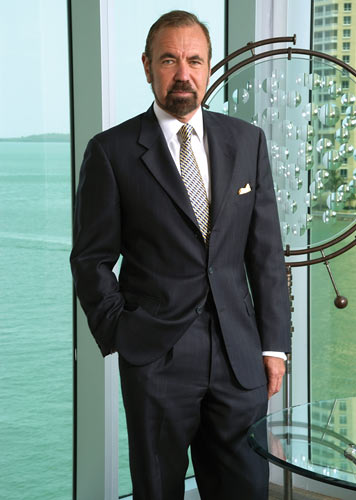 Real estate developer Jorge Perez is involved in projects throughout Florida and Latin America, but he's had the biggest impact in Miami. 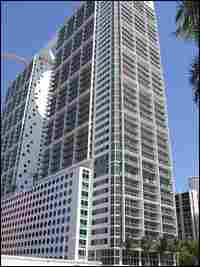 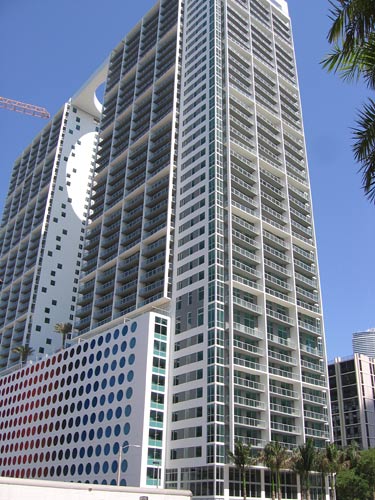 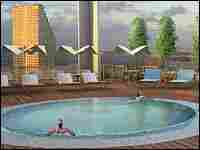 The condos at 500 Brickell feature rooftop pools among other luxuries. The Related Group hide caption 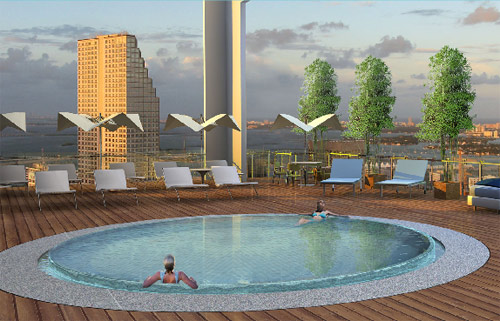 The condos at 500 Brickell feature rooftop pools among other luxuries.

There are few American cities that have changed more in the past decade than Miami. Just a few years ago, downtown Miami was a daytime-only destination. Today, thousands of people live there and thousands more are on the way, and it's largely because of Jorge Perez.

Perez is more than just a Miami developer. He's No. 271 on Forbes' list of the 400 richest Americans. His company, The Related Group, is involved in projects throughout Florida and Latin America.

But it is in Miami where he has had his biggest impact. Within several blocks downtown, Perez has five big high-rise projects either under construction or recently completed. And they're all residential condominiums.

"We try to do the urban buildings — buildings that have restaurants and shops, and they're on the street and make walking a much more pleasurable experience like it is in Paris or New York or London," Perez says.

Perez looks every bit the part of the billionaire developer. He's in his late 50s, impeccably dressed, with a close-cropped beard. He's just released a book that details his business philosophy and career path — starting as a bureaucrat with Miami's planning department and eventually becoming one of the nation's most prolific and successful developers. It's called Powerhouse Principles: The Billionaire Blueprint For Real Estate Success.

While he's built apartments, offices and retail complexes, Perez admits to being fascinated by high-rise condos. In part, he says, it's because they make economic sense. But there's also another, more personal reason.

"It gave us an opportunity to create greater buildings — more architecturally beautiful buildings — with great interiors," Perez says. "It gave me a chance to work with some of the world's best architects and designers. So that was very, very important to me."

The newest of his Miami condo projects, called 500 Brickell, is in the middle of the city's construction boom.

Looking at all the activity, you can almost forget about the severe problems in the nation's housing market, which have hit Miami condos hard. Many buyers, faced with closing on a unit that may not be worth what they paid for it, are defaulting on their contracts and walking away from $50,000 deposits.

Closings at 500 Brickell are just getting underway. Sales manager Jesse Otley says he is not worried about defaults because at $500,000 for a two-bedroom condo, he believes even in this market, buyers are getting good value. To emphasize his point, he takes a reporter on a tour of the building.

The 11th-floor "amenities deck" features a teak-covered floor, a pool-bar area and "the infinity pool, absolutely beautiful pool that joins the two buildings together," Otley says.

The building boom in Miami began just a few years ago, and Perez is one of the people responsible. After a decade of building high-rise condos on Miami Beach and in other resort areas, in 2004 he tried something new: He tore down an aging hotel in downtown Miami and put up a new style — a high-rise urban condominium.

It sold out immediately, and many other developers soon followed. Today, much of Miami's waterfront along Biscayne Bay is one big construction site. But here and there, you can see a new type of city emerging — a place that doesn't shut down at sunset — where people live as well as work.

At the University of Miami, where Perez's name is on one of the school's architecture buildings, Dean of Architecture Elizabeth Plater-Zyberk agrees that too many condos were built too quickly. But in the long run, she says, the building boom will be only good for Miami.

"We built some pretty good buildings because there was a certain amount of competition," Plater-Zyberk says. "And so design was considered important by the developers. And some pretty good architects have built a lot of these buildings. That's a legacy that will remain for the benefit of the city."

But, in the meantime, with the collapse of the real estate market in South Florida, foreclosures are rampant in many of Miami's established and recently completed condominiums. Not all developers are expected to emerge unscathed. But those with deep pockets, like Perez, can afford to hold on to their unsold condos and rent them out until the market improves.

He's had his setbacks. In Miami, his plans for a three-tower complex in Coconut Grove were recently put on hold by a court ruling that they'd been improperly approved.

But Perez says he prefers to take the long view and focus on the new city that he's helping to build.

"You know, somebody will say, 'Don't you feel responsible that you contributed to the glut?' And I said, 'No, I feel responsible that I contributed to making Miami a true, great urban center.' If the outcome of that is I drop some money in doing it, then so be it. That's not the important part. The important part is that we really are creating a great city."

But even Perez thinks Miami has all the high-rise condos it needs at present. With the housing downturn in the United States, he is focusing on Latin America. He's partnering with companies in Colombia and Argentina and working on a string of projects in Mexico where he's building—you guessed it—condos.