Accessibility links
The Accidental: 'Wolves' When artists from different bands collaborate on a new project, they usually (or at least hopefully) come up with a completely different and surprising sound — something outside their comfort zone. In the case of the newly formed collective The Accidental, the results aren't terribly surprising; but they are no less compelling. The group of musicians from several British experimental folk groups have a new album of, well, experimental folk. It's not new territory for the band, but it's a cozy, inspired collection. 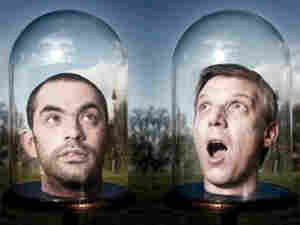 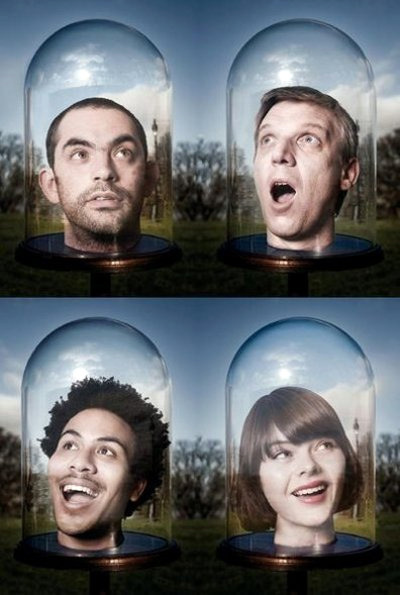 When artists from different bands collaborate on a new project, they usually (or at least hopefully) come up with a completely different and surprising sound — something outside their comfort zone. In the case of the newly formed collective The Accidental, the results aren't terribly surprising; but they are no less compelling.

The Accidental features members from several British experimental folk groups: Tunng, The Memory Band and The Bicycle Thieves. The group's debut release, There Were Wolves is a beautifully produced mix of, well, experimental folk music. The songs don't venture into new territory for any of the members. But their familiarity with each other's sound makes There Were Wolves a comfortable, cozy and very fluid listen. It features tape loops, found sounds and ambient samples, along with delicately spare rhythms and subdued melodies — all standard for lo-fi, glitch-folk recordings. But The Accidental executes it all so gracefully, it feels fresh and inspired.

The Accidental is: Stephen Cracknell of The Memory Band, Sam Genders, frontman for Tunng, Hanna Caughlin of The Bicycle Thieves and singer-songwriter Liam Bailey. Cracknell and Genders had met earlier and talked about working together by sending songs to one another through the mail. The first thing they came up with was the song "Wolves."

"The first two tracks written were 'Wolves' and 'I Can Hear Your Voice In My Head,'" says Cracknell. "I sent Sam a CD with about five sketches on and two days later I got another one back with both finished songs on there. At that point I think we both knew we had something good going on."

"Wolves" is a slow burn. It begins with instrumentation so spare the vocals are nearly a cappella. But it gradually builds, adding strings, faint forest ambience and lovely, single-layer harmonies.

The Accidental recorded There Were Wolves in Cracknell's London apartment with a computer and a pair of microphones. "We didn't have a set idea of what the project was and what our plans were for it from the start, so it felt like a very free and natural process," says Cracknell. "I think the fact all of us had achieved things with other projects gave us a real sense of freedom and relaxation making the album."

Much of There Were Wolves was inspired by the sonic whirlwinds produced by Panda Bear and Animal Collective. "I wanted to take something from their ideas but not copy it," says Cracknell. But "I wanted it to have an English sound too. I have a fondness for The Kings Singers, who were poshboy choral singers from the '70s doing pop covers. George Martin produced their first album and it's great. I also love the Free Design, and loads of vocal harmony stuff, so I tried to take influence from all of this."