Accessibility links
Excerpt: 'The Messiah' In this novel, French writer Marek Halter explores the life of David Reubeni, a 16th-century proto-Zionist who lobbied European kings and the Pope on behalf of a Jewish homeland in the Middle East. 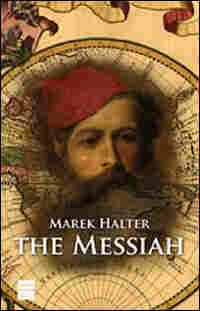 The rumor started in Egypt and was now spreading all over Europe.

Trustworthy travelers, among them merchants, rabbis, and learned men, brought it to Italy where many penniless Jews had found refuge. During those fateful years of 1492 and 1496, they had been forced to flee Spain and Portugal, where they had been persecuted and where some had been massacred and even burned at the stake. They were still horrified by the pogroms and could not shake the memory of the tens of thousands among them who had perished. Homeless and without a country to call their own, those who left Spain and Portugal had gone to Italy, France, the Netherlands, and even as far as Denmark, traumatized by so much injustice.

About thirty years later, they were still living in make-shift camps outside cities. Their situation remained precarious and there seemed to be no obvious solutions to their problems.

Sometimes the difference between misery and great hope is quite small. Here in Italy, during the winter of 1523¿1524, that is during the year 5284, after the creation of the world by the Eternal (blessed be His name!), the news had spread like wildfire. From the Marche to Puglia and from Venice to Rome, people spoke about nothing else as they left their synagogues, met in the town markets, and dreamed at night in their desolate camps around glowing fires.

A man was going to appear, a Messenger of hope.

Rumor had it that Israel was his inspiration.

People said that he would lead the children of Israel back home.

Everyone was whispering the name, David.

David was going to come.

One day, one day soon, he would appear. He would be coming by sea, and Venice would be his port.

In those days the City of the Doges was the center of the world. Their clothes decorated with pearls from the Orient, its noblemen boasted, not without reason, that they governed the most perfect of republics. Venice was a true maritime power, and its ships, strange vessels with raised prows, reigned over every sea, from the Adriatic to the Aegean, and the Mediterranean all the way to the coasts near Alexandria and Joppa.

Venice was also a city filled with intrigue and crime. There were plots against the local potentate, but also against Charles V, Francis I, the pope, and Henry VIII. It was in Venice, on the Murano Islands or on San Michele and Torcello, where brigands, pirates, and other ruffians would come to find refuge before returning to their devious ways. And it was in Venice where disoriented adventurers, preachers, eloquent demagogues, and all sorts of false prophets would turn up. At the time, the City of the Doges was an immense gambling den. Casinos, attractive buildings offering rooms for lovers and for clandestine gambling, crowded up against the cathedral. And to the great displeasure of the rabbis, they even extended out into the Ghetto's tiny streets and squares.

In those days, a traveler arriving in Venice never failed to visit the Ghetto, attracted first of all by gaming tables, but also in hopes of making some rare acquisition or applauding the most famous actors. Sometimes ecclesiastical dignitaries or counselors of foreign princes would come to Venice hoping to learn how to solve the problems raised by their own Jewish populations, which though intelligent and inventive, were often recalcitrant and obstinately refused to follow Christ.

In the Calle del Forno, unleavened bread was being baked, and on the wide, brightly-lit Piazza del Ghetto Nuovo, there were groups of people, including rabbis, debating the news. Was the Messenger really going to come? Or was the rumor just another one of those baseless chimeras that stirred up people's imaginations from time to time? All around the square, multi-story buildings stood tall above the passageway leading from the Ghetto, their massive facades uniform but not completely identical. There were many different-shaped windows of various sizes, small terraces, gables, oriental-looking domes, and long rows of arcades that added interest to the facades. A few one or two story buildings, designed to complement each other, were leaning up against their more powerful neighbors for support. Who was the expected Envoy? Some people were doubtful, some were hopeful, but no one knew exactly what to think about that unknown person arriving with a plan who could be little more than a mirage, a dream, or just the centuries-old nostalgia of returning to Jerusalem.

So, during that winter of 1523-1524, inside the Ghetto as well as around flaming campfires in the miserable camps near the city, everyone was discussing the pending arrival of the stranger, David. It was said that he would liberate the Jews and lead them back to Israel.

All those Jews who were locked up each night behind the Ghetto walls, as well as the others, ignored and as much as locked away themselves, away from cities, work, and society, were talking about the man who might come, the man who was perhaps already on the way to lead them to salvation. Here, there was no thinking or doubting. People waited expectantly, dreaming and praying. Their psalms brightened the winter night, and their fires flickered through the fog.

In his large workshop at the entrance to the Ghetto Nuovo, near the bridge crossing over Rio San Girolamo, the artist Moses de Castellazzo was deep in conversation with his friend Titian. He was showing him the wood engravings he had just completed at the request of the Marquis of Mantua to illustrate the Pentateuch.

A massive man with thick red hair, Moses turned from discussing his own work to the current situation:

"Just try to understand this paradox and the iniquity of it all," he said to Titian. "It has been almost eight years since March of 1516, when, for the first time in history, the city set aside a neighborhood for Jews, this Ghetto Nuovo in which we find ourselves now, the old foundry quarter. To protect the Jews, it was said. What a false pretext and what a sad precedent!"

"We mustn't exaggerate," Titian interrupted him gently. "You know that in Venice it has always been customary to congregate in religious and cultural groups according to one's country of origin."

"That is true," Moses admitted. "But what is different about the Ghetto is that it has been imposed upon us. There are unprecedented legal constraints! And yet, there are educated people who learn Hebrew, and a Christian marquis comes to ask me, a Jewish artist, to illustrate the Bible."

"Moses, my good man, for us Christians your Torah, that we call the Old Testament, is considered to be the source of the Gospels! So it is not at all strange for the marquis to want to refer back to it."

"Fair enough," grumbled Moses de Castellazzo, "but at the same time those good people never lose any sleep over the misery of the Jews expelled from Spain and of those who continue to flee Portugal!"

"Don't give up all hope of charity," his friend chided affectionately. "How about a drink? We should be paying more attention to that nice little grey wine you have just poured!"

Moses shrugged his shoulders and raised his glass. They lifted to their lips a wine that only artists can enjoy without grimacing, drinking to the health of the stars. A fire was crackling in the huge fireplace, giving off sparks that disappeared up into the soot-darkened chimney.

"It seems that the Jewish Messiah is about to appear," Titian said, setting his glass down.

Moses didn't answer immediately. He carefully stepped across a canvas that had slipped off his easel and stood before his friend.

"Cursed be the bones of those who try to calculate the end times!" he shouted.

And, theatrically lifting his index finger toward the sky, he continued:

"For they will say: 'Since the predetermined time has come and He has not arrived, He will never arrive...'"

He brushed back the long strands of red hair hanging down over his forehead and sat back down on the bench beside Titian.

"Those are words from Samuel ben Nahman found in the wisest of Jewish books, the Talmud," he explained.

"It is wise indeed," said Titian. "But, men need to keep up hope. That is how we are made. So, in spite of the wisdom that comes from your books, I can understand those Jews who continue believing, who keep hoping, and who think that he is perhaps here among us already."

They stared at each other quietly for a while and then both broke into a smile. Moses stood up, cracked his gnarled fingers, and placed the painting back on his easel.

"Indeed, my dear Christian friend, it is true that in Jewish tradition every man carries within himself a portion of the Messiah. Just between you and me, if the Messiah should appear in Venice, I would say to him: 'Barukh haba,' welcome."

Excerpted from The Messiah by Marek Halter. Copyright (c) 2008. Reprinted with permission from The Toby Press. All rights reserved 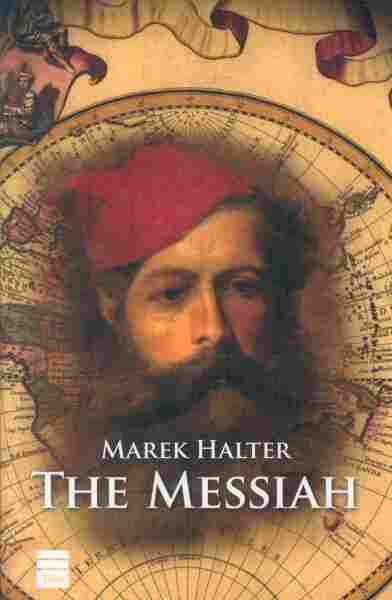 by Marek Halter and Lauren Yoder