Accessibility links
China's Only Children Face Great Expectations Since 1980, when China implemented a one-child policy, traditionally large families have turned into inverted pyramids with multiple grandparents for every child. They lavish the child with attention — and expect great things. 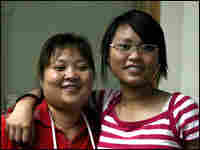 Bamboo (right), who is an only child, stands with her mother. Art Silverman/NPR hide caption 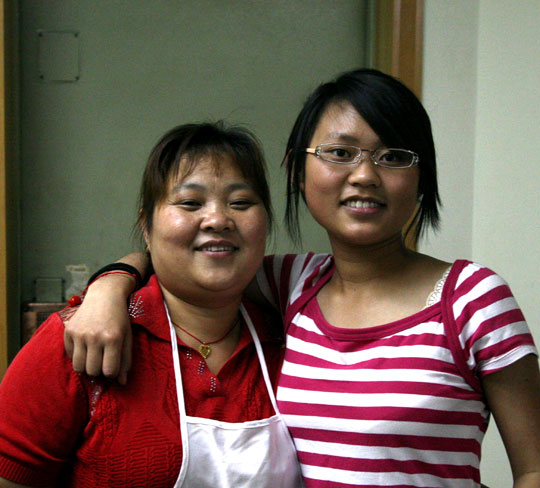 Bamboo (right), who is an only child, stands with her mother. 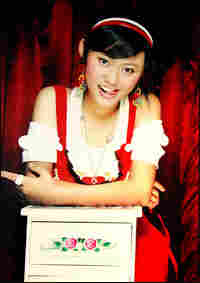 When Bamboo turned 17 years old, she had a photo shoot taken that she called her "Barbie shoot." These so-called art shoots are common among teenage girls in Chinese cities. Photo courtesy of Luo Meng Zhu hide caption 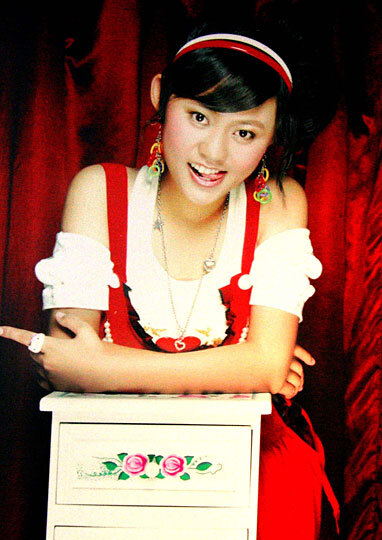 When Bamboo turned 17 years old, she had a photo shoot taken that she called her "Barbie shoot." These so-called art shoots are common among teenage girls in Chinese cities.

Hosts and producers of "All Things Considered" provide a behind-the-scenes look at their special series on China. 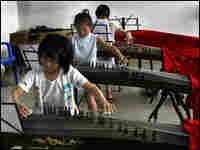 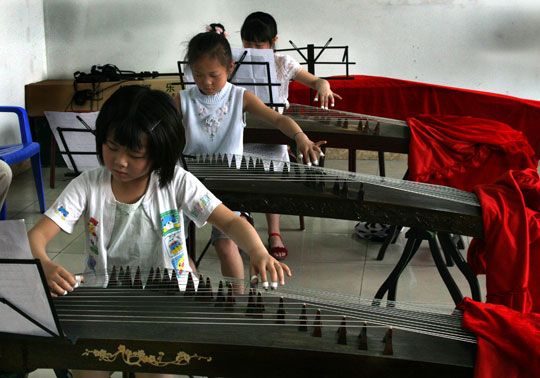 Since 1980, China has had a one-child policy. If you have a second kid, you pay a stiff fine — unless you're a member of a national minority, or you and your spouse are both only children, or there's some other exception.

The result is that traditionally large families have turned into inverted pyramids, with multiple grandparents for every treasured little one. They lavish the child with attention — and expect great things.

The weekend before the May 12 earthquake, Robert Siegel met with one such only child as part of NPR's effort to get a sense of everyday life in the rapidly growing city of Chengdu. Luo Meng is an effervescent, 17-year-old high school junior who goes by the English name Becky at her public boarding school. More casually, she uses a translation of one character of her Chinese name: Bamboo.

Bamboo is also a smart, serious kid. Like other Chinese high school students, she typically rises at 6:30 a.m., hits the books at 7:30 a.m. and doesn't knock off until 9:30 p.m. She claims to feel no pressure, but next year she'll take the all important Chinese university entrance exams. She's in her third year of physics and she's taking government, math, chemistry, biology, Chinese and English.

At her parents' home, Bamboo showed off a photo album she had made of herself when she turned 17.

"This is Barbie shoot," Bamboo says. "I went to photographer. I went to stores to take it. You can talk to the photographer to say, 'Oh I want to be model,' 'I want to be out of style,' and you can tell what you want."

A poster from the "Barbie" shoot hangs in her parents' living room. In it, Bamboo leans over a narrow chest of drawers, her tongue licking her teeth.

These seductive art shoots are common among teenage girls in Chinese cities. Bamboo really wanted the photo shoot — and it seems that what Bamboo wants, Bamboo generally gets.

Only children like Bamboo may be indulged, but they're pressured, too. At the Long Yun Gu Zheng Training Academy, a private music school where girls learn to play the Chinese horizontal harp called the guzheng, the more than 300 students are only children.

Ms. Long runs the school. She's a fine soloist who has toured in the U.S. She says the one-child policy makes sense.

"Because there are too many Chinese and the government requires it, many people accept that as the right policy," she says. "If you want to guarantee the quality of children, then you shouldn't have too many births."

The pressure that only children can feel might be too much for some students, but it might actually make others work harder, Ms. Long says.

In the practice room, three girls who are 6, 6 1/2 and 10 years old play in unison with a metronome keeping time. Each is perched on a three-legged stool in front of her instrument. The 6 1/2-year-old is so little her feet don't reach the ground.

As the children take lessons, the parents or grandparents wait. A few say their kids practice at least an hour a day.

"Children here don't have a very happy childhood," says Ye Ping, an accountant who waits for her 10-year-old daughter. She says childhood is hard work.

All that hard work, she says, is at school. At home, only children tend to get a free ride.

"Mainly because they're the only one, their parents will do most of the chores for them," Ye says. "So comparing their generation to ours, their living skills are very weak."

Song Dao De, a 66-year-old retiree, happily admits to doting full time on his 12-year-old granddaughter. She's his only grandchild.

He says now many more people can provide their kids with a good education than before. And they feel they have to so that their children can compete.

"The big difference between China and other countries is that there are so many of us," he says. "So, the pressures on the children are so much greater. I've been to Singapore and they don't have as many people. Pressure on their students is not as great as here. In China, the pressure to study is great. So, we parents and grandparents are all running around in circles for our kids."

A Generation of Very Small Families

Back in 1980, the policy's stated goal was to keep China's population at no more than 1.2 billion by the turn of the 21st century. By its own count, the government missed by almost 100 million.

The policy has produced, among other things, the first huge cohort of Chinese kids to grow up in very small families.

In the earthquake, schools collapsed and children died in alarming numbers. So many schools fell down that school construction has emerged as a major issue here. Bamboo, interviewed a few days after the quake, said she was shaken awake from a nap during government class. The building shook. The desks and chairs shook, she said. But there were no casualties.

But in this country, for this generation, each child who died is mourned by parents and grandparents who have focused their love, attention and ambition on that child in a way that no prior generation in China ever has.