Accessibility links
Shopping for Wagner: Five Great Recordings Feeling left out when the conversation turns to Richard Wagner? Get to know the controversial composer's stunning music with help from William Berger, author of Wagner Without Fear. 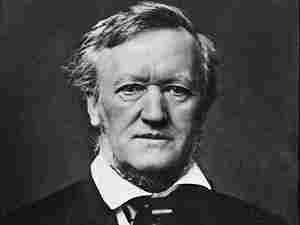 These days, the Internet is abuzz with newcomers to the world of Richard Wagner asking for advice on which recordings to buy. This is understandable, considering that a new-release CD set of a Wagner opera can put you out as much as $90. Who wouldn't need some guidance?

The debate over which are the best recordings opens up a Pandora's Box of singers and their interpretations of roles. This is a personal matter, and no one can tell you how to react to a certain voice. This doesn't mean people won't try, however, so keep this in mind when someone--like me--is in raptures about a particular work. The list below contains some exceptional recordings no Wagner fan would be ashamed to own.

To learn more about Wagner — the man and his music — click here. 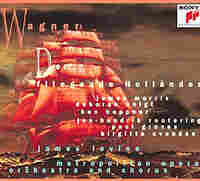 Levine and the New Yorkers have answered an urgent need with their "Dutchman," which is intense yet controlled and brilliantly recorded. James Morris (in the title role) is as weary as the ocean. You actually want to help this guy. Deborah Voigt is dead-on as Senta, although some may quibble with her portrayal of Senta as a real girl with romantic tendencies rather than as out-and-out psycho. 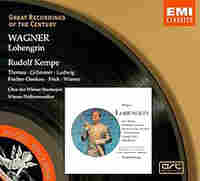 The good old Kempe recording holds up remarkably well, with good remastering on the CD, firm conducting, and Jess Thomas interesting in the title role. Elisabeth Grümmer is right-on as Elsa; hers is a forthright portrayal from a bygone era, but loses none of the pathos this character needs. Any recording featuring Christa Ludwig is automatically a good bet. 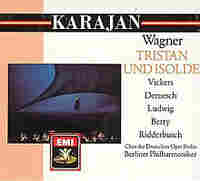 Karajan's conception of the work is clear: It's about sex. This is the best recording Jon Vickers ever made, and he made some great ones. One friend of mine swears he can actually hear the blood spurting out during the Act III monologue. Helge Dernesch is a sublime Isolde -- more introverted that other great Isoldes of the past, but thoroughly convincing. 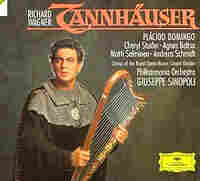 This recording, by the late Giuseppe Sinopoli, blew away the naysayers on many fronts. The conductor himself refrained from the quirkiness that defined much of his early career, and delivers a strong reading of the score. Placido Domingo was said to be headed for early retirement when he announced plans to record this role, but his performance is awesome. While not the stentorian Tannhäuser of earlier generations, Domingo projects the contrasts of the role's personality, from sexual to pious. The Rome Narrative is amazing. 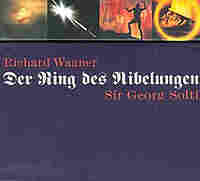 "Ride of the Valkyries"

An easy way to start a fight among opera people is to ask the seemingly innocent question, 'Which is the best recording of the "Ring Cycle?" Everyone has strong opinions on this one. The "Ring" conducted by George Solti (the first full-length recording) was a historic achievement in recording history, and many still prefer it to all others. It's easy to see why. Solti understood that the listener would be lacking all the visual information of a live performance, and somehow got his singers to communicate great nuance of characterization solely through their voices.

William Berger is the author of several books on opera including "Verdi with a Vengeance," "Puccini Without Excuses," and "Wagner Without Fear."