Warning: getimagesize(https://media.npr.org/books/summer/2008/corrigan/music_cover-f0e9a09b56b8f8f45a145e468ab43741f4c32f91.jpg): failed to open stream: HTTP request failed! HTTP/1.0 404 Not Found in /var/www/html/src/Views/CommonJsonldView.php on line 87
 Excerpt: 'The Importance of Music to Girls' : NPR
Accessibility links
Excerpt: 'The Importance of Music to Girls' British writer Lavinia Greenlaw writes about the way music — especially rock — propelled her into her first experience of puppy love (with Donny Osmond) and later, her Clash- and Banshee-inspired punk rebellions.

Excerpt: 'The Importance of Music to Girls'

Excerpt: 'The Importance of Music to Girls' 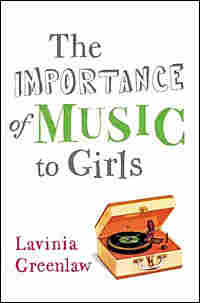 The Importance of Music to Girls
By Lavinia Greenlaw
Hardcover, 224 pages
List Price: $23.00

I remember the dancing of my earliest years in silence, as about the body alone. My father must have hummed a tune as I stood on his shoes and he waltzed me, but what I remember are the giant steps I was suddenly making. The world rose up under one foot and pushed my body to one side as that foot set off in a high violent arc. I didn't know if I was going to be able to follow but at the last moment the world gathered up the rest of me. And so it went on: the world pulled and shoved while I lurched and stretched.

This was not a gentle game, which was why we four children loved it. We liked to be thrown about—by a roller coaster, slide, or swing, in a rough sea, on a trampoline, or by grown-ups who in moving us at their force and speed gave us a taste of the dimensions of adult life. We had a young uncle who played less carefully than my father. He would take me by the hands and spin me around like a tea cloth full of wet lettuce until I thought my arms would be wrenched from their sockets. As the pain bunched in my shoulders and my brain shrank, I was amazed that such movement was possible. I wasn't scared. I knew that I could break and had an idea of what it felt like to break, but I also knew I wasn't going to.

The waltz was more interesting than other such games because its force had to be met. It depended upon the tension between trying not to move and letting yourself be moved. I trod down hard on my father's shoes, braced my arms, and dug my nails into his shirt cuffs like someone finding a hold on a cliff. This is the starting point of dance: something—the music, the steps, your partner—holds you but you also have to hold it and, to achieve the necessary tension, hold yourself against it.

A lot of my childhood was about being held back or slowed down. It took hours to leave the house, as to get us all ready, and keep us ready, was like trying to keep four plates spinning. Someone lost a glove or refused their coat, was cross or hungry or needed a clean diaper. We spent a lot of time waiting—to be delivered or collected, for the school day to end or the night to be over. We moved in caravan formation and at the speed of camels, taking two days to drive the 250 miles from London to the west coast of Wales, pottering along in a pair of Morris Travellers.

Once released, we were fizzy and impatient. If something was high we climbed it and jumped off; if it was steep we hurtled down it on cycles, sleds, or trays. We ran or rolled down any hill we came to regardless of nettles, glass, dog shit, or stones. If the landscape filled up with rain, leaves, fog, or snow, we continued to move through it as fast as we could, not fearing what might now be concealed.

Every now and then the world gathered itself in refusal. I slammed into it and got hurt. At four, I went down a slide sucking on a bamboo garden cane, which hit the ground before I did. The top two inches jammed into the roof of my mouth, and I stood over a basin and watched it fill up with blood, feeling nothing, interested only in my sister offering me a teddy bear she would not normally part with. When I woke up after the operation to remove the piece of cane, I was curious only about the coal fire opposite my bed and the taste of hospital ice cream.

For a long time, this accident was just something that had happened to my mouth. Other people had to make the connections for me.

"That cane was lodged very close to your brain," my mother later said. "We could tell you were more or less all right but the surgeons didn't know if they could remove it without doing any damage."

My brother added, "It's why people shoot themselves that way."

"And it could have affected your speech," continued my mother, "by changing the shape of the roof of your mouth."

Being pushed out of shape made me realize that I had a shape to return to, like my toy cat who sat on a drum and whose parts were kept in tension by elastic. If I pressed the underside of the drum, the cat fell to its knees or slumped to one side. I let go and the cat sprang to one side as if jiving. I was fascinated by the instant way it changed shape and then snapped back, and by the ambiguity of its bright little face--so eager to please and yet so imperturbable.

My body had felt like that of the toy cat, an arrangement of parts. I would watch my hand touch the bar of an electric fire or my foot tread on a nail, and discover that they belonged to me. I now knew that my mouth shaped my voice and that my brain was right there, just above it. I saw this most clearly thirty years later on an X-ray, which showed that instead of arching back to cradle my skull, the vertebrae at the top of my spine thrust my head forward. In that accident, my head had been thrown back so abruptly that it had been compensating ever since, leaving me with the feeling of being precipitate, of tipping into rather than entering the next moment, thought, or sentence.

So the body adds up and the world reminds you of the body's limits, although it can be surprisingly kind. At eight I jumped through a window, and I can still remember how the glass billowed and held me before it exploded. I was midair, I had escaped the person I was running away from, and I was being held. Nothing has seemed as peaceful since. I stepped out of that ring of shattered glass like a corpse from a chalk silhouette and walked away with a cut on each knee.

These collisions with the world taught me its substance and laws as well as my own. I had danced before I knew what my

body was, and did not understand what moved me. It was not music yet. 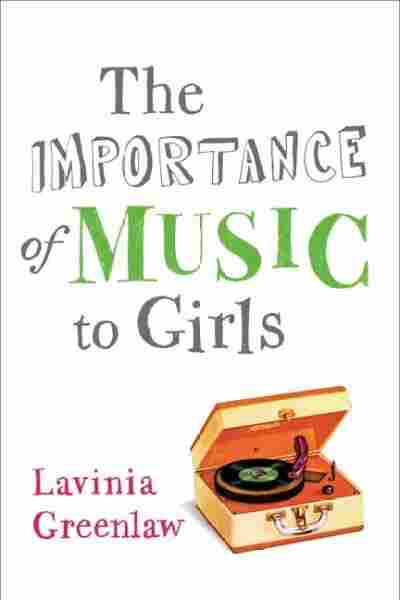 The Importance of Music to Girls

Title
The Importance of Music to Girls
Author
Lavinia Greenlaw