Excerpt: 'Lady of the Snakes'

Excerpt: 'Lady of the Snakes' 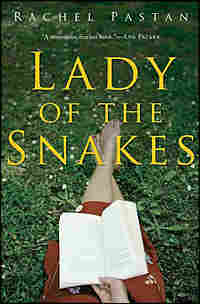 During Jane's miserable twenty-hour labor, she thought a lot about Masha Karkova, who had died in childbirth in 1884 along with the baby she was carrying. Jane's pain was in her back, and she crouched moaning on the rug in their tiny living room waiting for Billy to come and get her, and later she screamed staggering up and down the hospital room with its pastel prints and floral curtains, like a decent hotel only with cupboards that opened to reveal sterile pads and stainless steel. Dying seemed a likely outcome--much likelier than producing a child. As she cried Billy's name she wondered if Masha had cried out for Grigory, and if so what he had done. Not pressed a tennis ball into the small of her back the way Billy was doing, the way they'd been taught in childbirth class.

Not that it helped.

Nothing helped. Not the breathing or the shower or the shot in her arm. Billy held her face in his hands. "The baby will be out soon," he said. His face and the smell of her own sweat were all there was until the next contraction seized her. They coaxed her onto the bed and told her to push and she did, and the hospital gown came loose and the nurse kept tying it shut again. Who cared? Who cared who saw what now, or how many doctors, interns, medical students trooped in and out like packs of dogs?

How distraught--ruined!--Billy would be if she and this baby died. Jane could picture him in the cemetery, his threadbare black socks showing beneath the cuffs of the tight suit he'd worn to his mother's funeral. Oh, the pathos of those socks. "Billy," she said, partly wanting to comfort him and partly to remind him of the names they had chosen for their child in case she died, though of course he would remember. Billy looked at her with a drawn, serious face, but now the doctor was talking. The pushing, which was only supposed to take an hour, had been going on for three, and they were going to try to vacuum the baby out with some kind of extractor. The medical staff didn't seem to be worried about Jane anymore, only the baby, and that frightened her more than anything. The bright lights made yellow and purple starbursts float in front of her eyes. She didn't want to die, as Masha had died; but surviving if the baby didn't was a kind of hell she hadn't imagined before. The thought seeped sulfurously through her veins and she couldn't obey when Dr. Mooney told her, yet again, to push. She shut her eyes against the lights, but then Billy cried out and she opened them again. And there she was: Margaret Levitsky Shaw--Maisie--covered with mucus and blood, a full head of black hair sticking up on end. The room smelled of the ocean and of rust.

The nurse wrapped the baby in a blanket and gave her to Jane, a bundle so light it seemed to weigh less than the completed chapters of her dissertation. The baby's face was startled, her brow wrinkled, her head battered from the hard journey. Where had she come from? Jane thought of the passage in Grigory Karkov's novel The Lime Trees when Yelizaveta and Sergey have their first child. For a moment she got lost inside the memory of that scene, the dim chamber with candles and hot water and the baby crying, and she forgot where she was until Billy said, "You were great, Janie! You were a force of nature."

Jane was back in the room again, uneasy. She had missed the first moments of her child's life because she had been thinking about the Karkovs.

For a couple of days after Maisie was born, Billy got a substitute to take his classes and he and Jane lounged around admiring the baby. Wrapped in a blanket, smelling of skin and cotton and souring milk, Maisie slept in the bed between them. She was all face and bundled

receiving blanket, her eyes a wide dark newborn blue, her tiny nostrils flaring as though she were considering the scent of the world. It was impossible to stop looking at her, trying to take in the fact of her existence. She was a new continent they had discovered, their private India, curled on her side like a bean and breathing noisily. Every few hours she woke up to mew and nurse. If she wouldn't go back to sleep after nursing, Billy carried her around against his chest and crooned to her. One night (the second? the third?) Jane watched him--really watched him, as though he were a movie or a rare specimen of wildlife that had wandered in. She watched his tall frame move back and forth across the room, his sweet face thinned by exhaustion and scrupulousness, his thick, once-blond hair as soft as cat's fur. More hair curled across his chest, and the baby clung to it with her brandnew fingers, while light from the streetlamp leaked in around the blinds. Jane lay in the rumpled bed propped up on pillows, knowing she should use the time he was giving her to sleep. But he was so beautiful and strange carrying the baby that she couldn't shut her eyes. He seemed taller, as though he had already grown into this new role, and his face wore a more tender expression than Jane had ever seen on it. She was glad--even relieved--to see how clearly he loved their daughter, but at the same time a hiccup of uneasiness ran through her. She felt that she was on the outside. She felt she might cry, as she had cried twice already today, exhaustion hollowing her out and a powerful brew of hormones shooting poisonously through the emptiness. Jane didn't cry often, and the feeling of tears in her eyes was almost as foreign as that of the milk on her nipples. She didn't like the way so much emotion had moved in, a guest who'd left all the faucets dripping. Who was this Jane from whom unfamiliar liquids seeped, who lay beached like a whale against the pillows? Who was Billy with his darkening hair and his pale, broad shoulders hunched protectively over the baby? Maisie emitted quiet, intermittent squeaks like a smoke detector letting you know its batteries were running down. The light fell irregularly across the room in pale yellow strips through which the man and the child passed and passed again, swaying, gilded, dusty with light.

Jane's graduate student friends came by with flowers, plastic pastel keys, stuffed animals, Chinese food. Sitting on the couch, Jane nursed the baby and ate Szechuan shrimp. She was glad to see them, to be reminded of who, until a few days ago, she was. She was glad, too, to get a chance to show Maisie off, and she liked seeing Billy hand out beers and brag.

"Don't be fooled by her apparent ignorance," he said of the snuffling baby with her plump cheeks and paintbrush hair. "She's extremely bright. She understands Russian already."

"Of course she knows Russian," said Catherine, a second-year student, a thin young woman with bright copper-colored hair who worshipped Jane a little. "Jane's been reading Karkov out loud to her for nine months!"

Jane patted Maisie's back, trying to get her to burp. The baby's head wobbled against her shoulder, and Jane lowered her face to feel the silky hair against her skin. "And Karkova, of course," she said. She was writing her dissertation on Grigory Karkov's heroines as versions of his wife, Maria Petrovna Karkova, and much of her material came from Karkova's diaries, which had been mostly ignored since publication of an excerpted edition in 1970. Masha was Karkova's pet name, used by those who knew her intimately. Jane used it only in the privacy of her own head.

"How long till you get back to Maria Petrovna?" Jane's officemate, Laura, asked. She knew that Jane's heart lay with the diaries. Jane would have liked to write her dissertation on them directly, but her adviser, who was not interested in feminist points of view, hadn't allowed it.

"Maria Petrovna is always with me," Jane said grandly. "Did I show you guys what Shombauer sent?" Shombauer was the adviser, an elderly German, the first woman ever to get tenure in the department. Jane handed Maisie to Laura and got up slowly, the episiotomy stinging. She hunted around among opened packages and stacks of journals and balled-up sweaters and extra receiving blankets until she found an old-fashioned silver rattle engraved with Maisie's initials. "Isn't that something?" she said. "Isn't it so Shombauer?"

"A peace offering!" Laura bounced the baby in her arms. Jane watched Billy watch Laura as she held the baby with one hand and reached for her beer with the other. Laura's sweater had slipped down to reveal the thin burgundy strap of the kind of bra Jane had almost forgotten existed. 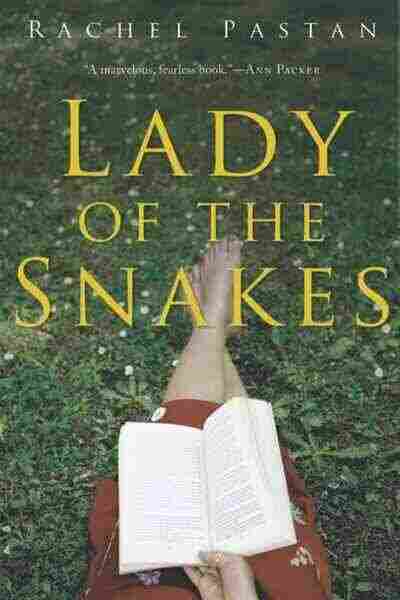 Lady of the Snakes