Accessibility links
Dating with Dad: A Reluctant Son's 'Assisted Loving' When Bob Morris' widowed father decided to start dating again — at the age of 80 — guess who found himself sorting through the personals? In Assisted Loving, Morris chronicles the search for Dad's new Ms. Right — and his own misadventures in the romantic jungle that is Manhattan's gay ghetto. 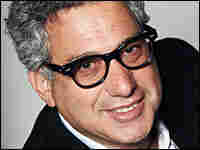 When Bob Morris' widowed father decided to start dating again — at the age of 80 — guess who found himself sorting through the personals?

Assisted Loving: True Tales of Double Dating with My Dad is Morris' memoir of the effort to find Dad a Ms. Right — and a chronicle of Morris' own simultaneous misadventures in the romantic jungle that is Manhattan's gay ghetto. 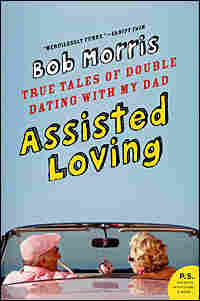 It's a month after my mother has died, October 2002. My father and I have just pulled into the Mount Ararat Cemetery in Farmingdale, on the flat south shore of Long Island. We pass through iron gates under a Star of David and cruise past row after row of headstones that all look alike. We park and get out of his silver Toyota Avalon, slam the doors, and start walking. Dad is moving slowly. He needs another hip replacement. Not to mention a dry cleaner. His yellow cardigan is a fruit salad of stains. But I have to say, even if his walk is a little gimpy, he looks pretty good for someone close to eighty. Smooth tawny skin, silky silvery hair. Bodes well for me, I guess. Neither of us knows exactly where my mother's grave is. And men don't ask directions, even in cemeteries. So we wander, two lost boys, sneakers on grass, silently passing endless rows of the dead.

We finally find her between some Cohens and Blums. Ethel Morris, the footstone reads, that's all. Well, she was a simple woman. A librarian with modest desires—a comfortable pair of shoes, the occasional bouquet of flowers on a holiday, a sing-along in the car, a half-price coupon for ice-cream cake from the supermarket. She wanted to see her husband and two sons happy even as she struggled in the last years of her life.

We stare at her name. It could be a moment to talk about her, to talk about any regret we might feel about not doing our best for her as she withered. Instead, Dad starts to hum, softly at first, then loud enough to drown out the roar of cars on the nearby parkways. "I miss singing with your mother," he says. "Even when we ran out of things to say to each other, we always had something to sing."

"This is one of her top ten favorites. Every time I come here I'm going to do another one just for her."

Then he clears his throat, and sings to her grave.

I'll be loving you

With a love that's true

He sings the whole song—slowly, wistfully—with white eyebrows arched upward, nostrils flaring, in a sweet crooner's tenor. I can feel my throat burning—the feeling you get when you're about to cry, and I swallow hard to stop it. I would never want to cry in front of my father. That would be so uncomfortable, I tell myself.

Not for just a year,

Now he's finished, and the sound of traffic and birds takes over while we stand, staring down at her, unsure what else to do. Some grass, palest green, is starting to sprout from the soil we shoveled in front of a small crowd last month on top of her coffin. It was a rainy funeral. The rabbi had put black ribbons on our lapels and we had to rip them—a gesture of traditional Jewish mourning. Was Dad looking more stricken or relieved as he stood there, the chief mourner? What about me? I admit to having felt, even three days after her death, a sense of exoneration. She had been sick for ten years with a rare, debilitating blood condition. Dad did what he could for her, driving her to doctors, helping her into the car, sticking around when his impulse was to flee the overwhelming sadness. But in the end, he was inadequate. And while I related to his need to keep enjoying life even as she suffered, I also resented him for it. My big brother, Jeff, resented him even more than I did. Dad wouldn't help her with her pills. He insisted on being out of the house for hours for bridge games, yet he wouldn't hire the help that would make our lives easier. He told me she was a lost cause. True as it was, it sounded so cruel. So there's an acrid, unspoken guilt we share now, here at the place where she rests. I stand over her, reading her name on the new bronze plaque in the ground.

We shift on our feet, a father and son with everything to talk about and nothing to say to each other. Then Dad thinks of something.

"You know," he says, "I always liked this cemetery."

Actually, I'm thinking as I look around that I don't care for this place at all. And I also don't like myself for thinking such a thing. But lately, this kind of snobbery has started taking up the parking space in my head where nicer thoughts should be. I can't stop myself from looking at this cemetery where my mother is finally resting in peace (from my father and me) and applying the same standards that I do to a hotel or restaurant. I think to myself that the location of this cemetery isn't genius. It's all wrong, in fact, sandwiched between two noisy roads. Who needs that? And the headstones of this cemetery are too much alike—new slabs of polished marble that aren't aged enough to have historical charm. They're all as evenly spaced apart and repetitive as the undistinguished homes in the nearby split-level development where I grew up, homes I was accustomed to as a child but now find embarrassing in their modesty. Some cemeteries are poetic and overgrown, with pretty hills, water views, and famously depressed poets buried beneath towering pines and elms. What does this cemetery have? Easy access to the Southern State Parkway?

"I have to tell you something important," Dad says.

"There's a plot for you here, Bobby. I bought it years ago on my way to my Tuesday tennis game. So now you know you can be buried here with your mother and me when your time comes." 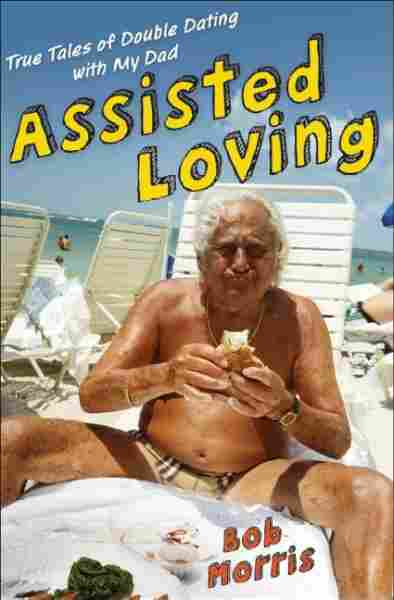 True Tales of Double Dating with My Dad