Accessibility links
Opera Beyond Words: Rameau's Radiant Dances The lavishly staged Baroque opera at the biennial Boston Early Music Festival has become the must-see event of that week-long musical feast. But the must-hear concert of the festival is presented by the opera's world-class period instrument orchestra. In 2007, the orchestra honored the festival's French theme with a performance of dance music from a selection of operas by Rameau.

Rameau: Music from Nais and Dardanus

Rameau: Music from Nais and Dardanus 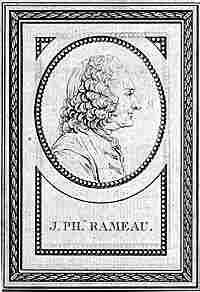 Music: Dances from Operas by Rameau: 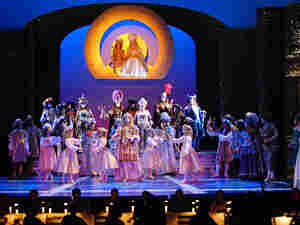 The centerpiece of every Boston Early Music Festival is an elaborate production of a rarely performed Baroque opera. (Above: Jean-Baptiste Lully's Psyché.) André Costantini hide caption 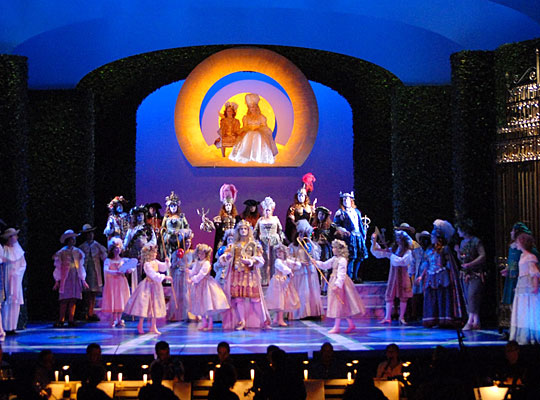 The centerpiece of every Boston Early Music Festival is an elaborate production of a rarely performed Baroque opera. (Above: Jean-Baptiste Lully's Psyché.)

Every other June, music fans flock to the Boston Early Music Festival for a week-long extravaganza of some of the best historically informed performances of music anywhere in the world.

Since its founding in 1980, the festival has been expanding its offerings such that in recent years, the highly anticipated centerpiece is an eye-popping, lavishly staged Baroque opera, supported by the Boston Early Music Festival Orchestra, an ensemble of internationally acclaimed Early Music specialists.

Opera from any era is essentially a vocal art form: the singing of arias, duets, ensembles, and choruses. But for 18th-century French audiences, simply hearing the glories of the human voice was not enough. With a taste for elaborately staged spectacles, the French also demanded the expressive medium of ballet — arguably as important as the singing itself.

The emphasis on dance in French opera started with Jean-Baptiste Lully (1632-1687), himself a dancer, who became the court composer to France's music-loving "Sun King," Louis XIV. Lully's enormously successful operas and ballets set the stage for the operas that followed, some four decades later, by Jean-Philippe Rameau.

Rameau's obsession with music apparently began early in life. At age 12, he reportedly created a disturbance in the classroom with his unsolicited singing. In his 20s, he composed highly original and attractive keyboard works. In his 30s, he wrote the most influential theoretical treatise of his time (Treatise on Harmony), which is still required reading in conservatories today.

When it came to opera, however, Rameau was a late bloomer. He was almost 50, in 1733, when he ventured to compose his first opera, Hippolyte et Aricie. After that, he was unstoppable. He developed Lully's legacy with never-before-heard harmonies and original melodies, becoming France's most famous composer of late Baroque opera. And for his spectacle-loving audiences, Rameau created charming symphonies, tambourins, menuets, and other dances to punctuate the vocal pyrotechnics on stage.

Homage was paid to Rameau's brilliant music in this special concert at the 2007 Boston Early Music Festival. The Festival Orchestra, led by festival directors Stephen Stubbs and Paul O'Dette in Jordan Hall, strung together some of Rameau's finest orchestral moments from the operas Nais and Dardanus.

Note the stirring battle depicted in the Overture, where trumpets blare and drums pound frenzied, syncopated rhythms. Later in the set, listen for Rameau's gently flowing ballet music for the Zéphires (western breezes). At the end, it all seems to dissolve into thin air.