Accessibility links
Alexandra Fuller Remembers a Wyoming 'Legend' "Born with horses and oil in his blood," Colton H. Bryant was a sweet-natured Wyoming kid who died in an accident while working on an oil rig. In a new book, Alexandra Fuller narrates the short life of a modern American cowboy.

Fuller Reads from 'The Legend of Colton H. Bryant'

Fuller Reads from 'The Legend of Colton H. Bryant' 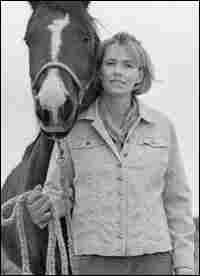 Born in England, Alexandra Fuller moved with her family to a farm in Rhodesia when she was 2. Her best-selling book Don't Let's Go to the Dogs Tonight chronicles her childhood in Africa. Fuller's work has appeared in several publications, including The New Yorker and National Geographic. Henry Dombey/Face Collective hide caption

The Difficulties in Interviewing Cowboys

Bryant's Parents' Reactions to the Book

Alexandra Fuller learned about the world of Wyoming oil field workers while researching an article for The New Yorker. When she read about the death of Colton H. Bryant, a 25-year-old oil man, that article turned into a book, both biography and lament.

A third-generation roughneck, Bryant was "born with horses and oil in his blood like his father before him and his grandfather before that." He died after falling off a drilling platform that lacked a $2,000 safety rail. In The Legend of Colton H. Bryant, Fuller turns him into an iconic cowboy — a son of the wild, stark landscape of Wyoming.

Between 2000 and 2006, Bryant was among 35 people who died in Wyoming oil and gas industry accidents. After his death, Bryant's company was fined $7,000 for safety violations. It boasted record profits the same year. Bryant's family received no compensation.

Fuller is best known for her 2002 memoir, Don't Let's Go To the Dogs Tonight, about growing up in a dysfunctional white farming family in Africa. She now lives in Wyoming, which reminds her of Africa — in its beauty, harshness and the way it's treated by companies that, she says, do much in the way of environmental damage and show little in the way of compassion.

This reading of The Legend of Colton H. Bryant took place in May 2008 at the Politics and Prose bookstore in Washington, D.C. 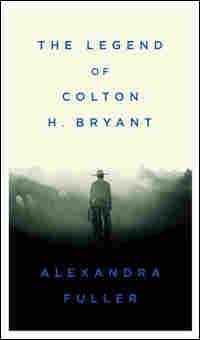 This is the story of Colton H. Bryant and of the land that grew him. And since this is Wyoming, this story is a Western with a full cast of gun-toting boy heroes from the outskirts of town and city-shoddy villains from head office. There is a runaway mustang and crafty broncos. There are men worn as driftwood and salted women and brokenhearted oil rigs. And in this story, the wind is more or less incessant and the light is distilled to its final brightness because of all the hundreds of miles it must cross to hit the great high plains. And the great high plains themselves, dry as the grave in these drought years, give more of an impression of open sea than of anything you could dig a spade into. A beautiful drowning dryness of oil. But like all Westerns, this story is a tragedy before it even starts because there was never a way for anyone to win against all the odds out here. There's no denying that like the high seas, the high plains of Wyoming make for a hungry place, meanly guarding life, carelessly taking it back. No crosses count. Ground blizzards in the winter and dust storms and wildfire smoke in the summer, everything turning into a sameness of grey so that between the edge of the road and the rest of Wyoming, between earth and sky—there are times a person has no way to tell the difference. And in this story ... Well, someone is always dying to make room for the next wave of people who are trying to fi nd a way to get rich on all this impression of endlessness out here. Therefore, in this story there is death. Which is nothing new or old in Wyoming and eventually we too—the storytellers and storytold—will go the way of the Indians, the buffalo, the cowboys, and the oil men. We too will make room for someone or something new. An unpeopled silence, perhaps.

Colton and the Kmart Cowboys

Here is Colton H. Bryant at eight years old pedaling so pitiful fast through the streets of Evanston, Wyoming, that his legs look like eggbeaters. He has white-blond hair and he's tanned the color of stained pine and even at this speed—even at a distance—you can see the color of those eyes. They're such a stunning shade of blue that they register as an absence, like a washed, empty sky. But right now there are tears flooding from those eyes and streaking down Colton's cheeks as he leaps curbs and ducks into side streets, his heart going like a piston, like it would keep beating even if it were torn out of his chest and left alone in all these wide, high plains.

Colton rides with more sense of panic than direction. He is sawing back and forth across town, past the Dairy Queen and the Taco Bell, up Sage Street, down Summit, over the patch of sunburned grass behind the old railway station. But everywhere he goes is cluttered with its quota of bored little Kmart cowboys, so called because maybe they docked a lamb's tail for 4-H once a year and maybe they'll grow up to wreck a groin muscle riding the odd bull at a small-time rodeo, but these boys aren't cowboys now and they won't grow up to be cowboys either. You have to have a heart for that, and these boys are bred heartless and made more heartless by the poverty of their imaginations. "Retard!" they call him because Colton's in special ed and that's on account of the way his brain works, like a saddle bronc, fired up for eight seconds maximum and then bolting around the rails looking for a way out of the arena. Even on Ritalin, Colton has a way of tearing out of the chute, firing with all hooves at once. Colton doesn't have the gear between flat out and stopped. He doesn't have speed perception—the way other people feel alarmed when they're going too fast, Colton feels alarmed when he isn't moving fast enough.

Colton puts his hand up in class one day.

"Yes, Colton?" says his teacher. "You have a question?"

"Well, ma'am, I was just wondering if you could talk twice as fast and then we'll get 'er done twice as quick and then we can get out of here in half the time."

And all the other kids start laughing and Colton looks around.

And the teacher says, "Colton H. Bryant, would you take a deep breath and count to ten and hold your horses?"

"You're a retard!" comes the shout from a lookout post near the laundry where Colton's dad takes his greasers when he comes back every other week off the rigs so he doesn't clog up the machine at home with all the mud and oil from work. And for a moment Colton pictures Bill at the door of the laundry, all immovable in his broad black cowboy hat, and a lump hurts the front of Colton's throat, but then the light shifts and the image of Bill shifts too, taking with it all that rough Wyoming justice.

Colton takes one hand off the handlebars long enough to wipe his nose. Evanston is getting kind of blurry. He starts to weave his way recklessly in and out of the streetlights like they were barrels to clear, leaping the curb right in front of cars. Horns blow and in an hour Kaylee will get another phone call from a neighbor telling her that Colton was seen riding recklessly through town. But Colton doesn't care.

"What a freakin' retard!" is what he hears. Colton's chest fills up with something—he's not sure what it is—because he isn't angry and he's beyond feeling sad and he's too young to know what forgiveness feels like. Then suddenly, "It's okay," he shouts over his shoulder, his voice all high and broken with tears. "Mind over matter. I don't mind so it don't matter."

He soars below the underpass and up into the part of town where the hooty-tooty-almighty folk live. His pockets are full of knuckle-sized rocks painted by Merinda and Tabby. Colton is supposed to be selling them for a quarter each, fifty cents if the folk look rich enough. A buck if they seem really stinkin', rollin', filthy. But now his sisters are gonna give him a hard time for not selling rocks and his brother, Preston, is probably just gonna plain give him a beating with no good excuse. "I'm dead," thinks Colton and when he thinks about being dead that makes him think of cowboys and when he thinks of cowboys his mind skips straight to mustangs, which is part of the beauty of Colton's mind. It hardly ever sticks around in one place long enough to get too sad or stay too mad.

"Whee-haw," says Colton, letting his bike have her head. "The Injuns are coming! The Injuns are coming!" he yells, scaring himself for real a little bit at the thought of all those bloodthirsty braves on his tail. And now, under his very seat, the bike transforms itself into a mustang, barely broke, stretching her head across the prairie faster than any other horse in the whole wide West and no one can catch Colton now, not Injuns, not Kmart cowboys, not Merinda and Tabby, not Preston, not anybody. "Come on girl," Colton tells his bike, "let's get outta here."

Excerpted from The Legend of Colton H. Bryant by Alexandra Fuller. Reprinted by arrangement with The Penguin Press, a member of Penguin Group (USA), Inc. Copyright (c) May, 2008. 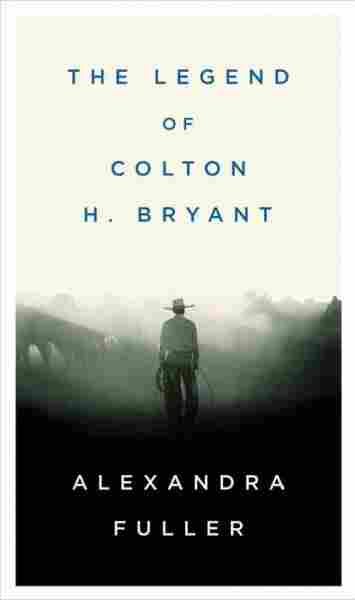 The Legend of Colton H. Bryant