Accessibility links
Manuel Galban's Meandering 'Mambo' Cuban guitarist Manuel Galban became known in the U.S. after playing with Buena Vista Social Club and winning a Grammy with Ry Cooder. But Galban has long been famous in Cuba because of his work with one of Cuba's most famous groups of the 1960s. 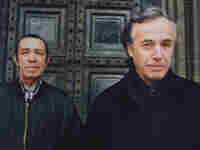 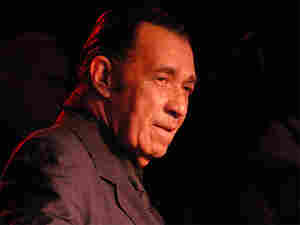 Cuban guitarist Manuel Galban is best known for playing with the Buena Vista Social Club and on Mambo Sinuendo. Courtesy of the artist hide caption 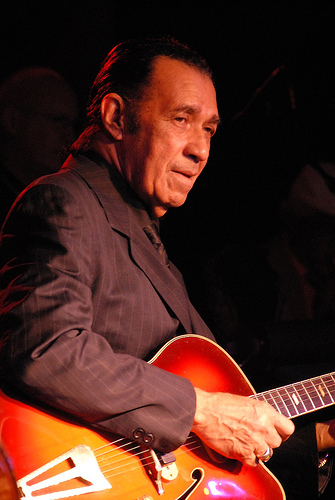 Cuban guitarist Manuel Galban is best known for playing with the Buena Vista Social Club and on Mambo Sinuendo.

Cuban guitarist Manuel Galban became known in the U.S. after playing on Buena Vista Social Club albums and winning a Grammy with eclectic session guitarist Ry Cooder. But Galban has long been famous in Cuba because of his guitar work with one of Cuba's most famous groups of the 1960s. Reese Erlich visited Galban in Havana to learn more about how he combines Cuban country guitar-picking with American rock and jazz.

Galban lives in a comfortable, quiet, three-bedroom apartment in central Havana. His living-room wall is filled with photos of him posing with such notables as actor Andy Garcia and musicians from the Buena Vista Social Club. There's even one of him shaking hands with Fidel Castro.

As a young man, Galban played the Cuban country guitar called the tres. He moved from his village in eastern Cuba to Havana in 1956. It was there that Galban adapted techniques from the tres to electric guitar. Pablo Menendez, an American-born guitarist — he's lived in Havana for 42 years and leads the group Mezcla — says that by the early '60s, Galban had developed his signature style.

"He was one of the first people to take up electric guitar as his exclusive instrument," Menendez says. "He discovered a unique way of playing. He's picking the notes rather than strumming, a pizzicato style. It lends itself to the rhythmic form of most Cuban music."

In Havana, the guitarist heard all kinds of music, especially over the radio, and was struck by the sound of American rock guitarist Duane Eddy.

"I've always liked his playing," Galban says. "He plays a style very similar to mine with the bass strings. I wasn't imitating him. But I had a certain similar sound."

In 1962, Galban joined a newly formed group called Los Zafiros. Galban and the four singers played all kinds of Cuban music, bossa nova, and even calypso in a doo-wop style.

Galban recalls that when he became a member of Los Zafiros, he encouraged them to play their calypso tunes much faster, in a more Cuban style. "Everyone liked it much better," he says.

Los Zafiros was huge in Cuba. Menendez says they were as big as The Beatles.

"They were very, very popular," he says. "People went crazy wherever they went. They were young and cute and had hot music. That always works."

Galban left Los Zafiros in 1972 and went on to play with several groups, none of them as popular. Then, in the late 1990s, he met Ry Cooder, the American guitarist who came to Cuba and ended up producing the famous Buena Vista Social Club record. In December 2001, Cooder and Galban sat down in a Havana studio with no written music. Everything was created in jam sessions.

Galban says that in those early sessions, he simply closed his eyes and the music came.

"Ry joins in on guitar," he remembers. "It was beautiful. I opened my eyes. It was an aha moment. I didn't know they were recording. I said I was almost sleepwalking. Ry said, 'That's the title — Bolero Sonambulo, Sleepwalking Bolero.' "

The album, called Mambo Sinuendo — which means "meandering mambo" — was nominated for a Grammy in 2003. Galban and his wife prepared to fly to Los Angeles for the awards ceremony, but U.S. policy prohibits visits by Cuban musicians. So when the album won the Grammy as best pop instrumental, the Galbans heard about it over the phone. Manuel's wife, Magda Gutierrez, says they didn't believe it.

"When we first heard about it on the phone, we thought it was a joke," Gutierrez remembers. "But the person said, 'Yes, really.' When it was announced on the media, all our neighbors heard about it. In our building and the one next door, everyone was shouting: 'Galban won, Galban won the Grammy!'"

Galban is now 77 and officially retired. But he still plays two gigs a week in Cuban nightclubs.

"I practice a lot," Galban says. "Hey, listen to me. It's hard. To play in a cabaret accompanying the rumba on rhythm guitar is really hard. I'm the metronome."