Accessibility links
Mother of Three Returns to Weightlifting, Olympics Melanie Roach has been chasing an Olympic dream for more than a decade. A self-described "girly girl," Roach hardly looks like she can lift twice her body weight. But lifting may be the easiest part of her day — one of Roach's children is autistic. 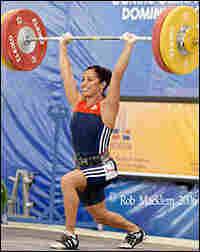 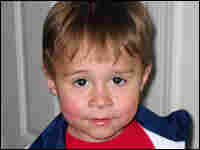 Roach says Drew taught her how to live in the moment, giving her the mental toughness to make the Olympic team. Courtesy Roach Family hide caption 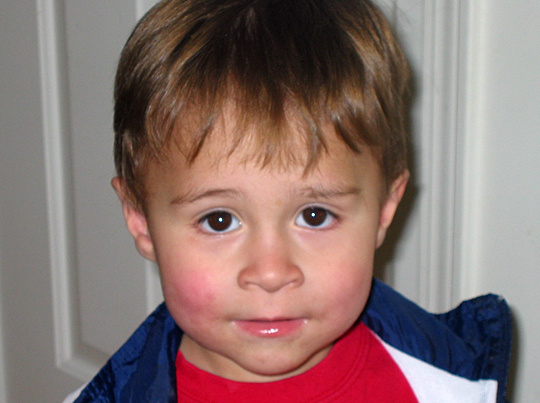 Roach says Drew taught her how to live in the moment, giving her the mental toughness to make the Olympic team. 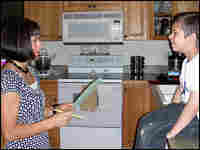 Roach's warmth and intensity are evident even while quizzing her older son, Ethan, on his spelling words. Wendy Kaufman/NPR hide caption 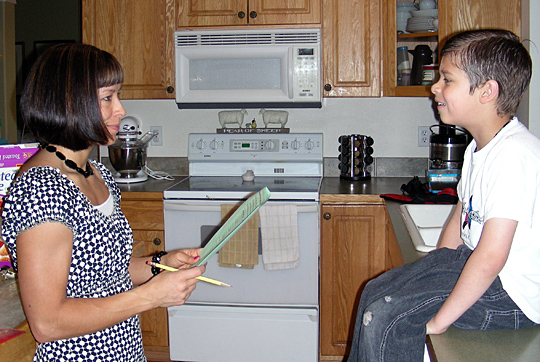 Roach's warmth and intensity are evident even while quizzing her older son, Ethan, on his spelling words.

After everything weight lifter Melanie Roach had been through in her Olympic quest, it had come down to this — chewing cinnamon gum and spitting.

To compete in her weight class at the Olympic trials last month, Roach could weigh no more than 117 pounds. But at the weigh-in, Roach was ever so slightly over. So she needed to lose some weight — fast.

One Olympic Training Center coach suggested she sit in the sauna and sweat. Her own coach, John Thrush, told her to chew gum and spit. And for some reason, cinnamon gum seems to work best at creating saliva that can be spit out.

The trick worked, and the 5-foot-2-inch champion went on to win the No. 1 spot on the U.S. women's four-member Olympic weight-lifting team.

For the 33-year-old mother of three, securing a slot on the U.S. Olympic team was the culmination of a quest that began more than a decade ago — and has been punctuated by huge disappointments, months of intractable pain caused by a herniated disk, back surgery and lessons learned from her autistic son.

Despite the toll lifting has taken on her body and the pain she has endured, the former gymnast says she loves the sport.

"If you could crawl into my body and truly enjoy the sense of accomplishment, you would do it, too!" she says.

Originally, Roach had hoped to compete in the 2000 Olympics, but the pain in her back became too severe. She called it quits. Over the next few years, she had three kids, opened a gymnastics center and was living a very full life.

But she still harbored an Olympic dream.

In 2005, when her youngest child was just a month old, she told her husband that she wanted to return to competitive lifting.

With her petite frame, fuchsia nails and perfect makeup, Roach defies your expectation of what a woman who holds the American record for the clean and jerk in her weight class would look like.

There is nothing beefy or chunky about her. And only when you look at her arms in the middle of a lift do you get an idea of just how strong she is.

The self-described perfectionist is a fierce competitor who loves the individual nature of Olympic lifting. Your only opponent is yourself and the weight on the bar, she says — and 200 pounds is always 200 pounds.

"I've treated lots of pro athletes in a variety of sports, and Melanie is in a class of her own for energy and dedication," says Dr. Robert Bray, a Southern California back surgeon who performed minimally invasive surgery on Roach in 2006.

Roach's Olympic quest has been both complicated and enriched by her son Drew, who is autistic. Not long after Drew was diagnosed three years ago, Roach went into a near depression.

A devout Mormon, she prayed her son would get better. When he didn't, she went to her bishop in tears. He told her to stop focusing on what Drew couldn't do.

It was, she says, a turning point. She began to truly embrace who Drew was — living in the moment with him and not dwelling on the past or the future.

Shot-Putter Changes Technique Ahead of Olympics May 15, 2008
Balancing Politics and Medals at the Olympics May 8, 2008
Iowa Gymnast Tumbles Toward Olympic Glory May 4, 2008