Accessibility links
Psychics Are the New Psychologists Youth Radio commentator Alyssa Wagner says that psychics help people look to the future, not dwell on the past. People thought she was weird for going to see a psychic, she says, but now family and friends are asking for the number.

Listen
Psychics Are the New Psychologists 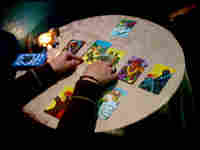 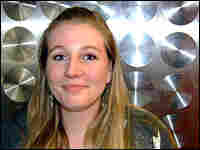 Youth Radio's Alyssa Wagner says a psychic helped her friend look to the future, not dwell on the past. Courtesy Youth Radio hide caption

What's Your New What?

Regardless of your age or where you live, we want to hear from you. Send us an e-mail with your age, where you live and the latest "what" you've noticed.

What's the new what? For me and lots of my friends, psychics are the new psychologists.

So here's an example: One of my best friends, Leslie, broke up with her boyfriend. It was a pretty bad breakup, and everyone agreed the boyfriend was a pretty bad guy. Leslie's parents thought she needed some help coping and sent her to therapy. After being in therapy for three months, Leslie realized that she hadn't moved on — all she was talking about in therapy was the past. Plus, hearing from her therapist what was wrong with her relationship and herself made her feel like she was crazy. So on her birthday, she decided to go see a psychic. It really made a difference.

Of course she was skeptical at first, but the psychic helped her look to the future, not just dwell on what went wrong in the past. She wanted to know that she could be happy again and that she wouldn't always be stuck on this guy.

Anyone who has gone through something awful knows that dwelling on the past isn't any fun if you want to be happy and hopeful again. And getting to that point isn't always quick with a psychologist. Even the psychics I know agree that if you have some serious stuff going on, you might want to take the time to see a psychologist. But time is money, and when you go see a psychic, you get a lot more bang for your buck. A lot of my friends are on budgets, so this is a great way for them to get exposed to some of what's going on for them in one session. In fact, the psychic I see, Rabbit, deters people from coming all the time. I call her a psychic, but she doesn't really like the word "psychic" and prefers to call herself an "intuitive consultant."

Rabbit is a woman I saw when I was about to go abroad and had some serious reservations about the trip. As soon as I walked in the door, without my saying anything, she understood my fears and so much more. After that, it all made sense. When you have a tarot-card reading session with Rabbit, she asks you if there is anything in particular that you want to ask about, and then you both shuffle the tarot cards. She sets out the cards in a way that will best answer your questions. She refers to the cards as keys that unlock things that were already on your mind.

A lot of people thought at first that Rabbit must be a quack, and that I was a weirdo for going to see her, but the more they heard about her and what she said, the more they realized this woman was the real deal. Before I knew it, I had more friends and family members asking me for her number than I could keep up with! Believe it or not, a lot of therapists come to see Rabbit — just further proof that more and more people are taking the intuitive arts more seriously.

And if licensed mental health professionals are getting hip to this trend, you know there must be something to psychics becoming the new psychologists.

Alyssa Wagner is a commentator for Youth Radio.