Accessibility links
Remembering a Tricky Name Change Ramon Sanchez remembers growing up as a Mexican-American student in California in the 1950s, when teachers changed his name to Raymond. He wasn't alone. Girls named Maria became Mary. Juanita became Jane. Then Facundo enrolled and teachers didn't know what to do. 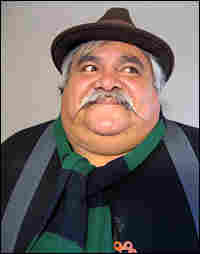 Ramon "Chunky" Sanchez, a Mexican-American student in the 1950s, remembers his name was changed to Raymond by students and teachers at his California school. StoryCorps hide caption 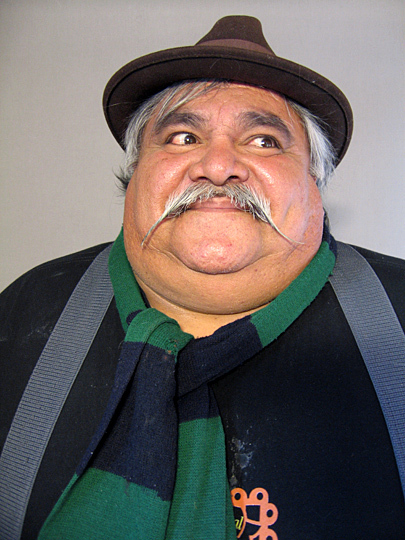 Ramon "Chunky" Sanchez, a Mexican-American student in the 1950s, remembers his name was changed to Raymond by students and teachers at his California school.

Ramon Sanchez remembers that something significant happened to him in the second grade. His name changed.

Sanchez, a Mexican-American student who attended Margaret White Elementary School in Blythe, Calif., a small farming town on the Arizona border, in the 1950s,

Since kindergarten he'd been known as Ramon. "Rrrrrramon," he says with a thick roll of the R.

But when he got to the second grade, his name was Americanized. "Everyone was calling me Raymond."

And it wasn't just his name that got changed.

"If there was a girl named Maria, her name became Mary. Juanita became Jane," he says.

Then one day a new student enrolled: Facundo.

"When he came to school, we noticed they called an emergency administrative meeting. You could kind of hear them talking through the door: What are we going to do with this guy? How are we going to change his name?" Sanchez says.

One teacher suggested shortening his name.

"Fac?" one of the teachers suggested.

The other teachers shot the idea down. "It sounds too much like a dirty word," Sanchez remembers them saying. "You can't be saying 'Fac, where's your homework? Where's Fac at?'

"We always remembered that Facundo was the only guy here who never got his name changed," Sanchez says.