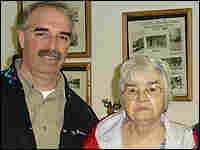 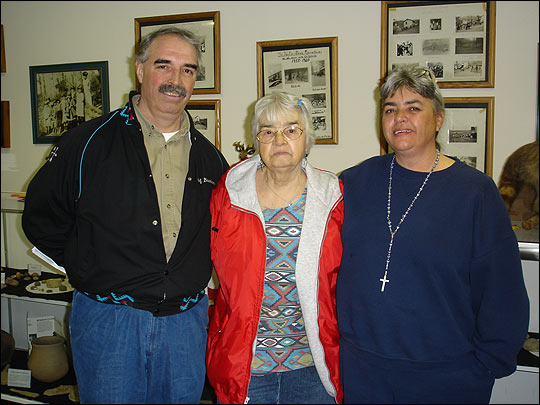 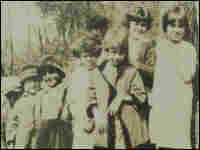 An undated photograph of students from the Indian Mission School. Monacan children weren't allowed into the public schools until the early 1960s. The school closed for good in 1964. Today, the building is on the National Register of Historic Places. Monacan Ancestral Museum hide caption 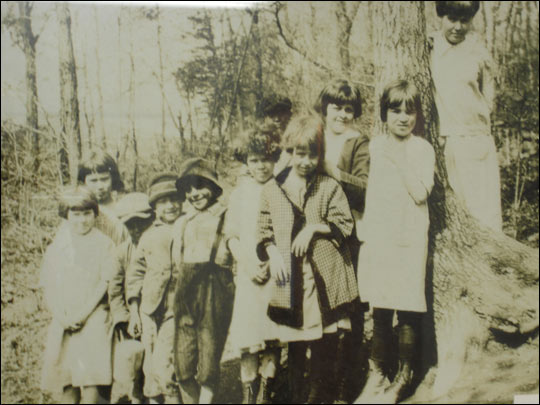 An undated photograph of students from the Indian Mission School. Monacan children weren't allowed into the public schools until the early 1960s. The school closed for good in 1964. Today, the building is on the National Register of Historic Places.

Monacan Indians were in Virginia when the first white settlers arrived, and thousands of years before that.

But as the year 2007 brings the 400th anniversary celebration of the Jamestown settlement, the Monacans are not recognized as an Indian tribe by the federal government.

They're one of six tribes seeking to reclaim their Indian identities through congressional action that would offset decades of deliberate discrimination.

The Monacan Indian Nation lies in the foothills of the Blue Ridge Mountains, in Virginia's rural Amherst County. They were recognized by Capt. John Smith on the Jamestown settlement map, says Monacan genealogist Diane Johns Shields.

But none of the 700 or so people who form the modern-day Monacan nation have grown up steeped in Indian tradition.

That's because for much of the last century, the state of Virginia stripped the tribe of its identity, Shields says.

In 1924, Virginia passed the Racial Integrity Act to prevent miscegenation. It did away with the "Indian" classification on official records. Indians could now be designated only as "white" or "colored."

The law was zealously enforced by a physician named Walter Plecker, a white supremacist who ran Virginia's Bureau of Vital Statistics from 1912 to 1946.

Plecker systematically changed the racial designations of the Monacan ancestors, says Shields, erasing their Indian identity and classifying them as "negro" or "mulatto."

Those names he sent to local registrars, which prevented them from legally marrying a white person — or from burial in community cemeteries. Nor could they attend public schools.

Plecker's faulty documents have made it hard for the Virginia tribe to prove its continuous existence since 1900, which is one of the key requirements for federal recognition.

"That's paper genocide, that's what that did to our people," Shields says. "What he set himself up to do was to erase a whole set of people, our people."

Lacy Branham, 78, didn't even know she was a Monacan until Kenneth Branham — her son and the tribe's current chief — began exploring his roots.

Kenneth Branham says he asked his grandmother why the Indian culture wasn't passed on. She explained that in earlier days, it was safer to keep it a secret.

"She told me with tears in her eyes if the wrong person heard her talking or teaching us those ways, she might not have a place to live the next day," says Kenneth Branham.

He helped change that, after getting his grandmother's blessing. "I'm very proud of what you're doing," she said, through more tears.

"Once she told me that, I knew I was doing the right thing," Kenneth Branham says. "There was no turning back. You know, I couldn't stop after that if I wanted to."

A bill now in Congress would give the Monacans and five other Virginia tribes federal recognition. But the legislation faces an uphill battle because of concerns it could open the door to Indian casinos in the state.

Chief Branham isn't interested in gambling, he says, but would like the resources that tribal status would bring, along with the ability to reclaim ancestral remains, now housed in museums.