Accessibility links
Our Vulnerability Is Our Strength Penn State student Colin Bates is an aide to two men who are mentally disabled. It's a stressful job, and the pay is low, but Bates loves the work. It has given him new perspectives on success and failure, and he's discovered it's OK to need help.

Listen
Our Vulnerability Is Our Strength 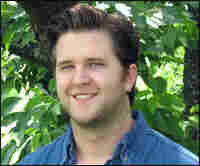 Colin Bates is a resident service assistant for people with mental disabilities and a student at Pennsylvania State University. He's finishing a degree in English and will pursue a MFA in creative writing. He lives in Bellefonte, Pa., with his cat, Cleo. Photo Courtesy Colin Bates hide caption 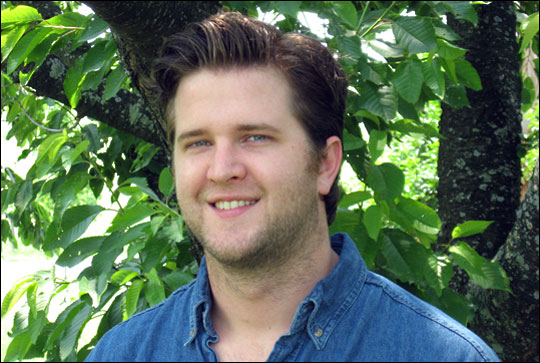 Colin Bates is a resident service assistant for people with mental disabilities and a student at Pennsylvania State University. He's finishing a degree in English and will pursue a MFA in creative writing. He lives in Bellefonte, Pa., with his cat, Cleo.

Most of my friends have recently graduated from college. Every so often, one will call me up to grumble about their new job, telling me how underappreciated they feel, or how they're not achieving the success they wanted. I enjoy listening to them. I think that's what friends are for. But it also gives me perspective on my own work.

I work with two developmentally disabled men, my bosses essentially, who each have profound mental retardation. They're loud without being able to speak. They're violent without understanding the consequences. They can't bathe themselves. They can't cook or work a job. Their behaviors range from catatonic to aggressive.

As a resident service assistant, I go to where these men live and help them in everything they do — bathing, dressing, cooking, feeding, cleaning, going to the bathroom — from the moment they wake until they go to bed. It pays nine bucks an hour.

Underappreciated? Try having your hair ripped out while changing a diaper. Try having the meal you've prepared thrown at you. Try being spit on.

The funny thing is, I love my job. I do. I know I'm young and still have a lot to learn, but here it is: I believe in helplessness, which is to say I believe we need other humans.

It isn't enough to be what our society has dubbed as successful. What we really need are others around us engaging, nurturing, listening and willing to sacrifice their time and agendas. I don't care if you're the CEO of a multibillion-dollar company or a single mother with five kids. Nobody is completely self-sufficient and so, in that way, we are all helpless. We're helpless unto each other.

The cool thing about the guys I work for is that they make their needs explicit. Things that take seconds for most of us, like changing socks, can take hours for them, but their vulnerability isn't a handicap so much as an example. Being with them, encouraging them — "Yes, the socks are on! The socks are off!" — puts things into perspective.

Most of the people I know are embarrassed by what they can't do. They see it as a sign of weakness and consequently walk around with burdened hearts. For my generation, the notion that success equals fulfillment has been pounded into our brains as if it were the truth. My generation is being told that if you can't do something alone, if you're not smart enough or capable enough, then you've failed.

So far, the turning points in my life have not been the times I succeeded at something, but the times I've whispered, "I'm lost," or, "Help me," or, "I need a friend." In becoming helpless, I've allowed myself to be shaped and supported by those who love me — which makes helplessness a gift.

And I have my bosses to thank for it. We've discovered the joy of helping and being helped. I believe sometimes our vulnerability is our strength.