Accessibility links
After Mandela: South Africa as Miracle or Mirage? The heirs to Nelson Mandela's legacy battle among themselves, as the hope he inspired fades under the weight of unmet needs for the black masses. Charlayne Hunter-Gault reflects on two decades of reporting from South Africa.

After Mandela: South Africa as Miracle or Mirage?

After Mandela: South Africa as Miracle or Mirage? 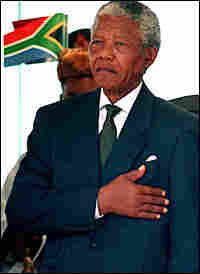 Nelson Mandela was inaugurated as South Africa's first black president on May 10, 1994. In the intervening 14 years, the country has struggled to realize the promises of its early post-apartheid years. Walter Dhladhla/AFP/Getty Images hide caption 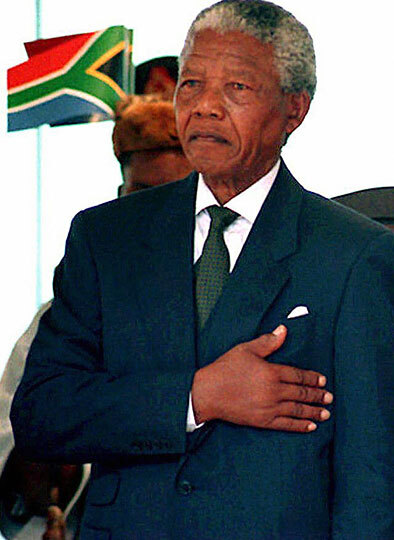 Nelson Mandela was inaugurated as South Africa's first black president on May 10, 1994. In the intervening 14 years, the country has struggled to realize the promises of its early post-apartheid years. 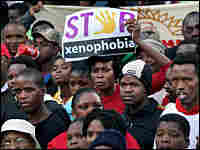 Racism is among the myriad problems that South Africa continues to combat. On May 24, thousands of people marched in Johannesburg, South Africa, to protest a recent wave of anti-immigrant attacks. More than 40 immigrants from other African countries have been killed in xenophobic violence. John Moore/Getty Images hide caption 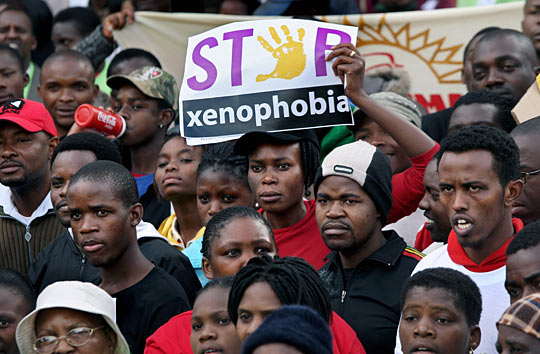 Racism is among the myriad problems that South Africa continues to combat. On May 24, thousands of people marched in Johannesburg, South Africa, to protest a recent wave of anti-immigrant attacks. More than 40 immigrants from other African countries have been killed in xenophobic violence.

When Nelson Mandela took power from the white minority government in South Africa in 1994, the longtime anti-apartheid activist held out hope that this was the beginning of the end of his people's poverty and the decades-long oppression that kept them in it.

His gestures of reconciliation toward his and their erstwhile oppressors are credited with avoiding bloody conflict in the country, leading the world to hail South Africa as a "miracle."

Today, South Africa is at a crossroads. The heirs to Mandela's legacy are battling among themselves, as the hope he inspired is fading under the weight of unmet needs for the black masses.

This is no excuse, but it makes it more understandable how, once started, recent attacks on immigrants from other parts of the continent to South Africa spread like the kerosene fires that destroy entire neighborhoods after poorly constructed stoves explode while meager dinners are being prepared.

It was pent-up rage that, in the end, was misdirected at immigrants who have fled their own economic or political impoverishment to enjoy the fruits of South Africa's "miracle" — a miracle that may, in fact, have been a mirage.

When I first came to South Africa in 1985 on one of many assignments I would take over more than two decades, an Afrikaner told me the reason for not permitting "one person, one vote" was that South Africa was both First World and Third World.

By that, he meant the whites who controlled the economy and reaped its benefits, including a first-class education, were First World. And the blacks, who labored in the mines, the fields, the kitchens and other rooms of the privileged, and who were being deliberately undereducated so that they could remain subservient, were Third World.

But as I traveled around the country in recent weeks, reporting for the NPR series "South Africa at the Crossroads," those words came back to me, albeit in a different context.

Even with a black-led government, the country remains two separate nations: one white and largely in control of the economy; the other, a majority of blacks still outside the economic mainstream.

Of course, successful, high-profile black millionaires and even billionaires exist. But the nation's official unemployment rate is more than 25 percent. Unofficially, it's as high as 85 percent in the townships and informal settlements. The legacy of the apartheid system of separate and unequal education has left most of the unemployed without the skills to compete in an emerging market economy.

President Thabo Mbeki's government has received plaudits in financial circles at home and abroad for the sound conservative fiscal policies it has pursued. But recent global and local shocks to the system, including spiraling gas prices and massive power outages, have caused economists and other analysts to predict a slowdown in the nation's growth and increasing trouble absorbing the unemployed masses.

South Africa also is dealing with one of the highest crime rates in the world. AIDS continues to put an enormous strain on the nation. And then there's another lingering legacy of apartheid: racism, still ever-present in a nation that Mandela hoped would reflect an ethnic rainbow.

South Africa's myriad problems are being exacerbated by the political battles within the ruling party. Accused of being out of touch with the needs of ordinary people, Mbeki lost control of the African National Congress to his main political rival, Jacob Zuma, in December.

So, for the first time in its short history as a ruling party, the ANC has two centers of power — a president of the party and a president of the country — leading to concerns that urgent needs of the nation's poor may become hostage to political gridlock.

In recent weeks, there have been calls for Mbeki to step down, but he has shown no signs of acting on them. Not long ago, he downplayed the turmoil within the party, insisting it was all part of the natural evolution of a liberation movement becoming a governing party.

Jody Kollapen, chairman of the Human Rights Commission, argues that South Africa may indeed be at a crossroads. But he says that perhaps critics and analysts (and journalists) should be taking a longer view, recognizing that South Africa is a new democracy, undergoing growing pains common to new democracies all over the world — including America's, during its early years of independence.

"Maybe it's time to recognize that South Africa is not a miracle country," Kollapen says. "Maybe we should just come down to earth and say, 'We're an ordinary people perhaps, having done some extraordinary stuff, but maybe the world should let us be an ordinary country.'"