Accessibility links
Radical 'Wisdom' for the Global AIDS Epidemic In her new book, The Wisdom of Whores, epidemiologist Elizabeth Pisani interviews sex workers, drug users, health officials and bureaucrats in an effort to determine why 40 million people are living with HIV — and what can be done to curb the epidemic. 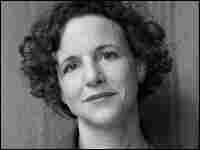 Epidemiologist Elizabeth Pisani has worked on the front lines of HIV/AIDS research for more than a decade, talking to sex workers, drug users, health officials and bureaucrats alike in an effort to determine why 40 million people are living with HIV — and what can be done to curb the epidemic.

Pisani's new book, The Wisdom of Whores, looks at the bureaucracy surrounding AIDS research and treatment, and offers an alternative for the future.

Pisani lives in Bangkok and southwestern Ireland. She has worked with the World Bank, the World Health Organization and the Centers for Disease Control and Prevention.

Excerpt: "The Wisdom of Whores" 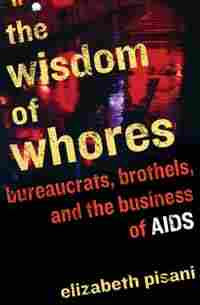 How do you launch a career in sex and drugs? Like any other career: try to be in the right place at the right time.

In 1996 the right place was UNAIDS, a brand new and slightly amorphous 'joint programme' that was supposed to stop the United Nations agencies bickering about whose job it was to deal with AIDS.

A decade earlier, the World Health Organization (WHO) had tried to stamp its authority on the epidemic by establishing the Global Programme on AIDS. It made the fatal mistake of trumpeting the fact that Human Immunodeficiency Virus (HIV) had serious consequences for social and economic development. 'Development? Then it's our business!' said the United Nations Development Programme. 'Economics? That's us!' said the World Bank. UNICEF fretted that children were involved, the United Nations Population Fund ruled over contraception and thus condoms. The United Nations Educational, Scientific and Cultural Organization found that AIDS ticked all the boxes in UNESCO's own title. None of these agencies was actually doing much about AIDS, but they didn't want those medics at WHO muscling in on their turf. WHO spent so much time defending itself from the slings and arrows of other agencies that its own work crumbled.

In the end, the countries that fund the UN got fed up and decreed that the Global Programme on AIDS should be dissolved. WHO must get together with the other five agencies who then staked a claim to AIDS and form a joint programme, UNAIDS, which was supposed to coordinate the efforts of the different agencies and reduce duplication. It was to make sure that when they serenaded governments about AIDS, the different members of the UN family sang the same tune. It was also supposed to act as a clearing house for statistics, providing a single set of 'official' estimates about HIV infection and AIDS. In 1995 Belgian virologist Peter Piot was given the task of putting the programme together.

Piot was like a nursery school teacher trying to get all the children to play nicely together in the sand pit. It wasn't easy, because WHO, the biggest kid in the AIDS class, was still sulky about having its toys taken away and given to the other agencies to play with. But Piot was clever. He ignored most of the time-serving bureaucrats who sniffed around the new programme looking for nice, secure jobs. Instead he sought out people who did real work in the real world – UN virgins, mostly. Like Piot himself, they were people who had come from laboratories in Congo, from VD clinics in Zimbabwe, from condom promotion programmes in Thailand, from outreach work with transvestite prostitutes in the Bois de Boulogne. They signed up because they knew what works in the messy landscapes in which HIV spreads, and they wanted to share that knowledge with other people around the world. They really wanted to prevent what we knew was an eminently preventable disease, to make sure that the people we had already failed got some care. These mavericks plunged into a world of incomprehensible acronyms, of inter-agency task forces, of meetings whose main purpose was to call another meeting. Eventually, the UNocracy would wear many of them down; they would either get out or sell out. But in those start-up years UNAIDS was a place of drive and optimism.

It was into this world I drifted, keen to contribute my shiny new public health skills to the cause. I didn't actually want to live in Geneva, though. The boy I had followed to London was by then in another giant, generously rent-free house, this one in the Kenyan capital of Nairobi. When he wasn't off doing his war correspondent thing at one of the region's many conflicts, we were happily ensconced together. Nairobi to Geneva seemed like a long commute, but it turned out that it was really quite normal by the standards of the UN. A job with the UN is essentially a job for life, so agencies are careful about hiring new full-time staff. This means a huge proportion of the work is done by 'short-term consultants' – people who are happy to sign on and pitch up in Geneva for a week or a month or a year at a time. People think of the UN as a giant gravy train, but the train conductors have sophisticated ways of keeping the working passengers out of the carriages that confer benefits and pensions. I know people who have been 'short-term consultants' for eleven years or more. I examined the skills I had to sell. I could do nerdy things like run a regression analysis, use computer models to predict infectious disease, interpret the results of sexual behaviour surveys, code data, even fake cost–benefit calculations. I sold all of these skills at one time or another, mostly to UNAIDS in Geneva but also to WHO, the World Bank, the US government, the British government – whoever would pay, really, as long as I could go back to my boy in Nairobi at the end of the day, or the week, or the month.

To my surprise, the skill that was most in demand was not one I'd battled to learn in graduate school but one I'd absorbed in the newsrooms of London, Hong Kong and New Delhi. I could write plain English. Fast, to order, about more or less anything.

Fast was important. There was an enormous sense of urgency at UNAIDS in its early years. Everything seemed to happen in a panic at the last minute. The sober WHO lifers with whom we shared our corridors must have been startled by UNAIDS staff with nose rings and Jean-Paul Gaultier shirts, running around and yelling, 'I'm coming, I'm coming. But I can't find the anal sex stuff.'* We sat in our offices and talked passionately about hookers, queens and junkies. In those days, when there was still more passion than politics and where many people in the room fell into at least one of the groups we were talking about, we bulldozed happily through the minefield of language.

In polite company we weren't allowed to say queens, obviously. In fact, we couldn't even say gay, because a lot of men who have anal sex with one another don't think of themselves as gay, and we care about the behaviour, not the identity. So it became men who have sex with men, or MSM for short. Oh, but wait, some of the people with XY chromosomes who have sex with other people with XY chromosomes don't think of themselves as men. Luckily, we didn't have to change acronyms. It became Males who have Sex with Males. IDUs switched identity too, from intravenous drug users to injecting drug users, because some people inject into muscles, not veins. 'Prostitute' was considered a judgement rather than a noun, except among French speakers, so that was out. Selling sex is a legitimate profession, and we can recognize it as such by calling prostitutes commercial sex workers (CSWs). But wait, a lot of women sell sex not for profit or even for cash, but for survival, for school fees, to pay for Dad's visits to the doctor or the beer hall. So it is not necessarily commercial. Just 'sex workers' then. But SW doesn't trip as easily off the tongue as a three-letter acronym. So let's make it FSW, female sex workers. Later, Washington decided that it didn't recognize sex work as a legitimate profession after all, and tried to take us back to prostitute.

Eventually it all got so complicated that someone decided to pour the alphabet soup into a new bowl, coming up with acronyms that avoid us even having to think about male–male sex or drug injection. Current favourite is MARPs, 'Most At Risk Populations', but I gather the PEHRBs, 'Persons Engaged in High Risk Behaviours', are waiting in the wings. As if my colleague in the Jean-Paul Gaultier shirt would rather be called a PEHRB than gay.

It gets sillier. I once received an e-mail from my colleague Graham Neilsen about some technical guidelines I had written under the engaging title: 'Estimating the size of sub-populations at risk for HIV: Issues and methods'. Poor Graham had been press-ganged into the language police and had to plod through this dry tome. 'In the committee-like process of reviewing the cover of your book, the question of the potentially negative connotations of the term "sub-populations" was raised. It is a tad subtle but the term may cause distress to some stigmatized groups by suggesting that they are somehow "beneath" mainstream society etc.' This from a man who was described on Australian national television not as a doctor specializing in the treatment of sexually transmitted infections (STIs, by the way), but as a 'Dildo Expert'.

If you pay taxes to any member state of the United Nations, you have paid for people on five-figure salaries to sit around in five-star hotels for days discussing these important issues. But in the privacy of their offices, the same people often use shorthand that many would consider offensive – prostitute, hooker, john, queen, fag, whore, rent boy, trannie, junkie, smackhead – the terms that real people use to refer to themselves in daily life. In the context there is absolutely no offence intended. Certainly, no offence is intended when I use these words in this book. 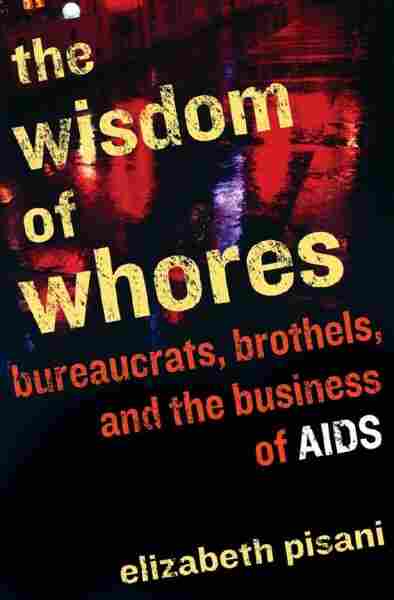 The Wisdom of Whores

Bureaucrats, Brothels, and the Business of AIDS

Title
The Wisdom of Whores
Subtitle
Bureaucrats, Brothels, and the Business of AIDS
Author
Elizabeth Pisani