Listen
The Gallery That Launched the L.A. 'Cool School' 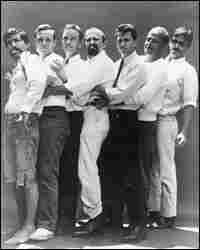 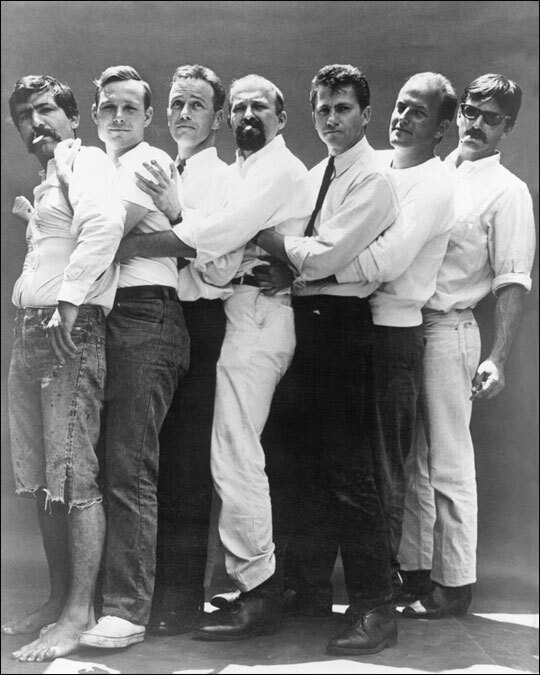 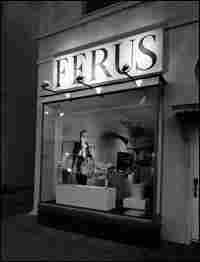 The Ferus Gallery, which opened in 1957, was small, but helped put the Los Angeles art scene on the map. Seymour Rosen, 1962 hide caption

In the early 1950s, as the art scene was popping in New York City, Los Angeles was something of a cultural desert.

But that desert began to bloom when a visionary college dropout named Walter Hopps opened a small gallery in 1957 in West Hollywood. The Ferus Gallery seeded a wild scene that eventually put Los Angeles on the art world's map.

A new documentary, The Cool School, by filmmaker Morgan Neville pieces together the history of the L.A. art scene.

Before the gallery opened, "the idea that you would make a living as an artist was really foreign to anybody in Los Angeles," he tells Madeleine Brand. The environment was hostile to art, and despite the movie business, "the city as a whole was incredibly conservative."

An iconoclast, Hopps sliced through the negativity with ease.

"Though he thought like an artist, he looked like a member of the FBI," Neville says. "He always had a suit and tie on, which he said was his uniform for dealing with the outside world."

The Ferus Gallery drew talent from the far reaches of Southern California, creating a vibrant hub for artists and collectors.

"The artists in the scene were glamorous," Neville says of the group that became known as the "Ferus Gang." "They were good-looking men, they were surfers and beatniks and hard-living, hard-drinking, womanizing artists."

And because there was no established art scene in Los Angeles, they were able to easily push past what elsewhere would be limits.

"The advantage of being in L.A. was that there was no history in L.A. They weren't rallying against any kind of orthodoxy or art history or critical establishment because nothing was here, so [they] could kind of just invent it as they went," Neville says.

Edward Kienholz created "assemblage art," using bits of garbage and used cars, for example, while Ed Ruscha created paintings of words and signs. Others drew from car and surf culture, fiberglassing and airbrushing.

Eventually, artists from others parts of the country began showing in Los Angeles, and a man named Irving Blum came out from New York to run the gallery.

"He brought in people like Andy Warhol, Roy Lichtenstein, Donald Judd, many others, and showed them alongside these L.A. artists and said, 'This is all the newest, best art that's happening,' " Neville says.

"Ultimately, I think that L.A. just wasn't quite ready to have the scene that I think it does now," Neville says.

Since he began working on the documentary, however, Neville says he's witnessed the scene evolve again.

"Even in the time we've been making this film, literally in the last five years, I think the scene has become what it was supposed to be back then," he says. "For the first time, artists can stay in Los Angeles and make a living and ... [get] real international recognition."