Accessibility links
Lewis Black, Minus the Expletives, on God, Religion On stage, stand-up comedian and author Lewis Black usually deals with the absurdities of life and politics. Now he's back, expounding on his relationship with religion and his own spiritual journey in a new book, Me of Little Faith.

Listen
Lewis Black, Minus the Expletives, on God, Religion 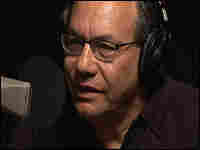 Comedian Lewis Black visited NPR's studio 4A and weighed in on God, gurus and the meaning of life. Sarah Handel/NPR hide caption 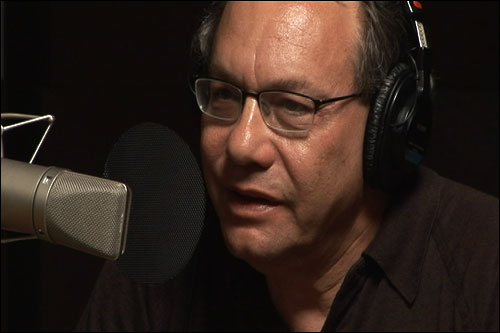 Comedian Lewis Black visited NPR's studio 4A and weighed in on God, gurus and the meaning of life.

'Don't compare me to Family Guy'; Black responds to a 'non-believer.'

'I don't care if they believe in Ronald McDonald'; Black on politics and religion.

Grammy Award-winning stand-up comedian, author, playwright and actor Lewis Black is not — as anyone who has seen his routines on Comedy Central and elsewhere might guess — a big fan of organized religion. But he does believe in God — or, at least, that there is something out there.

"I'm not sure it will make sense," Black says, "but I do know there has got to be something out there — and I am calling it glue."

In a conversation with Neal Conan, Black discusses his take on various religions and his spiritual quest, which he chronicles in his latest book, Me of Little Faith.

The usually foul-mouthed comedian — who abstained from cursing during this interview — says he finds a lot of similarities between comedy and religion.

"They both take place on the weekends, and both of them have a certain call and response. And I think laughter, in the end, provides a comfort for people," he says.

Excerpt: 'Me of Little Faith' 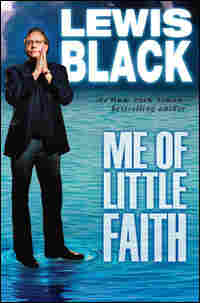 Thou Shalt Have No Other Gods Before Me

I can think of no better place to write a book about religion than this, my ancestral homeland, Chapel Hill, North Carolina, where I attended the University of North Carolina as an undergraduate. None of my ancestors actually came from here — they all came from Russia and later settled in New York — but I like to imagine that they're from this place. It's less depressing. "Russia" in the original Russian means "gathering of depressed people with a penchant for vodka as self-medication."

Several years ago I went to St. Petersburg, Russia, where some of my family was from, and I felt as if I didn't belong at all. It didn't look as if it had changed much since the early 1900s, when the pogroms there convinced my family to get the hell out. In these pogroms, organized gangs of Russians terrorized and killed more than a few Jews. My Aunt Sonia suffered six saber wounds during one of these attacks. Luckily, her sister, my grandmother, had come to America at the age of sixteen and made enough money to bring her here before a seventh saber wound could be delivered. I can't even imagine a time when people used sabers, let alone what would possess the Russians to go after my ancestors, who weren't what one would call practicing Jews.

As I wandered the streets of St. Petersburg, I felt not even one root. Actually, it was kind of a dump. An amazing dump, filled with some spectacular pieces of architecture, like the Hermitage, but everything looked in desperate need of repair and a paint job. It looked like it must have looked in a nineteenth-century painting that someone had soaked in water for weeks. I don't think it was a really smart move for the Russians to have driven out the Jews; they would have been a big help. They sure know their real estate. Lucky break for me, though — I was much happier in North Carolina than I would have been going to school in the Urals, or Vladivostok, or Shtuppengrad.

I felt absolutely at home in Chapel Hill from the moment I arrived from the suburbs of Washington, D.C., forty years ago. At the time it seemed strange that a Jew from up north would feel comfortable in the South, but Chapel Hill was a place where there were only a few folks left who thought the South had won the Civil War. It's one of the few spots on earth where I have felt comfortable in my own skin. I don't feel that way in many places — hence the very attractive series of twitches one sees in my stage act. Maybe it's because I lived in Chapel Hill in a past life and if I scout around long enough I'll see my ghost wandering around the campus. (Maybe even in a crinoline — Jesus, what if I was a woman in my past life?) It is the first place I discovered my own voice and was able to take my first baby steps toward becoming a writer — a playwright, no less.

Reprinted from ME OF LITTLE FAITH by Lewis Black by arrangement with Riverhead Books, a member of Penguin Group (USA), Inc., Copyright © 2008 by Lewis Black. 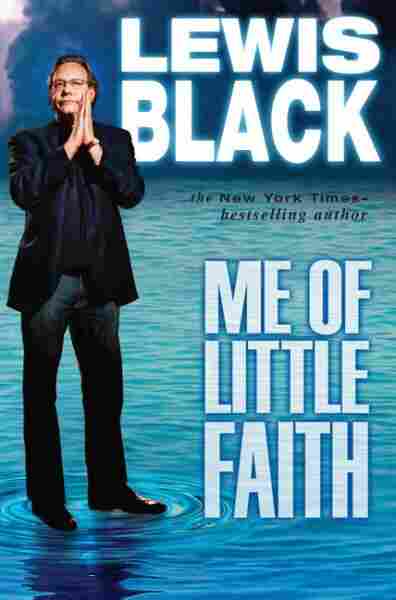 Me of Little Faith