Accessibility links
Obama, McCain Agree: They Disagree on Economy The rival candidates are spelling out their plans to improve the economy in appearances this week. And those plans have markedly different approaches to an issue likely to dominate the presidential race. 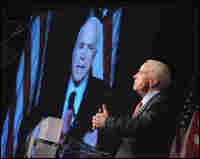 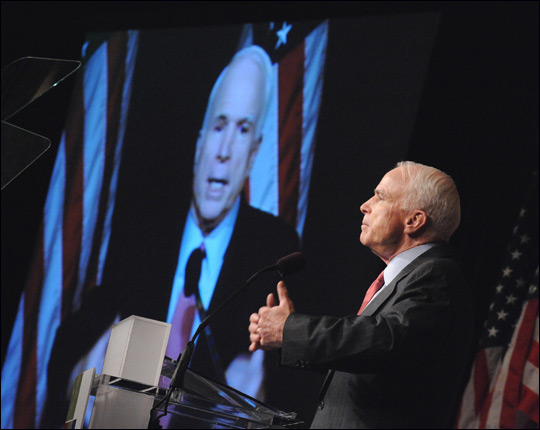 The two candidates' economic plans differ on everything from tax policy to economic stimulus. Compare their positions. 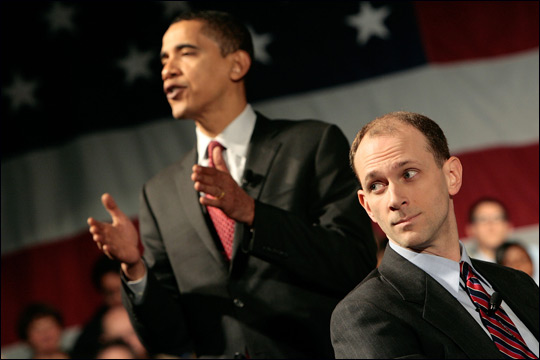 McCain: He is advised by a team of business people and academics, including Douglas Holtz-Eakin, an unpaid adviser and the former head of the Congressional Budget Office; Carly Fiorina, the former CEO of Hewlett Packard; Phil Gramm, a former Texas senator and economics professor at Texas A&M University; and Meg Whitman, the campaign finance co-chair and former CEO of eBay.

Obama: His chief economic adviser is Austan Goolsbee, a University of Chicago economist. Jason Furman is his economic policy director. Furman worked for former Democratic presidential candidate and Mass. Sen. John Kerry and also previously headed the "Hamilton Project" at the Brookings Institute, founded by Robert Rubin, the former Secretary of the Treasury. 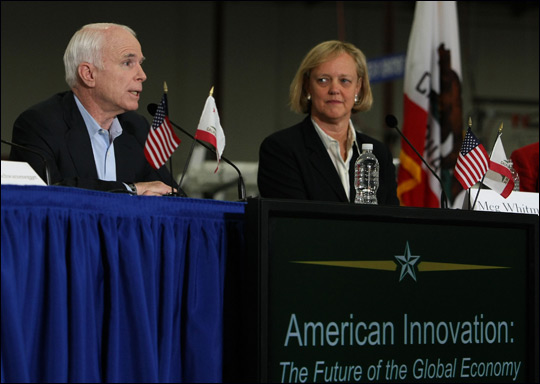 There's at least one thing Sens. Barack Obama and John McCain agree on.

"When it comes to the economy, John McCain and I have a fundamentally different vision of where to take the country," Obama told a crowd Monday in North Carolina.

McCain echoed that sentiment the next day in a speech to small-business owners in Washington, D.C. "On tax policy, health care reform, trade, government spending, a long list of other issues, we offer very different choices to the American people," McCain said.

The two presidential candidates are spelling out those economic choices this week.

At his North Carolina speech, Obama was introduced by a lifelong Republican who now finds herself looking for a change.

Obama wants to reverse President Bush's income tax cuts for the wealthiest Americans, while giving a tax credit of up to $500 for low- and middle-income workers. The senator has proposed spending tens of billions of dollars on new roads, bridges and alternative energy projects. And perhaps his most ambitious initiative would help subsidize health care so nearly all Americans could afford it.

"We have tried it their way for eight long years. And it has failed. It is time to try something new," the presumptive Democratic presidential nominee said Monday.

"For eight long years, our president sacrificed investment in health care, in education, in energy and infrastructure on the altar of tax breaks for big corporations and wealthy CEOs — trillions of dollars in giveaways that proved neither compassionate nor conservative," Obama said.

North Carolina was the first stop for Obama on a two-week economic road trip that will also take him to such battleground states as Ohio, Pennsylvania and Florida.

His Republican rival, McCain, has acknowledged that the economy is going through a tough time, and the Arizona senator outlined his own very different economic plan at the National Small Business Summit in Washington.

McCain also wants to cut corporate taxes. His proposals were well received by the audience of small-business owners.

"Right now at this stage of the economy, we need to support the growth of small business. So we do not need to do a tax increase on small business," said Mark Sincavage, who owns a commercial excavating company in Pennsylvania.

McCain has tried to characterize his Democratic opponent as a big-government liberal.

"Under Senator Obama's tax plan, Americans of every background would see their taxes rise," McCain said. "Seniors, parents, small-business owners and just about everyone who has even a modest investment in the market."

Obama's proposal to raise dividend and capital gains taxes would be widely felt. But the vast majority of the increase would be borne by the wealthy. According to the Tax Policy Center in Washington, the richest 5 percent of Americans collect more than half of all dividends and more than 85 percent of all capital gains.

At heart, this is a debate over how big a role the federal government should play in steering the nation's economy and deciding how its spoils are shared. Obama criticized McCain's approach as too hands-off.

"It's little more than the worn dogma that says we should give more to those at the top and hope their good fortune trickles down to the many who are hard-working," Obama said.

McCain insists he doesn't want to starve the government, just make it more efficient. "Government should be on your side, not in your way," he told the small-business owners.

One thing seems certain: As long as the sputtering economy stays high on voters' minds, these issues are likely to dominate the presidential race.

Comparing McCain and Obama on the Economy

Tax Policy: McCain would try to make President Bush's tax cuts permanent for individuals and businesses. Those tax cuts are scheduled to expire in 2010. McCain would also make permanent the research tax credit for businesses. McCain says he wants to completely eliminate the alternative minimum tax. Originally designed to make sure millionaires pay taxes, the AMT is now affecting millions of middle-income taxpayers. McCain supports a ban on Internet taxes and says any tax increase should require a three-fifths majority in Congress. He also supports supplementing Social Security with personal accounts — but not as a substitute for addressing Social Security benefit promises that he believes cannot be kept.

Fiscal Discipline: McCain says the practice of excessive borrowing and deficit spending by the federal government must stop.

Economic Stimulus: McCain would cut the corporate tax rate from 35 percent to 25 percent and allow first-year expensing of equipment and technology investments by businesses. In addition, McCain would provide a permanent tax credit equal to 10 percent of the amount businesses spend on wages and on research and development.

Tax Policy: Obama would reverse President Bush's tax cuts for upper-income taxpayers and provide 150 million low- and middle-income workers a tax credit of up to $500. He proposes eliminating income taxes for seniors earning less than $50,000 a year and tripling the earned-income tax credit — to $555 — for full-time minimum wage workers. Obama also proposes a mortgage tax credit for homeowners who don't itemize deductions, and he would make the research credit permanent.

Fiscal Discipline: Obama says he would restore fiscal discipline by requiring new government spending to be paid for by revenue increases or cuts in other programs.

Economic Stimulus: Obama is calling for an additional $50 billion in economic stimulus due to recent job losses, including expanded unemployment benefits and foreclosure relief.