Nathan Hodge and Sharon Weinberger are nuclear tourists. Rather than sunning in the Bahamas or traipsing around Disneyland, the two defense reporters spend their vacation days exploring missile silos, test sites and bomb shelters.

Though their tans may still need work, Hodge and Weinberger have come away with new insight regarding the role of atomic weaponry in today's world. The pair just published A Nuclear Family Vacation: Travels in the World of Atomic Weaponry, which chronicles their travels to nuclear landmarks across ten states and fives countries. 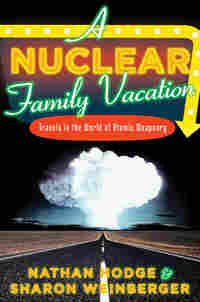 From Chapter 4: Uncovering the Secrets of Uranium Production in Tennessee

Every nuclear facility has a story, a tale intertwining official history and local lore. During World War II, the high secrecy surrounding the Manhattan Project required selecting sites based on isolation, but it also sometimes concealed elements of patronage. No site was ever chosen at random. It appeared on the map because someone, usually in Washington, wanted it to be there. Oak Ridge, Tennessee, was no exception.

Residents of Oak Ridge like to regale visitors with two stories of the town's origins. One involves the legend of John Hendrix, a local mystic in the early 1900s who wandered into the woods for forty days and returned to his tiny rural community with a strange prophecy. The remote valley, Hendrix said, would one day be filled with factories that would help win a great war. Less than three decades after his death, the Y-12 nuclear plant was built in Bear Creek Valley—in the exact spot foretold by Hendrix—to produce the fuel for a bomb that many hoped would win World War II.

The second story is grounded in Washington politics. Senator Kenneth McKellar, a powerful member of Tennessee's congressional delegation, agreed during World War II to help secretly channel the funds to build the facilities needed for a nuclear bomb. When asked by President Roosevelt to help conceal the secret defense project, McKellar, as legend has it, responded: "Where in Tennessee are we going to build this thing?"

The two stories—often retold in different forms—reflect some fundamental truth about Oak Ridge. The town owes its existence to government largesse, though the plentiful supply of electricity from the Tennessee Valley Authority dam—and the area's isolation—likely played the decisive role. Oak Ridge dates back to the earliest days of the Manhattan Project, when the area, described as "59,000 acres of Appalachian semiwilderness," was selected as the location of one of the original secret cities. Oak Ridge housed the factories built to separate the fissile uranium needed for the atomic bomb. The entire city was fenced off; its true purpose was concealed from most who worked there. Though its population plummeted and many of its factories went idle after the war, Oak Ridge soon found a new role as the arms race accelerated and the country needed a place to produce weapons-grade uranium.

During the Cold War, the original Manhattan Project plants evolved into a vast complex dedicated to manufacturing the exotic components for nuclear weapons. The production network stretched across the United States, from Hanford in Washington State, where plutonium was produced in huge reactors, to Rocky Flats, in Colorado, where the spherical plutonium triggers used in nuclear weapons were wrought. The complex reached south to South Carolina's Savannah River Site, which manufactured both plutonium and tritium, and to the Pantex facility in Amarillo, Texas, where the final assembly of nuclear weapons was completed. Y-12 began its life primarily as a processing center for uranium, but later expanded into the Y-12 National Security Complex, a manufacturing complex for secondaries, the components that give thermonuclear weapons their immense destructive power.

Dispersing this vast production complex across the United States protected the bomb-making infrastructure from attack. But it also offered political protection. Spreading the work across congressional districts shielded the complex from budget cuts. Times have changed, however, and the nuclear production complex has shrunk substantially, as the demand for nuclear weapons has declined. In 1989, after an FBI raid, Rocky Flats was closed down; Savannah River now only deals with tritium, an isotope of hydrogen used as an ingredient in thermonuclear weapons; and Hanford is essentially a cleanup site. Since the end of the Cold War, the production complex has shrunk by half, from fourteen sites employing around sixty thousand workers in the late 1980s to today's eight sites, which employ twenty-seven thousand people. Our trek to Y-12 was to figure out what a nuclear weapons factory does in an age when nuclear weapons aren't actually produced anymore. In other words, how do they keep busy?

Old habits die hard, and habits grounded in secrecy are even harder to kill. For most of its existence, Y-12 was one of the most closely guarded facilities of the nuclear complex, hidden behind a razor wire perimeter and closed off from public view. Those without the coveted Q clearance were not allowed on-site. Journalists couldn't even think about getting behind the fence. Frank Munger, a local reporter, described how, prior to the 1990s, he would have to relay press inquiries to Y-12 through intermediaries. In the early 1990s, a Wall Street Journal reporter spent a year negotiating access to Y-12, noting that the legacy of secrecy was so ingrained "that at one point even the number of rolls of toilet paper it used was classified to prevent the Soviets from figuring out how many people it employed."

It was only after the end of the Cold War that Y-12 took its first, tentative steps toward opening up to the outside world. In 1992, it held a ceremonial "fence cutting," at which it opened up sections of the plant to the public, concentrating classified work in a smaller secured area. The event was hailed as a new beginning. The Department of Energy even began offering bus tours that took tourists to visit historic sites around Oak Ridge, including parts of Y-12. Oak Ridge was playing up its nuclear heritage.

Having already visited the nuclear weapons laboratories—Los Alamos, Livermore, and Sandia—as well as the atomic test site in Nevada, we wanted to see what one of the manufacturing facilities looked like. Y-12 was one of the most active, and it dated all the way back to the Manhattan Project; it seemed like the best choice.

Yet in the fourteen years since the fence cutting, Y-12 had effectively remained a closed facility, and when we first put in our request to visit, we were unsure whether we would actually be granted access. Unlike Los Alamos, Livermore, and Sandia, which regularly host journalists and hold public tours, Y-12 experiences national press exposure infrequently at best. When we ran into Bryan Wilkes, the NNSA's chief spokesman, at a dinner in Washington, we pleaded our case and he nodded sympathetically. "Well,"I think it's a possibility," he said, leaning over the cheese tray. "I mean, it's not like you're asking to visit Pantex."

A few weeks later, we received word from Y-12 that, in fact, our visit had been approved. We were on our way to the secret city of Oak Ridge. 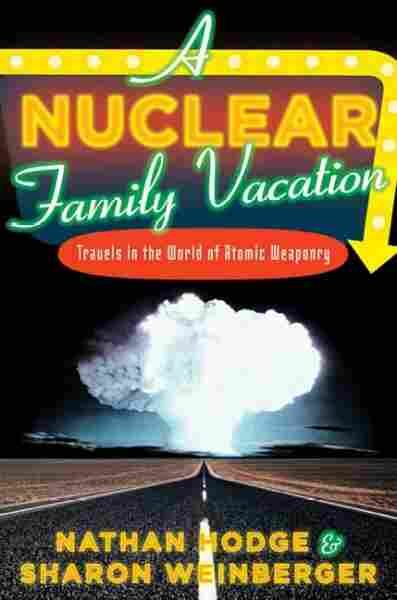 Travels in the World of Atomic Weaponry

by Nathan Hodge and Sharon Weinberger