Accessibility links
Excerpt: 'Metzger's Dog' The delectably complicated plot revolves around Leroy "Chinese" Gordon and his group of antisocial pals who break into a UCLA professor's office in order to score some cocaine, but find, instead, detailed instructions for bringing a major urban city to its knees. 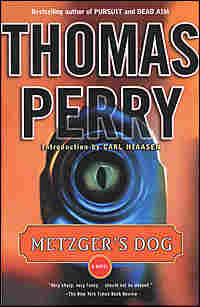 Chinese Gordon was fully awake. He'd heard the clinking noise again, and now there was no question the cat was listening too. The cat, Doctor Henry Metzger, had assumed the loaf-of-bread position on Gordon's blanket, his ears straight up like a pair of spoons to catch the sound and lock onto it. Doctor Henry Metzger sat up and licked his paw, then froze as he detected some variation in the sound that Chinese Gordon's ears couldn't hear.

"What is it?" whispered Chinese Gordon. "Somebody trying to break in, isn't it?"

Doctor Henry Metzger turned from the sound, walked up Chinese Gordon's chest, and stepped on his forehead on the way to the spare pillow. He'd identified it as a human sound, which placed it outside Doctor Henry Metzger's sphere of interest.

Damn, thought Chinese Gordon. Burglars. He slipped out of bed, moved quietly to the doorway, and listened. He could hear from downstairs the faint squeaking of the garage door to the shop moving on its rollers. His eyes strained, but he could see nothing below except the familiar dim shapes of the shop machines. Then, as the garage door opened farther, he saw a man silhouetted for a moment. The man entered, followed by another, and another.

Chinese Gordon stayed low, watching from the upper landing without moving. There were three of them. The gun was locked in the bottom of the tool chest in the back room downstairs, which meant it was worse than nothing because if he gave them enough time they'd find it.

He could tell they were just inside the garage door now, probably standing there waiting for their eyes to adjust to the darkness before trying to move into the shop. It was a lousy situation, thought Chinese Gordon. They might be just kids or winos or junkies trying to score a lot of expensive tools and machinery, but that didn't mean they wouldn't kill him if he switched on the light or made a noise.

Beside him he felt Doctor Henry Metzger rubbing against him, purring. When Doctor Henry Metzger stopped purring and stared down into the shop, Chinese Gordon knew the men had begun to move. He watched the cat's face, the intent unblinking eyes focused on the darkness below. Then Doctor Henry Metzger crouched low and peered over the edge of the landing, his ears back so his head would have no silhouette. Once of them must be directly below, looking up at the power tools hanging on the pegboard on the wall. Chinese Gordon listened, and he could feel the shape of the man below him, leaning forward over the bench, his face staring up at the tools to assess their value, weight, and bulk. Now he would be reaching up for the electric drill.

Chinese Gordon felt a twinge of guilt about what had to be done. He knew it wasn't fair, and there would be resentment, there might event be consequences he couldn't imagine. He gently placed his hand on Doctor Henry Metzger, feeling the thick, soft fur. Then, without warning, he scooped the cat up and dropped him. Doctor Henry Metzger screamed as he fell, the terror, surprise, and anger howled into the darkness in a high-pitched screech.

Chinese Gordon could tell immediately that he'd judged the trajectory correctly. Doctor Henry Metzger could only have dropped five or six feet before the tone of the howling changed and the human scream joined it. The cat had definitely landed on the man's head, scrambling desperately with claws out for a foothold, from the sound of it tearing great gashes, because the man's shouts weren't just terror, they were pain.

There were other sounds now too. The shouts of both of the man's companions competed with the howling and screaming. "What?" one yelled. "What? What?" Then he ran into the lathe, which rocked slightly although it was bolted to the pavement, and must have injured himself somehow, because then his voice came from the floor in a breathless, inarticulate moan. The other screamed, "Hold still! Freeze, you bastard!" as though he were either contemplating shooting someone or merely advocating keeping calm.

On the landing Chinese Gordon lay flat on his belly and listened. The man on the ground said, "We've got to get out of here."

"What the hell happened?" said the one with the commanding voice. "It sounded like a baby."

Chinese Gordon heard them move away, then peered over the edge to watch them, one by one, escape under the partially opened garage door. A few seconds later he heard car doors slam and an engine start. 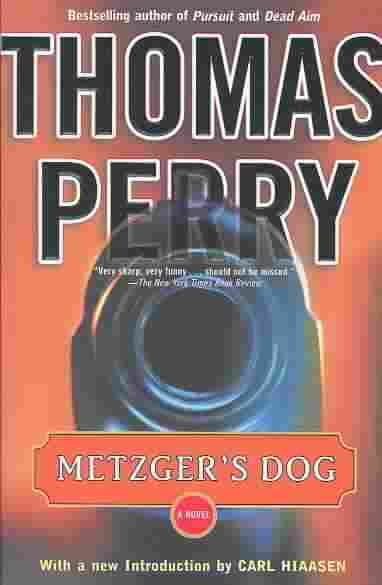