Accessibility links
'Eco-Horror': Green Panic on the Silver Screen? Critics may have called The Happening toxic, but the movie may have some value as a piece of eco-horror. As real-life environmental fears loom larger, films that warn against abusing the planet are being produced in larger numbers. 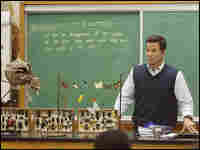 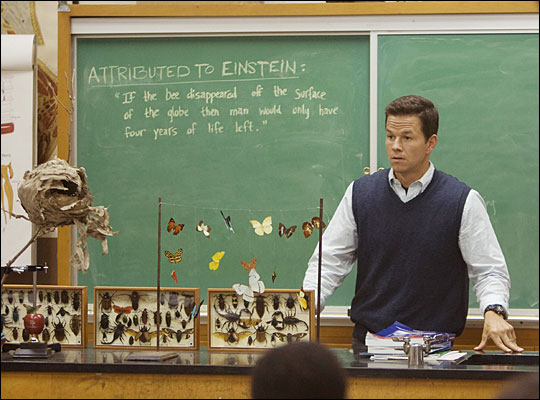 While The Happening may not be happening for NPR film critic Bob Mondello, the movie is another example of what appears to be a cinematic trend: eco-horror.

The Happening's central environmental catastrophe puts it in the company of other recent pictures — think Sunshine, or The Day After Tomorrow.

In the next year or so, we can expect to see Avatar, directed by James Cameron, and remakes of The Swarm and Creature from the Black Lagoon.

Of course, movies with environmental themes are nothing new. Back in the '70s — another era defined by an oil crisis and discussions of alternative energy — movie audiences entertained themselves with disaster movies (Earthquake) and creature features (Prophecy, Frogs).

What makes today's eco-horrors different is that the entire planet is seen as vengeful and malevolent towards its human inhabitants. Film scholar Kendall Phillips compares this crop of films to an old genre favorite: haunted-house movies in which the house becomes a kind of character.

"They're just expanding that so literally; the ecosphere plays that kind of menacing role," Phillips says. "Somehow, the planet has grown tired of us. We've overstayed our welcome."

Happening director M. Night Shyamalan jokes that the quintessential horror film for our time might turn out to be a documentary: An Inconvenient Truth.

Another director of environmental horror films, Larry Fessenden, says he hopes people will see his movies as cautionary tales. 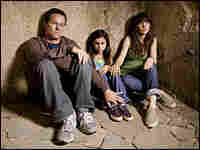 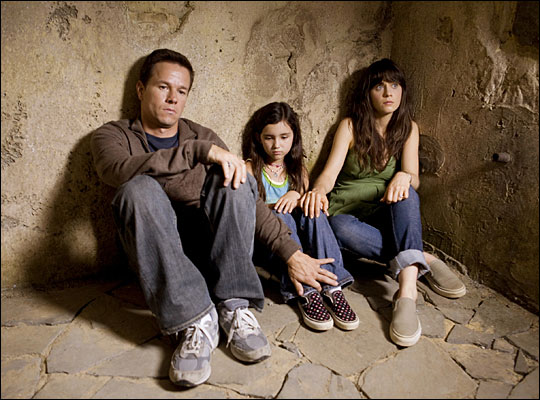 Rated R for violent and disturbing images — and perhaps as a come-on to the teens who are its natural audience. 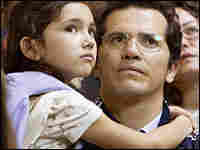 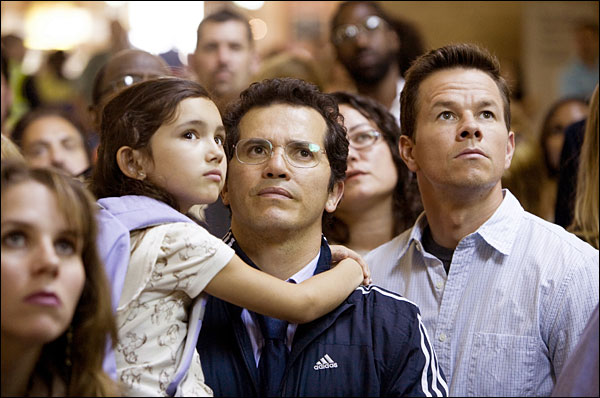 Jess (Ashlyn Sanchez), dad Julian (John Leguizamo) and Elliot (Mark Wahlberg) find themselves troubled by the news from New York — or perhaps by their dialogue.

People out strolling in Central Park on a beautiful summer day abruptly stop strolling and stand motionless. Then the dying starts: Spikes thrusting into jugular veins, cops putting revolvers to their own foreheads, a weird aerial ballet of construction workers hurling themselves off 30-story buildings on the park's fringes — suicide after suicide, until there's no one left to die.

As apocalypses go, the one that opens The Happening is pretty arresting. But then it needs to be, coming from writer-director M. Night Shyamalan, whose Sixth Sense turned the artful explaining of the inexplicable into one of Tinseltown's more profitable cottage industries.

Whether audiences will find Shyamalan's explanations compelling this time is another question. The set-up's nifty, the payoff problematic.

As in the director's earlier films, disquieting events are seen through the eyes of a small and increasingly isolated family group. In this case, that'd be earnest Philadelphia science teacher Elliot (Mark Wahlberg), his not-quite-unfaithful wife Alma (Zooey Deschanel) and the plucky 6-year-old daughter (Ashlyn Sanchez) of another teacher (John Leguizamo) at Elliot's school. (He's gone off to find his own wife, if you're wondering.)

Might the problem be an airborne neurotoxin? A terrorist attack? A random act of nature? A movie pitch run amok? You'll get no spoilers here.

Wahlberg, whose strength has always been onscreen naturalness, should not have been required to ask urgent questions for 90 consecutive minutes, but he manages to make some of the quasi-scientific nonsense Shyamalan has given him in lieu of dialogue sound like actual speech.

Only toward the end of the film does he remotely connect with Deschanel, who expresses her character's emotional constipation mostly by popping her eyes while pursing her lips. Both of them fare better than Leguizamo, who can't seem to get a handle on how to play a teacher who meets certain death with math riddles.

Shyamalan, whose career has been offering ever-diminishing returns to audiences and to the studios who back him, has lately been on a mission to repair his rep. He does not, he told both The New York Times and Los Angeles Times, want to be known as the "guy who makes the scary movie with the twist" — a plaint that would seem more heartfelt if he'd write or direct something other than a scary movie with a twist. (Yeah, yeah, I know: Stuart Little. But that was nearly a decade ago).

Actually, as The Happening is neither terribly scary, nor all that twisty, he needn't have distressed himself. The bigger danger, after The Village and The Lady in the Water, is that he'll become known as the guy who makes the inane movie with the risible premise.

Fortunately, he still has an eye for composition — give him a reflective surface and he'll layer information all over it, and to the extent that a wind rustling tall grass can be made threatening, he makes it threatening (with an assist from James Newton Howard's seriously overwrought score).

That said, if what audiences are looking for is a thrill ride, or even a pervasive eeriness, The Happening's just not happening.