Accessibility links
Cyd Charisse, Actress and Dancer, Dies at 86 She dazzled audiences opposite Gene Kelly and Fred Astaire. Her career spanned seven decades, and she worked in many a nonmusical drama. But as Astaire said: "When you've danced with her, you stay danced with." 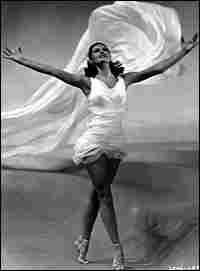 Cyd Charisse in Singin' in the Rain; the dancer and actress has died at 87. Hulton Archive/Getty Images hide caption 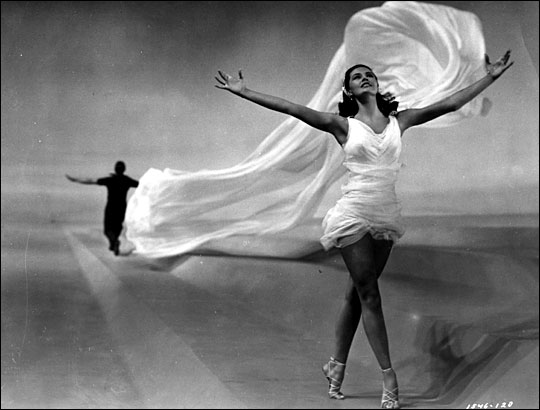 Cyd Charisse (with Gene Kelly) in Singin' in the Rain; the dancer and actress has died at 87.

Actress and dancer Cyd Charisse has died in Los Angeles, after suffering a heart attack. She was 86.

Her career spanned seven decades and included a stint with the Ballets Russes as a teenager, along with many dramatic films.

But it was as a partner to Fred Astaire and Gene Kelly that audiences embraced her.

Charisse had appeared in 16 movies before Singin' In the Rain in 1952, but once audiences saw the long-stemmed beauty with that 40-foot white scarf billowing behind her, they fell as hard for her as Gene Kelly did.

That fantasy sequence made her a star — and she was just as well received opposite Fred Astaire a year later in The Band Wagon.

Hollywood musicals were fading by the time she made Silk Stockings with Astaire, four years later, and thereafter her career involved mostly dramatic roles.

But as Astaire said in his autobiography: "That Cyd — when you've danced with her, you stay danced with."