Accessibility links
'Get Smart': Still Inept, But in All the Wrong Ways TV's beloved secret-agent spoof gets a big-screen update — but like its bumbling hero, the film is constantly trying to be something it's not. The result: an unfunny comedy spliced with an unexciting spy caper.

Listen
'Get Smart': Still Inept, But in All the Wrong Ways 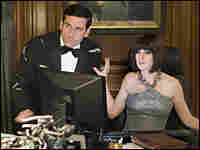 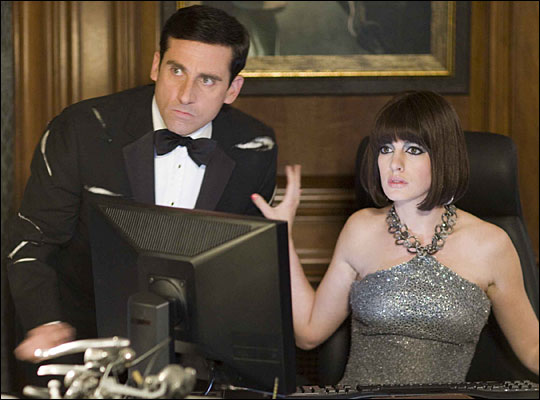 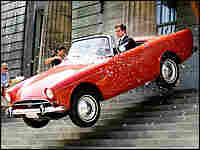 Driven: In and out of the car, Smart has issues with CONTROL. Tracy Bennett/Warner Bros. hide caption 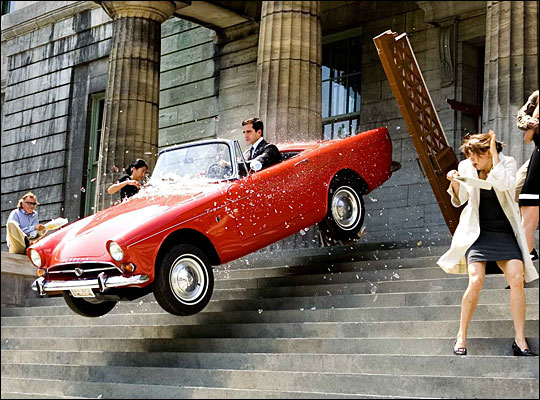 Driven: In and out of the car, Smart has issues with CONTROL.

'Sorry About That, Chief'

Old television doesn't die; it gets recycled by Hollywood. The latest case in point? Get Smart, a big-screen version of the '60s spy spoof and a film mistaken about its own identity.

It's based on one of that decade's great TV comedies, so you'd think being funny would be its main goal. But you would be wrong — very, very wrong. Like its protagonist, overmatched secret agent Maxwell Smart, Get Smart yearns to be something it's not.

Determined for some reason to walk in the footsteps of James Bond, the film neglects the laughs and amps up the action. That results in a not-very-funny comedy joined at the hip to a not-very-exciting spy movie. Talk about killing two birds with one stone.

Get Smart is also an origins story of sorts: It shows us how desk-bound analyst Smart (Steve Carell) finally gets his chance to work in the field for super-secret spy agency CONTROL, going up against experienced bad guys like the shrewd Siegfried, played by Terence Stamp.

The new Get Smart brings back many TV-series trademarks, from the iconic shoe phone to robot agent Hymie to the dread Cone of Silence. But they've decided to retool Maxwell Smart: Once an inept personality, he's now someone who is actually moderately capable. Not very funny.

Even less funny is Get Smart's determination to turn itself into what the studio is calling an action comedy, complete with a wide range of perfunctory stunts. Equally inept are attempts at up-to-the-minute political satire, including a miscast James Caan as a president modeled on George W. Bush.

Who knows what the late Don Adams, who starred in the TV original, would have thought of this misadventure. If you've never experienced Adams in his prime, brief clips available on YouTube provide more laughs than this entire benighted enterprise. Get smart: Save your money and smile for free.