Accessibility links
Sounds of the '80s, Minus the Artifice Media shorthand has reduced the music of the '80s to a set of telltale signifiers: big hair, skinny ties, and so on. But a few surviving documents, among them Richard Barone's fantastic Cool Blue Halo, demonstrate that the era was fruitful for classic pop.

Sounds of the '80s, Minus the Artifice

Sounds of the '80s, Minus the Artifice 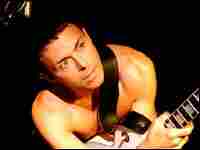 What other lost pop classics defy the stereotypes of '80s music? Why hasn't Barone received the attention he deserves?

Love Is a Wind That Screams

Man Who Sold the World 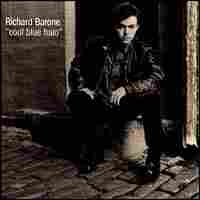 Media shorthand has reduced the music of the '80s to a set of telltale signifiers: big hair, arena-rock screamers, the ascension of Madonna, rock stars spending years in the studio, skinny ties, Thriller, new wave. There was more going on than that, of course. A few surviving documents, among them Richard Barone's fantastic Cool Blue Halo, demonstrate that the era was actually fruitful for classic pop.

A plaintive masterpiece created at a time when making pop was practically an act of subversion, Cool Blue Halo was recorded live at New York's Bottom Line on a single evening in May 1987. The album features singer, songwriter and guitarist Barone leading a modest acoustic ensemble: cellist Jane Scarpantoni, acoustic guitarist Nick Celeste and percussionist/keyboardist Valerie Naranjo. It was Barone's first statement after the dissolution of The Bongos, his critically hailed new-wave act, and for the occasion he wrote a series of disciplined songs inspired by the Revolver-era Beatles. He also revised two Bongos tunes, notably the anthemic "Numbers with Wings" (audio), and worked up smart covers of the Lennon-penned "Cry Baby Cry" and David Bowie's dystopian "The Man Who Sold the World" (audio), with a lively contrapuntal arrangement that foreshadows Nirvana's Unplugged version.

Barone's originals aren't complex. Most, like "Love Is a Wind That Screams" (audio), are little verse-chorus etudes that culminate in a concise — and often beautifully harmonized — summarizing declaration. Sometimes, these phrases seem slight, but as the songs unfold, they grow in stature; Barone knows the alchemic formula for converting an everyday thought into a powerful refrain. Certainly, the way he sings plays a part in this: He intuits exactly how far to push his voice, and when to let the intricate swirls of cello and guitar fill the gaps of the story.

Though there's applause between songs, it can be hard to believe that this is a live recording. The percussion textures sound incredibly detailed and executed perfectly, and the arrangements swell into dramatic bursts that might have taken months to execute in the studio — and still might not have felt this organic. Barone continues to record and tour today, and where so much music from the '80s exudes that past-the-expiration-date odor, Cool Blue Halo feels timeless, and maybe even exotic. It's a frozen moment from the pre-Pro Tools era, when musicians had to create the magic live, night after night.