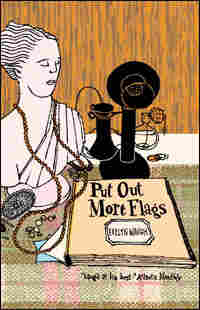 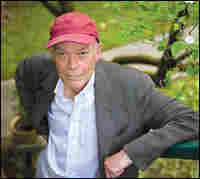 Jonathan Raban is the author of Old Glory, My Holy War and Surveillance. A British citizen, he lives with his 15-year-old American daughter in Seattle, in a house where the famous remark that Britain and America are two countries divided by a common language is proved true — daily. Jonathan Raban hide caption

Long, long ago, I woke one morning to hear an actor reading a serial installment from a book on the BBC. I couldn't place the book, but I immediately recognized its author's faultless ear for the metrical cadence of English and his brilliant rendering of clipped, upper-class English speech. What I heard was almost unbearably funny.

Far too soon, the announcer's voice came on and solved the puzzle of the title and the author's name: It was Evelyn Waugh's Put Out More Flags. Ten minutes later, after a gulped coffee, I was off to the bookshop.

Since then, I've read Put Out More Flags at least once a year and found new pleasures in it on every rereading. It's set in England's darkest hour, between the autumn of 1939 and the summer of 1940, when Britain was faced with imminent invasion by Nazi Germany after its army was routed in France and landed up on the desperate beaches of Dunkirk.

But all that's background noise to the great struggle being conducted in Mayfair and Belgravia, and in ancient, drafty country houses, as the aging bright young things of the 1920s face the strange new world of 1940. Hitler's coming. All the more reason, then, for cocktails, gossip and clandestine affairs. As Sonia Trumpington says, "We're all feeling very gay and warlike. May we come to luncheon?"

At the center of the book is one of literature's classic rogues: the resourceful and unscrupulous Basil Seal. For Basil, the war presents a multitude of intriguing sexual and financial opportunities. When trainloads of slum children are evacuated from the cities as the Blitz begins, Basil alone figures out how to turn a profit from this tide of urban waifs pouring into the unsuspecting countryside. Setting himself up as billeting officer for the district, and armed with three repellent little ragamuffins, Basil terrorizes every superior family in the neighborhood — extracting large checks from the local gentry in return for not lodging the dreadful Doris, Micky and Marlene in their exquisitely furnished houses. He has dozens more such wheezes up his sleeve.

For my money, Waugh is the greatest stylistic craftsman of the 20th century. Tone-deaf to music, he was pitch-perfect when it came to the music of the English language. I love the limpidness of his writing, its shocking clarity. Put Out More Flags is as tightly constructed — point and counterpoint — as a baroque fugue. If it begins in something close to farce, it darkens steadily, like a long summer sunset, as 1940 wears on, and gravity becomes the order of the day.

Even Basil Seal eventually finds a serious job — in a commando unit, where, fighting Nazis overseas, being an incorrigible rogue will make good moral sense. His transformation, from bounder to useful soldier, mirrors the transformation of a whole society, as Britain learned, slowly and painfully, how to fight for its survival. You must — must! — read Put Out More Flags by Evelyn Waugh. 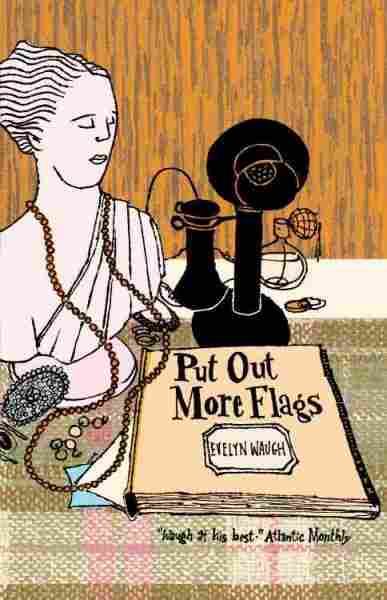