Accessibility links
Slick Oil Ads Aim to Bolster Industry's Image Oil companies have launched advertisement campaigns to bolster their image at a time when they are earning record profits. Congress is keeping a watchful eye on the industry, admonishing executives for the higher gasoline prices facing consumers. 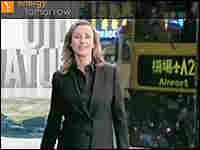 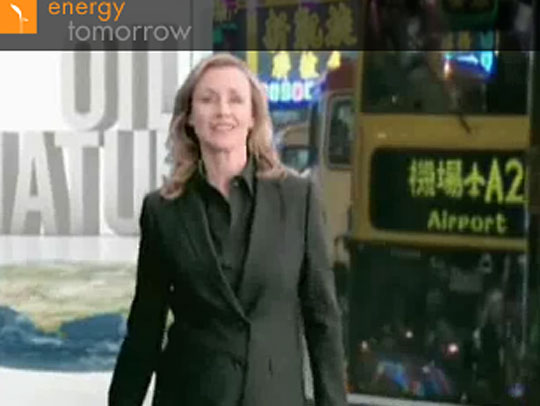 A screen shot of a 2008 television advertisement produced by the American Petroleum Institute, a trade association that represents the oil and natural gas industry in the U.S. The ad is posted on the association's Web site.

During a hearing last month, Sen. Dianne Feinstein (D-CA) told oil executives they lacked an "ethical compass" for racking up huge profits while consumers pay more for their gasoline. Gas prices above $4 a gallon have inspired various energy bills in Congress, some of which propose a windfall-profits tax on the oil industry.

In the face of its political unpopularity, and in an effort to address its poor consumer image, the oil industry has been increasing its advertising spending. During the first quarter of this year, the industry spent $53 million in radio, television and print ads — a boost of more than 17 percent from the comparable period a year ago, according to TNS Media Intelligence, a firm that tracks ad spending.

The American Petroleum Institute launched a series of ads in April called "Do You Own an Oil Company," which cites a commissioned study showing that 41 percent of oil company stocks are held by investors in mutual funds, pensions or "other investments." The API spent $3.8 million during the first quarter of this year on advertising, according to TNS.

The ad about owning oil companies is particularly powerful because it suggests the average American investor is a partner in the oil company's business, said Robert Thompson, director of the Center for the Study of Popular Television at Syracuse University. In selling this message, the industry is trying to slow the growing chorus of complaints against it, in part by linking its business success with the good of the American economy.

According to Morningstar, an investment research firm, 75 percent — or 3,126 of the 4,164 mutual funds it follows — are invested in some form of oil or gas stocks.

API President Red Cavaney says the industry isn't trying to come out smelling like roses. But it wants to educate the public about its point of view, he says. Cavaney also cited a Gallup Poll from last month showing that 20 percent of Americans blame oil companies for the high gas prices — that's down from 34 percent last year.