Accessibility links
Carly Simon, Yael Naim in Concert Twenty-four albums into her career, Grammy- and Oscar-winning singer-songwriter Carly Simon remains a venerable and popular icon. Opener Yael Naim, fresh off a prominent appearance in a commercial, just became the first Israeli-born solo singer to chart in the Top 10. Hear them perform a concert from WXPN and World Cafe Live. 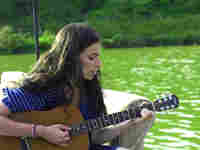 "This Kind of Love"

"Hold Out Your Heart"

Twenty-four albums into her career, Grammy- and Oscar-winning singer-songwriter Carly Simon remains a venerable and popular icon. Click the link above to hear Simon perform a career-spanning concert, with opener Yael Naim, from WXPN and World Cafe Live in Philadelphia. 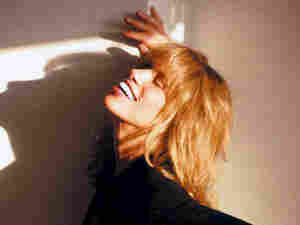 This Kind of Love, Simon's first album of original songs in eight years, finds the singer experimenting with the percussive sounds of Brazilian music. While she wrote most of the record, Simon honored her children, Sally and Ben Taylor, by recording two songs that they had written ("When We're Together" and "Island," respectively). With gorgeous, sultry melodies and beautiful samba instrumentation, Simon adds new elements to her sound without abandoning what made her famous in the first place.

Singer-songwriter Yael Naim received her big break when her song "New Soul" was featured in a prominent MacBook Air commercial earlier this year. In the process, she became the first Israeli solo artist to enjoy a Top 10 hit in the U.S. Born in Paris and raised in Israel, the multilingual singer crafts a mysterious and delicate sound that features elements of folk and jazz.