Accessibility links
An Orphan's Adoption: 'And Away We Went' Days after his birth in 1952, Ray Martinez was sent to an orphanage in Denver. He says the five years he spent there were a time when nothing belonged to him — until his adoptive parents came along.

Listen
An Orphan's Adoption: 'And Away We Went' 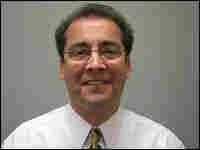 Ray Martinez visited a StoryCorps mobile booth in Ft. Collins, Colo., where he was mayor from 1999 to 2005. hide caption 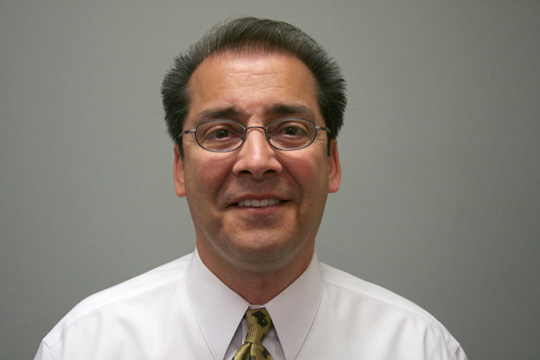 Ray Martinez visited a StoryCorps mobile booth in Ft. Collins, Colo., where he was mayor from 1999 to 2005.

Days after his birth in 1952, Ray Martinez was sent to an orphanage in Denver. He recalls the five years he spent there as a time when nothing belonged to him — not a toy, not a coat, not a closet.

And it was also difficult, Martinez said, to find a place where he belonged.

Back then, the Colorado State Home for Dependent and Neglected Children allowed prospective parents to "check you out like a library book," Martinez said, to see how a child would fit in with their family.

Martinez said he couldn't recall the time he spent in people's homes.

"What I do remember is riding back in the backseat of the car, and no one talking to me. So, I sensed right then and there that for some reason or another, they didn't like me. I didn't know why. I just felt it."

It was after one of those return trips to the orphanage, Martinez said, that he told himself he didn't want to go home with another family on a "trial basis."

"I remember saying to myself, 'I never want to leave this place again.' "

But when he was 5 years old, Martinez was adopted from orphanage.

The facility's staff had realized he was feeling rejected and had recommended to one couple that they visit over a period of weeks instead of a tryout period.

One night soon after that, the matron came and got Martinez from his bed. She carried him to the counter, where a man and a woman waited.

The couple took Martinez home, and showed him his new home, his new room, his new toy chest.

"And they never took me back," Martinez said.

When he was clearing out his mother's cedar chest after her death, Martinez made a discovery:

"My stocking cap, and the toy dog that they gave me — the gift, the very first things I ever owned."

And he's kept them ever since.

This segment was produced for Morning Edition by Katie Simon. The senior producer for StoryCorps is Michael Garofalo.