Accessibility links
Walking in the Light When he was young, Paul Thorn left the church he was raised in because he refused to publicly confess his sins. Since then, the Mississippi singer-songwriter has forged his own path to believing in God — a path free of fear and intimidation.

Listen
Walking in the Light 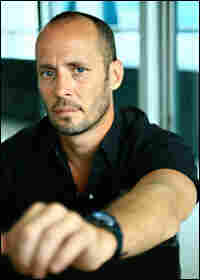 Singer-songwriter Paul Thorn was born in Wisconsin and raised in Tupelo, Miss. He was a professional boxer and worked in a furniture factory before being discovered while playing guitar at a local pizzeria. James Stewart hide caption 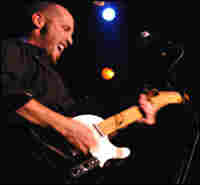 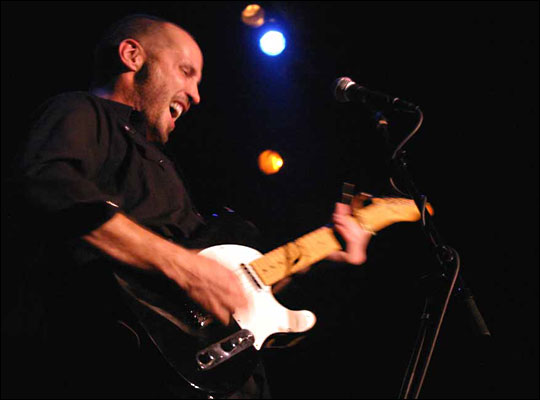 Thorn's latest album, "A Long Way from Tupelo," is his sixth studio recording.

I don't want to be a God-fearing man. I believe in religion without fear.

I grew up in a Pentecostal-type faith in northeast Mississippi called the Church of God of Prophecy where my father was the pastor. At the age of 12, I was sent to a summer Bible camp where fear was the motivation for belief. One night the counselors staged a Russian takeover of the camp, simulating the assassination of our camp director. Real shotgun blasts scared us all to our knees where we begged God for salvation.

At the age of 17, I was dis-fellowshipped from my church for having premarital sex with my girlfriend. Since my father was the pastor, a meeting was arranged between me, my dad and my Sunday school teacher. I was given two options: stand and confess my sins in front of the congregation and be forgiven, or continue my evil ways and no longer be in the club. I chose to be dis-fellowshipped and became officially unaffiliated with the church.

I moved out of the parsonage, got a job in a furniture factory and bought a used mobile home for $6,000. People from the church would come by my trailer from time to time to tell me they were still praying for me, and that they hoped I would come back to Jesus before I wound up in hell. I'd just stare at the ground the way you would with a schoolyard bully and hoped they'd go away.

As the years passed by, opportunity took me all over the United States and to other countries, as well. I saw churches everywhere I went and I noticed something I'd never seen before. I met people who didn't pray to Jesus. You have to understand, where I come from the people who tried to teach me about God by using fear, also kept me from learning about other paths to God. Any variation was described as a trick of the devil.

But I saw good sincere Muslims, Buddhists and Jews all walking in the light — as they knew it. I started to believe that no one is capable of knowing God's specific identity, so I decided to seek him down my own path, because I believe that's what he wants me to do. I talk to him daily. He never says anything back but I know he's listening. I thank him for my family and friends, and I thank him for the good life I have. I still have problems like anyone else, but overall there's peace in my heart.

The people who were trying to get me to God used fear and intimidation like a hammer, beating into submission anyone who dared to question their brand of absolute truth.

The higher power I now pray to gives me love, joy and comfort. And I'm not afraid of him. I had to break away from the God I was supposed to believe in to find the God I could believe in.