Accessibility links
Female Chimps Practice Safe Sex Female chimpanzees tend to be more discreet than other primates about making sounds during sex. A team of researchers set out to discover why. 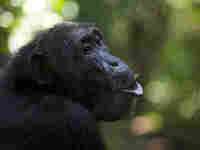 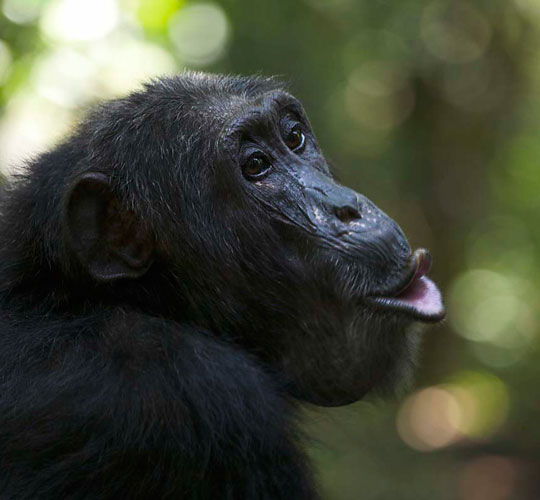 Maani, a female chimp in the Budongo Forest in western Uganda.

Call of the Wild

A female chimpanzee calls out during copulation. 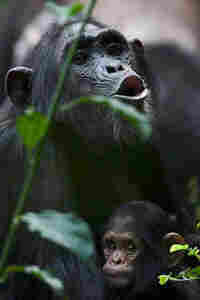 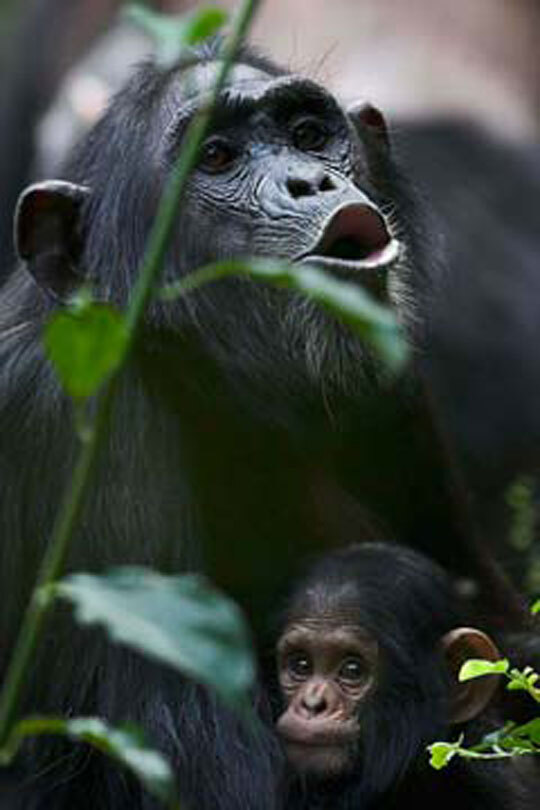 KL, a female chimp in the Budongo Forest.

Copulation calls — the sounds made during sex — seem to help female primates attract as many sex partners as possible. As a survival strategy, it's a good way for a species to ensure that its genes are passed on. But a team of researchers recently discovered that female chimpanzees tend to be more discreet.

Simon Townsend, a scientist with Scotland's University of St. Andrews, was studying chimpanzees in the Budongo Forest in western Uganda when he noticed that, unlike other primates, female chimps did not always produce a copulation call. So Townsend decided to do a bit more research.

Over a period of several months, he documented seven females involved in 287 sexual encounters. Interestingly, the females made their copulation call only about one-third of the time. Townsend realized that the chimps were suppressing copulation calls when a high-ranking female was nearby.

"They work out who's in the audience," says Townsend. "They can compute rank differences between themselves and these other females, and then from that they can decide whether to produce a call or not."

High-ranking female chimps have a tendency to be violent when they catch a competitor in the act, hence the secrecy. So why take the risk of making copulation calls at all?

Townsend says that female chimps need to alert desirable males that they're available for breeding. A female chimp needs as many partners as possible in order to protect her future children. As Townsend points out, "If lots of high-ranking males mate with her then ultimately a lot of them will be confused as to whether they're the father or not."

In other words, an adult male will not kill a baby if he thinks it might be his offspring.

Scientists believe that female chimps may be more discreet than other primates about their liaisons because of a difference in social structure. Dorothy Cheney of the University of Pennsylvania studies baboons. Female baboons spend most of their lives in a relatively harmonious group of other females, usually relatives.

"With chimpanzees," says Cheney, "females usually come from other groups and are unrelated to many of the other females in the group, and as a result, there may be much more competition for access to males and also for protection from males."

That competition may be what makes it so much more dangerous for female chimps to advertise their sexual encounters.