Accessibility links
Chinese Fans Follow American TV Online — for Free Political censorship is a way of life in China. Watching pirated U.S. television shows, on the other hand, is one freedom many in China have grown used to — and increasingly, the distribution channels are moving online.

A screen grab from YYeTs.net, where an army of volunteers creates Chinese-subtitled versions of English-language TV shows — within hours of their initial broadcast stateside. Courtesy YYeTs.net hide caption 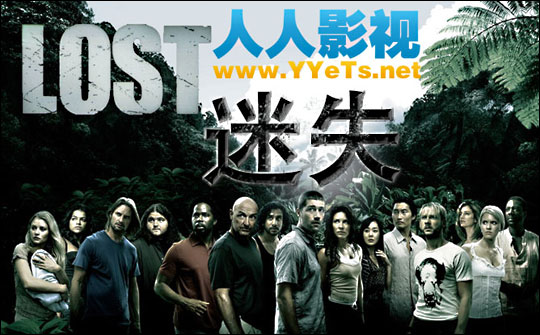 A screen grab from YYeTs.net, where an army of volunteers creates Chinese-subtitled versions of English-language TV shows — within hours of their initial broadcast stateside.

China now has more people on the Internet than any other nation. Although the Chinese government does a good job of censoring political content online, it's been more lax about cultural matters.

More than 200 million Chinese now have access to American TV online, for example. Downloading has become so popular, that it's even cutting into the profits of vendors who sell pirated DVDs.

In the French Concession district of Shanghai, from behind a table piled high with DVDs, one such vendor laments that his business isn't going very well. He sells an entire season of the ABC program Lost for seven yuan — about $1.

But in Shanghai's most upscale neighborhoods, there's no reason to pay even that much.

Yao Jun prefers to get his entertainment on the Internet, where he can find the shows he likes almost immediately after they've aired in the U.S. Yao lives 45 minutes from the center of Shanghai, in a newly minted gated community of prefab townhouses.

In a den on the second floor sits the center of Yao's home entertainment: a desktop computer with a high-speed Internet connection. He's a big Lost fan — he's just downloaded the latest episode — and he prefers American TV to Chinese television.

Unfortunately for Yao, the Chinese government will not allow American companies to broadcast their shows on Chinese television.

Yao speaks only a little English, but he's able to watch these programs because he downloads them from a Web site where the latest episodes turn up with regularity — and with Chinese subtitles.

The subtitles are created by other China-based fans of American television. Two of them agreed to talk with NPR at a brand-new, latte-serving cafe in Shanghai. They give only their screen names — Han Xian and Liang Liang.

Han says they can download untranslated versions of the American shows from the peer-to-peer file-sharing site BitTorrent as soon as 10 minutes after new episodes air in the U.S. Then they find closed-captioned scripts in English; those also turn up online shortly after the show airs.

The captioned scripts are the raw material. Han says they take those scripts and turn them into creative Chinese translations.

"We are concerned that every character gets his own personality," says Han. "We're not just making subtitles; we're making better subtitles."

Part of what makes those subtitles better is that they explain references to American culture and history. Han takes out a laptop and shows a translation from an episode of Heroes that mentions Robert E. Lee.

"Nobody knows this guy," says Han. "So we just make a remark: 'This is a general in the Civil War.' "

Han says there are about 200 translators who work in his group. They're located all over China.

Liang Liang organizes the group and helps make sure each new show has translators assigned. Among the translated shows posted on their Web site, YYeTs.net, are American Idol, Prison Break, Gossip Girls, Survivor, The Moment of Truth and Battlestar Galactica.

Liang, Han and all the other translators are volunteers. The group even puts its own money into maintaining the site.

"We are a nonprofit organization," says Han. "To some extent, what we do is a kind of bridge for two different cultures."

Although they would not give me their real names or meet me at their homes, Han and Liang say they don't think they are doing anything illegal.

In fact, they could face fines if caught. But the chances of getting caught are slim.

'Study Me and Live'

"Right now, we are focusing on the large Internet portals ... such as Yahoo, Sina and Sohu," Wang says.

Wang says regulators have made a lot of progress in the past couple of years. But the government simply does not have the resources to go after small Web pirates. Wang says the idea of intellectual property is new to the Chinese, and they need help from Western countries with more experience.

The U.S. government is happy to help. It's a sign of just how serious the problem is for American companies that the U.S. Embassy in Beijing is home to a special intellectual-property attaché.

His name is Mark Cohen. On one wall of his office is a print by a Chinese artist from the turn of the century. The calligraphy reads: "Study me and live. Imitate me and die."

To Cohen, that painting is evidence that the Chinese are not new to the idea of intellectual property. Cohen points out that "the earliest copyright case involving Chinese companies occurred around 1802."

Cohen believes the failure to crack down on online piracy is more about will than about resources. He notes that the government is able to keep most people from getting politically sensitive information about topics such as Tibet and Taiwan.

"Generally, in China, the agencies that deal with content control have a superior rank to the people who deal with copyright protection or IP protection," Cohen says.

Still, the Chinese are improving, Cohen acknowledges. He attributes this to pressure from China's own corporations, which are increasingly creating their own intellectual property — and having it stolen online.

But the Chinese government may find itself in a tricky situation. Many of its people seem resolved to political censorship. But, they have gotten used to the freedom to get the entertainment they want online.

Lost fan Yao Jun gets red-faced when asked what he would do if the government blocked access to the American television shows he likes.

"What if we all started to boycott all Chinese shows?" he asks. "That would be a huge loss — and we think this is our right. We have the right to choose what we want to watch."

Then Yao said something that producers in Hollywood would be happy to hear.

If he could legally get American TV, Yao said, he'd be happy to pay a reasonable price for it.