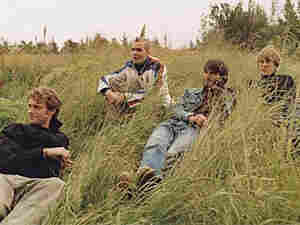 The Icelandic band Sigur Ros creates an uplifting and joyful departure with its fifth album, Med Sud I Eyrum Vid Spilum Endalaust, which translates to "With a Buzz in Our Ears We Play Endlessly."

Last 2 Walk is the latest record from hip-hop duo Three 6 Mafia, best known for its Oscar-winning hit, "It's Hard Out Here for a Pimp," from the film Hustle & Flow.

On Hercules and Love Affair's self-titled debut, DJ Andy Butler teams with Antony Hegarty (of Antony & The Johnsons) to revive the New York disco sounds of the '90s.

Guitar icon Ry Cooder crafts an opus with I, Flathead, the third album in a trilogy that explores the historicy of the American musical landscape.