Accessibility links
Brent Stirton, Chronicling the Virunga Gorilla Murders In July 2007, Brent Stirton shocked the world with a photo of a murdered mountain gorilla — one of seven killed, execution-style, in their jungle preserve. This year, Stirton returned to the Congo to help answer a question many had asked: Who killed the Virunga gorillas? 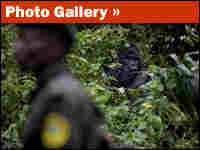 Photo Gallery: The Massacre of the Mountain Gorillas 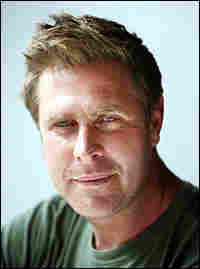 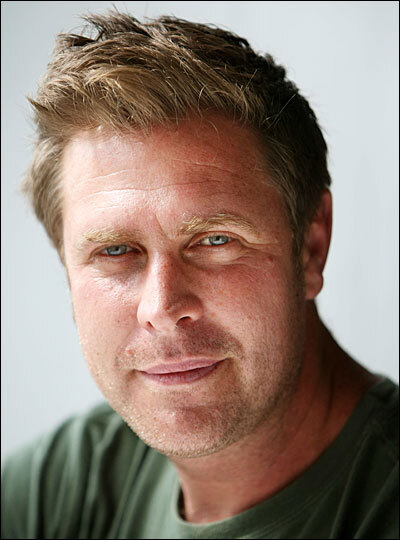 Brent Stirton won a World Press Photo award for his work in the Virunga National Park.

Last July, Brent Stirton took a photograph that shocked the world when it was published in Newsweek — a picture of a dead 500-pound male gorilla named Senkwekwe, one of six endangered mountain gorillas who had been murdered, execution-style, in the Virunga National Park in the Democratic Republic of the Congo.

In the photo, Senkwekwe is strapped on his back, on a litter made of saplings. More than a dozen African men are carrying him — gently, respectfully — out of the jungle that was supposed to be his sanctuary.

When Stirton took that photo, one pressing question was still unanswered: Who would do such a thing, and why?

Stirton recently got a chance to investigate the answer. He was the first photojournalist allowed back into the part of Virunga where the mountain gorillas live — a section now controlled by a militia.

What Stirton and writer Mark Jenkins learned was that the answer is complicated: The story is a kind of microcosm of the war in the Congo and the aftermath of the Rwandan genocide. It involves brutal militias, corruption, smuggling and an unfolding environmental nightmare.

But it is also a story of simple horror, and of a moving human response. Stirton tells Terry Gross that the evacuation of the gorillas' bodies from Virunga was unlike anything he'd seen in more than a decade of covering some of the planet's worst atrocities.

"I've never seen that degree of stoicism, or sobriety, or somberness," Stirton says. "It was a very sober affair. There was no talking. ... For many moments at a time the only thing you could hear was the sound of people walking. ... I've never seen that before, even when people were collecting the bodies of humans, when I've seen massacre sites."

A Refuge, Sitting Squarely in the Crossfire

Mountain gorillas are among the world's most endangered species; only an estimated 720 of the primates remain alive today.

The DRC's Virunga National Park is in the same region where researcher Dian Fossey studied the gorillas — and battled poachers — four decades ago.

But the 2007 killings bore none of the hallmarks of poachers, who usually take the adult animals' heads and hands as trophies, and carry off the gorillas' young for sale on the black market. The victims were simply slaughtered — as a message, most preservationists think.

One theory that Stirton has come to believe: It was part of an ongoing struggle over illegal charcoal production in the park's ancient hardwood forests — a struggle that involves corrupt Congolese army factions and more than one Hutu militia.

Stirton, a native of South Africa, is a senior staff photographer for Getty Images. More of his photographs, including many not published in either Newsweek or National Geographic, can be seen in a slideshow on his site; the National Geographic article is available online.