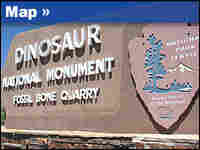 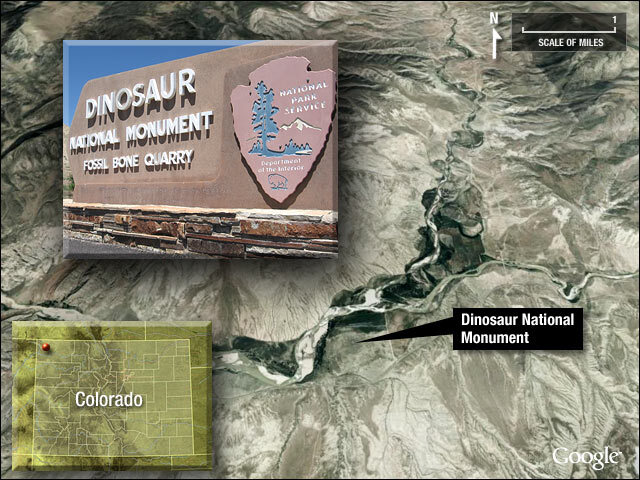 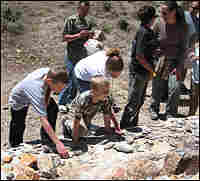 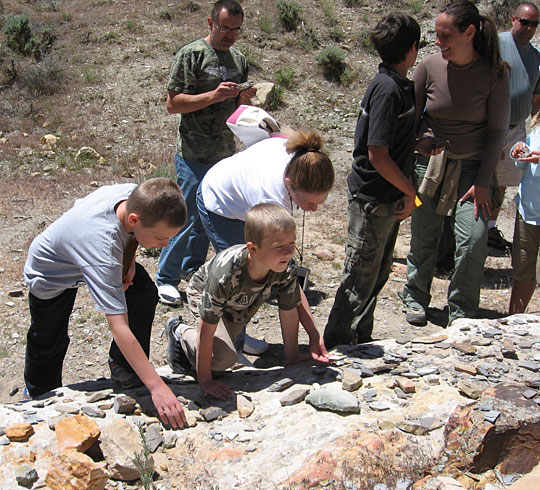 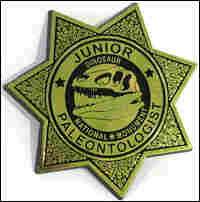 The badge that reporter Jeff Brady earned while visiting the park. hide caption 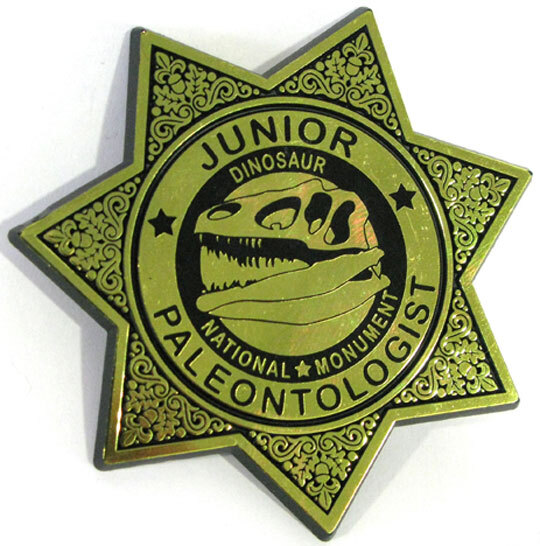 The badge that reporter Jeff Brady earned while visiting the park. 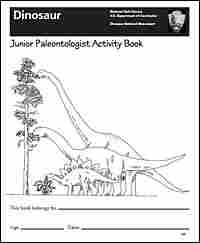 Share your photos of family vacations in the national parks in the NPR National Parks Flickr group. We will post a sampling of your submissions later in the week.

Millions of years ago, northeastern Utah was a hot spot for dinosaurs. Today, people travel to the Dinosaur National Monument located on the borders of Colorado and Utah to see the leftover dinosaur bones. Visitors can see as many as 1,500 Jurassic-era fossils exposed on the cliff face of the Douglass Quarry.

Justin Hazelwood, 10, is the family expert and an aspiring paleontologist. His mother, Kay, says his obsession has become a family learning experience.

"I didn't know anything about dinosaurs until he got interested in them when he was, like, 3," she says. "We used to read dinosaur information books at bedtime. My mom refused to read them because she couldn't pronounce the names. She's like, 'I'm not reading those!' "

The Hazelwoods traveled to the monument from Lexington, Ky., recently, and Justin aimed to become an official "junior paleontologist," a designation that comes with an impressive gold star badge. He worked his way through an activity book picking out and circling the dinosaurs on a page filled with all kinds of animals.

"The ones that flew, swam in water and that are mammals are not dinosaurs," he explains. "Dinosaurs were all reptiles."

The activity booklet is relatively new, and National Park Service officials say its goal is to teach the 2,000 or so kids who come through the each summer that fossils tell a story about the past and that they shouldn't stick them in their pocket.

There's also a guided walk to be completed before Justin is able to earn his coveted title. After a short bus ride and a climb up a steep trail along a rock face, Justin and another aspiring junior paleontologist, Tyler Sachse, spot something sticking out of the rock.

"My sisters think it looks like wood, but I sort of think it looks like bone," says Sachse, who is visiting from Jupiter, Fla. "And I looked at it like this and I see very, very small holes in it. I know some bones have holes in them so it can, like, make blood and stuff."

The hike ends, and everyone returns to the visitor center where Park Ranger Matt Greuel leads the group in taking their pledge, before conferring the badges.