Accessibility links
Crazy Love: In Paris, a Fatally Attractive 'Mistress' L'amour fou has rarely been crazier than in Catherine Breillat's splendidly perverse period romance, whose kisses come dipped in poison — and whose lead (the mesmerizing Asia Argento) is no lady. 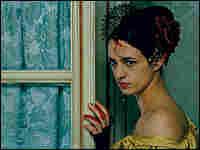 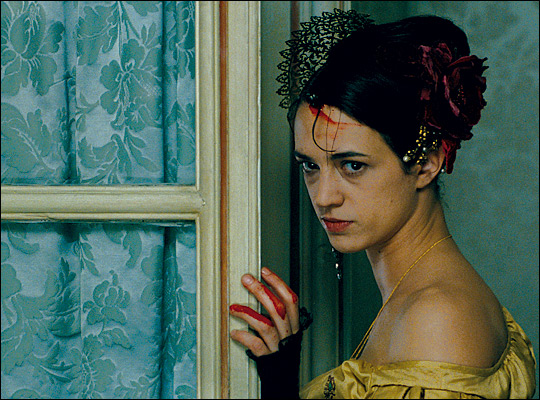 Vellini (Asia Argento) relishes her position as a female libertine.

Not rated, but contains plenty of sex and blood, as Breillat films are wont to do. 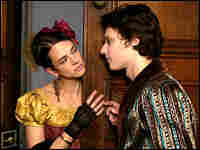 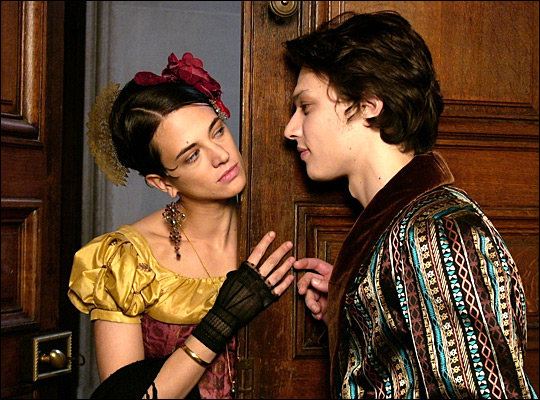 L'amour fou has rarely been crazier than in The Last Mistress, a splendidly perverse period romance with kisses dipped in poison and flirting done through fangs.

Set in mid-19th century France, The Last Mistress stars Asia Argento as the infamous La Vellini — "a courtesan on the wane," per society gossip, and "very vulgar, I hear."

If her origins are dubious — "the illegitimate daughter of an Italian princess and a famed Spanish matador," someone whispers — her social status is doubly so: "She led a shady life in Seville before being rescued by a marriage to a wealthy English baronet."

But her androgynous aristocratic lover isn't the only one riveted by her volatile allure and feral charisma. From scene one, rising off her daybed like a lethal odalisque, Argento makes for a mesmerizing presence. You can't keep your gaze off her — though if you stare too hard she might well stab you in the eye.

The Last Mistress tells, in flashback, of the explosive affair between Vellini and that lover (played by Fu'ad Ait Aattou) — starting from her dismissal of his advances, proceeding through a duel for her affections that leaves him wounded but alive, then on to a lightning reversal of mind that brings her lips to his boyish chest, sucking his blood in amorous rapture.

Breillat and Argento — both uncompromising, strong-willed women — were reportedly at each other's throats during the making of the movie. Whatever tensions broiled behind the camera, though, the final result is suavely and shrewdly entertaining.

As ever with Breillat, the storytelling is impeccably shot and cut — but the trappings of a period piece seem to have liberated her from a tendency toward dour, pretentious excess. The arch, humorless tone of her lesser pictures always reminds me of the hilarious, would-be radical artist played by Julianne Moore in The Big Lebowski: "My art has been commended as being strongly vaginal, which bothers some men." But no such posturing dulls the keen dramatic edge of The Last Mistress — a bodice-ripper that draws blood.