Accessibility links
Gates Retires from Daily Role at Microsoft Bill Gates helped bring computers to the masses, creating a company so influential that it was once dubbed "the Evil Empire." On Friday, he moves on to a full-time role as the world's leading philanthropist.

Trace Bill Gates' progression from child prodigy to one of the wealthiest and most powerful people in the world.
Alice Kreit/NPR 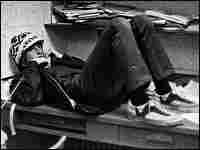 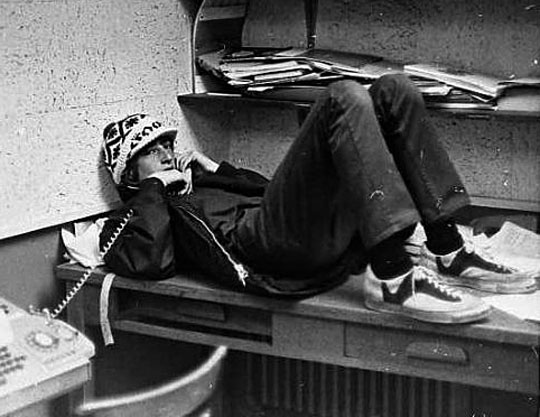 Gates as a teenager at Lakeside School in Seattle. 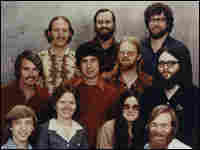 The original 11 members of Microsoft, who worked at the company in Albuquerque, N.M., gather for a portrait in 1979. Gates is at the left end of the bottom row. Courtesy of Microsoft hide caption 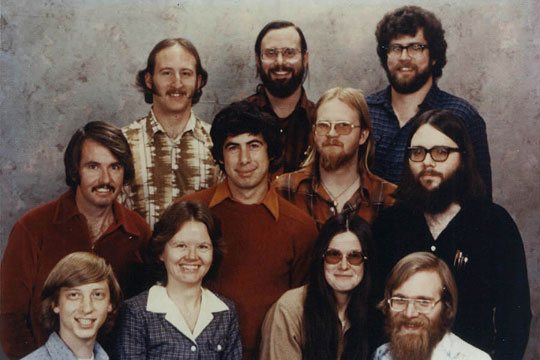 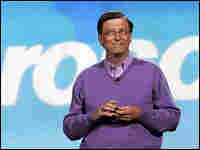 Gates speaks at the 2008 Consumer Electronics Show, his final appearance at the event as a Microsoft executive. Robyn Beck/Getty Images hide caption 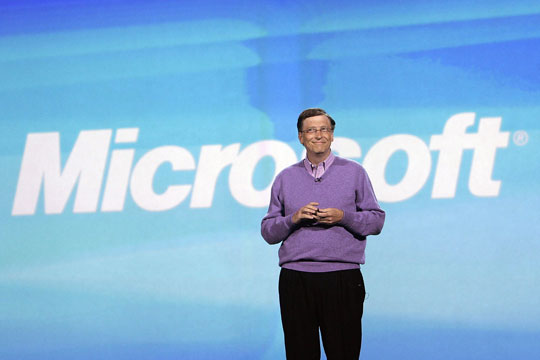 Gates speaks at the Consumer Electronics Show, the world's largest annual consumer technology tradeshow, in Las Vegas on Jan. 6, 2008. It would be his final appearance at CES as a Microsoft executive. 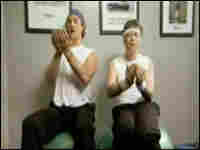 Getting buff with Matthew McConaughey? That's one of the ways Gates might spend his retirement, according to a spoof video in which he starred. YouTube hide caption

Friday marks Bill Gates' last day in his corner office at Microsoft, the company he built into a technology and profit-making powerhouse. While he will remain chairman of the board and will serve as adviser to the company, he now turns the bulk of his attention to his philanthropic foundation, the wealthiest in the world.

Gates, 52, is leaving with the legacy of having created and shaped one of the world's most influential corporations. While some of Microsoft's business practices have been sharply criticized, there is no denying that, as head of the company, Gates has done more than anyone else to bring computing to the masses.

Beginning of the Story

Forty years ago, while an eighth-grader at the private Lakeside School in Seattle, Gates was introduced to his first computer. He was immediately smitten, as was fellow student Paul Allen.

The two became fast friends, says Ed Lazowska, who holds the Bill and Melinda Gates Chair in Computer Science at the University of Washington.

"They did the scheduling for Lakeside School — there are rumors they and their friends got into the classes of their choice," says Lazowska. "It was just a couple of brilliant guys who got captured by this cool field."

In 1975, Gates and Allen — both college dropouts — started a tiny software firm.

Lazowska produces a copy of a posed portrait taken in 1978 of the 11 original Microsoft employees. The group is young. A few wear tinted glasses with heavy rims, and there is a lot of facial hair. The joke caption frequently seen with this now-famous photo is: "Would you invest with these guys?"

No company has ever minted millionaires or billionaires like Microsoft.

A PC in Every Home

Though the company certainly did not invent the personal computer, Microsoft's founders had a vision of a PC on every desk and in every home.

"In the mid-1980s, that was still kind of a crazy thing," says former Microsoft executive Nathan Myhrvold in a company video. "It went — in a very short period of time — from insane that everyone would have a computer to, of course, everyone will have a computer."

As far back as the late 1970s, Gates recognized the value of software. In a now famous "Open Letter to Hobbyists," he argued that if computer users wanted to do more things with their computing machines, they would need better software and they would need to pay for it. It was a radical notion at the time.

While still in his 20s, Gates had another bold idea. He envisioned the possibilities if all computers could speak the same language, run the same operating system, and use the same software for writing documents and spreadsheets.

Rob Horowitz is the CEO of Directions on Microsoft, a research firm dedicated to tracking Microsoft. He recalls the days before Gates and Microsoft revolutionized computing.

While some viewed this monopoly as constructive, others, including antitrust regulators, saw Microsoft as a ruthless competitor, one that maintained its monopoly by illegal means.

In May 1998, the U.S. Justice Department charged Microsoft with engaging in anticompetitive and exclusionary practices designed to maintain its monopoly in personal computer operating systems and to extend that monopoly to Internet browsing software.

"The evidence presented in court today demonstrates that Microsoft used its massive monopoly power to harm competition and to harm consumers," said Joel Klein, head of the Department of Justice's Antitrust Division, outlining the government's case against the company in 1998.

In the wake of investigations, Microsoft acquired the not-so-flattering nickname of "the Evil Empire."

"They had gotten away with so much on the competitive front, I don't think they thought they could be brought down by the DOJ," says long-time Microsoft watcher Mary Jo Foley, author of Microsoft 2.0.

The epic battle between Microsoft and antitrust regulators raged for years before settlements were reached. Many critics contend the company got off much too easily.

But that was a long time ago, and Gates and company have moved on.

Pioneering in a New Field

While Gates is retiring from his daily role at Microsoft, he plans to spend about a day a week on company business. He will spend much of the rest of his time at the Bill and Melinda Gates Foundation. The foundation focuses on poverty, education and global health. In a recent interview with NPR, Gates spoke about the importance of eradicating diseases such as malaria and tuberculosis.

"Once you improve health in a country, it really changes everything," Gates said. "Parents don't need to have this many children to be sure that someone will support them in their old age. And so population growth goes down. You can feed, you can educate, you can provide jobs."

As Gates moves to a full-time role at the foundation, he embarks on what may be described as his second life. His first life was at Microsoft, bringing computers to the masses. His second life is just beginning: as the world's leading philanthropist.