Accessibility links
So You Want to Learn Cartooning? Hit the Book Two comic artists have created a textbook, Drawing Words and Writing Pictures, that teaches people the grammar of comic art, from penciling a story ever so lightly on tracing paper to inking a bubbly "The End" to the finished strip.

Listen
So You Want to Learn Cartooning? Hit the Book 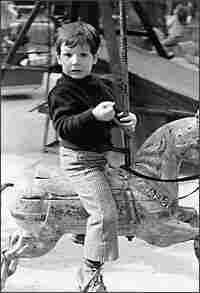 See Tips on Drawing from a Photo 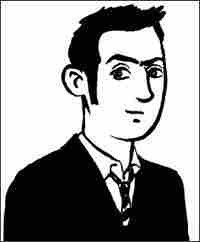 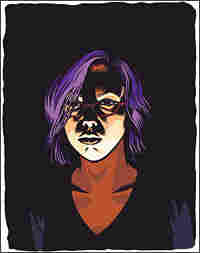 Cartooning isn't easy. You have to be a jack of all trades, creating a story both visually and literally. So, how do you learn the fine art of cartooning?

Thanks to two comic artists, you can pick up a textbook and start inking. Drawing Words and Writing Pictures: A Definitive Course from Concept to Comic in 15 Lessons is the brainchild of Jessica Abel and Matt Madden. They say there's a need for a textbook that teaches cartooning in more than one way.

Abel and Madden have been teaching comic art at New York's School of Visual Arts for the past eight years. They realized they did not have a definitive, structured text to use in class, so they took on the task of creating a lesson-based textbook for use in college-level, studio-class settings.

They also had another reason for wanting Drawing Words and Writing Pictures. Both Abel and Madden are accomplished comic artists, but neither of them had received formal training. They learned on the job, channeling the little information that was available from various sources.

Drawing Words and Writing Pictures is training in the grammar of comic art. And there are a lot of fundamentals to learn: panel borders, emanate, motion lines, gutters, word balloons and much more. Each element has a different set of standards and exceptions, so that's where this textbook comes in.

Abel and Madden playfully guide readers from start to finish, from penciling a story ever so lightly on tracing paper to inking a bubbly "The End" to the finished strip. What characters, adventures and stories you create are totally up to you. That's the art, Drawing Words and Writing Pictures is the ticket to fluency in the craft. 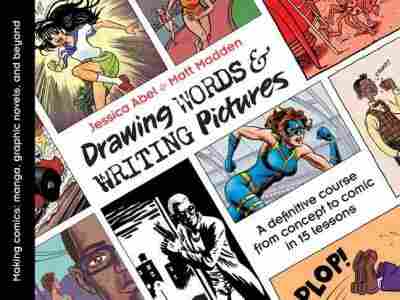 by Jessica Abel and Matt Madden