Accessibility links
Ballet's 'Flying Cuban' Looks Toward Home Ballet dancer Carlos Acosta is known for powerful leaps that make him seem to fly. Those leaps have earned him comparisons with Nureyev and Baryshnikov. He grew up in a poor neighborhood outside Havana. How that boy became a man who dances with grace and power is the subject of Acosta's memoir, No Way Home. 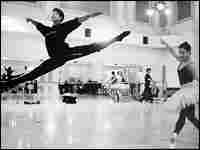 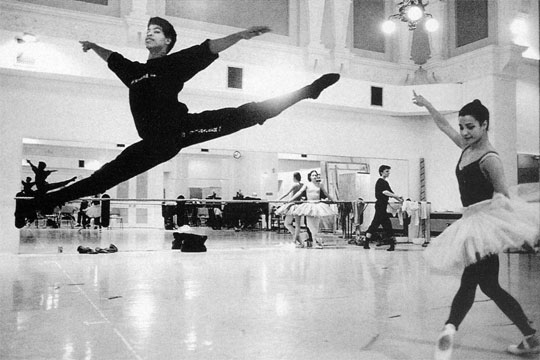 I Felt That I Was Flying...

In 1990, at the age of 16, Carlos Acosta competed for the Prix de Lausanne, a prestigious international ballet prize. In an excerpt from No Way Home, the dancer recounts his winning performance. 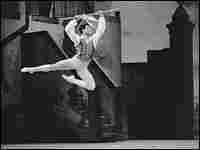 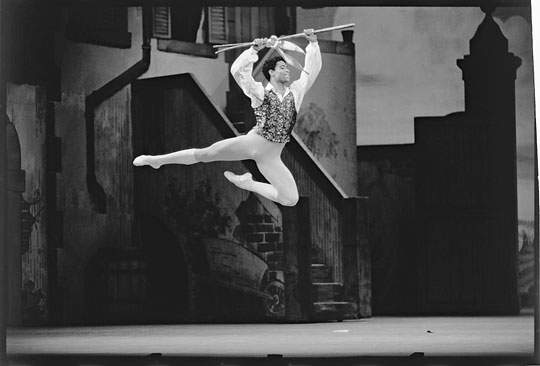 Ballet dancer Carlos Acosta is known for powerful leaps that make him seem to fly. Those leaps have earned him comparisons with Nureyev and Baryshnikov.

Growing up in Cuba in the 1980s, Acosta would have much preferred a different comparison: to the Brazilian soccer star Pele.

As he tells Renee Montagne, Acosta grew up in one of the poorer neighborhoods outside Havana. And he was a young boy in a racially mixed family — his mother was white and his father black — when there was still a lot of prejudice in Cuba.

How that boy became a man whose ability to dance with grace and charisma — and to leap to astonishing heights — earned the nicknames "The Flying Cuban" and "Air Acosta" is the subject of Acosta's memoir, No Way Home.

In the book, Acosta recalls how he felt "embraced' by the small world known as Los Pinos, the small suburb where his family lived.

And after ballet entered his life, Acosta went on to win a top international ballet prize at 16; dance as the first black Romeo at London's Royal Ballet; and choreograph a ballet based on his childhood. 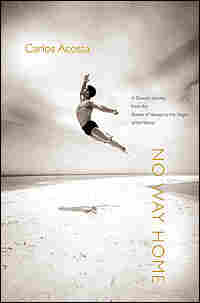 In this excerpt, Carlos Acosta describes competing for the Prix de Lausanne, a prestigious international prize for ballet performance, which he won in 1990 at the age of 16.

There were just eleven of us finalists. I was one of the first to arrive at the theater, and I put on my makeup. Unlike the day before, however, I did not speak to anybody. I barely even responded when Victor said hello. I wrapped my body up well in a red cotton cape that one of my teachers, Marco Pierin, had given me during our tour to the city

of Bergamo. I put on two pairs of leg warmers, one nylon, the other wool. I covered my ankles, then I went to warm up alone in the remotest place I could find, where no one and nothing could break my concentration.

Forty minutes later, when I considered myself ready, I went upstairs to dress myself in the black, white, and red jacket of Don Quixote. In the corridor, television cameras briefly followed me until I disappeared into the stairwell. The chairman of the competition announced the start of the final round, which prompted a wave of applause that sounded to me as loud as any soccer stadium cheer. I had disappeared into a place so deep inside myself that I could scarcely hear the audience and did not realize that Victor had wished me luck until after we had passed each other on the stairs. I kept on walking as though I had not seen anyone. The only Carlos in my mind now was telling me: "This is your chance to change your future, don't let it get away from you."

At first I repeated this line silently to myself, but after a while I started saying it out loud. Nothing else mattered to me.

The piano was playing the woman's variation from The Corsair, and, as soon as the applause died down, the man's variation from The Nutcracker started up. Three variations later it would be my turn. I began to sweat, but my hands were like ice, which always happens when I am about to dance. The applause broke out again, and this time it seemed to say, "Strength, Carlos, strength!" as if everybody was on my side.

All my longing to be good, to feel loved, and to make somebody proud of me welled up. I knew the moment had come to achieve my dream of being someone.

My name was announced. I straightened my jacket and placed my left hand on my waist. The reverberation of the microphone, the noise of the audience quieted to a deathly hush. I tensed my buttocks, opened my eyes, lifted my neck, and presented the full force of my smile to the world. I walked out and positioned myself in the tendu derriere. This time I cued the music with a confident signal from my right arm, and my body rose up toward the roof of the theater. My legs had turned into eagle's wings. I felt that I was flying and that nobody and nothing could hold me back. My pirouettes were clean, finishing always with a lift of my head to accentuate their perfection. I performed the double tours en l'air precisely in time to the music, sustaining the arabesque at the end of each one just as I had been taught to do. All that was needed was one last effort for the final pirouettes. My heart was pounding. For one moment I was assailed by doubt, but as I flexed my thigh muscles I said to myself, "Come on, you bastard, you're nearly there. Don't give in now!"

I prepared myself with a tendu latéral. I propelled myself forward, aaaaand . . . Pruuum! The piano fell silent.

I remained kneeling on the floor for some seconds, listening to the thunderous ovation, blinded by the camera flashes that were sparking all over the auditorium. I bowed, my mind running over what I had just done. Those jumps and spins were the howls of the caged animal that I carried inside myself. I had danced myself free.

Excerpted from No Way Home, by Carlos Acosta. Copyright © 2007 by Carlos Acosta. Translation © by Kate Eaton. Originally published in Great Britain in 2007 by HarperPress. Reprinted by permission of Scribner, an imprint of Simon & Schuster. 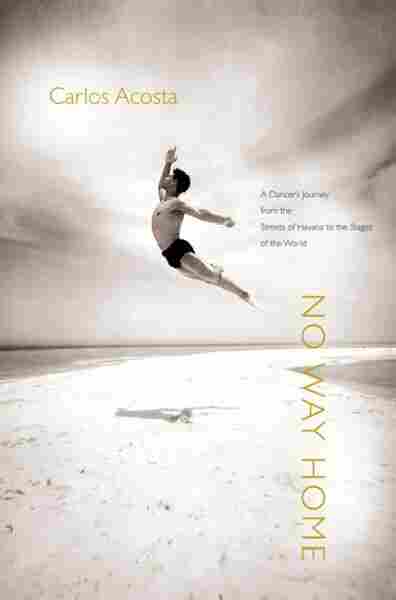